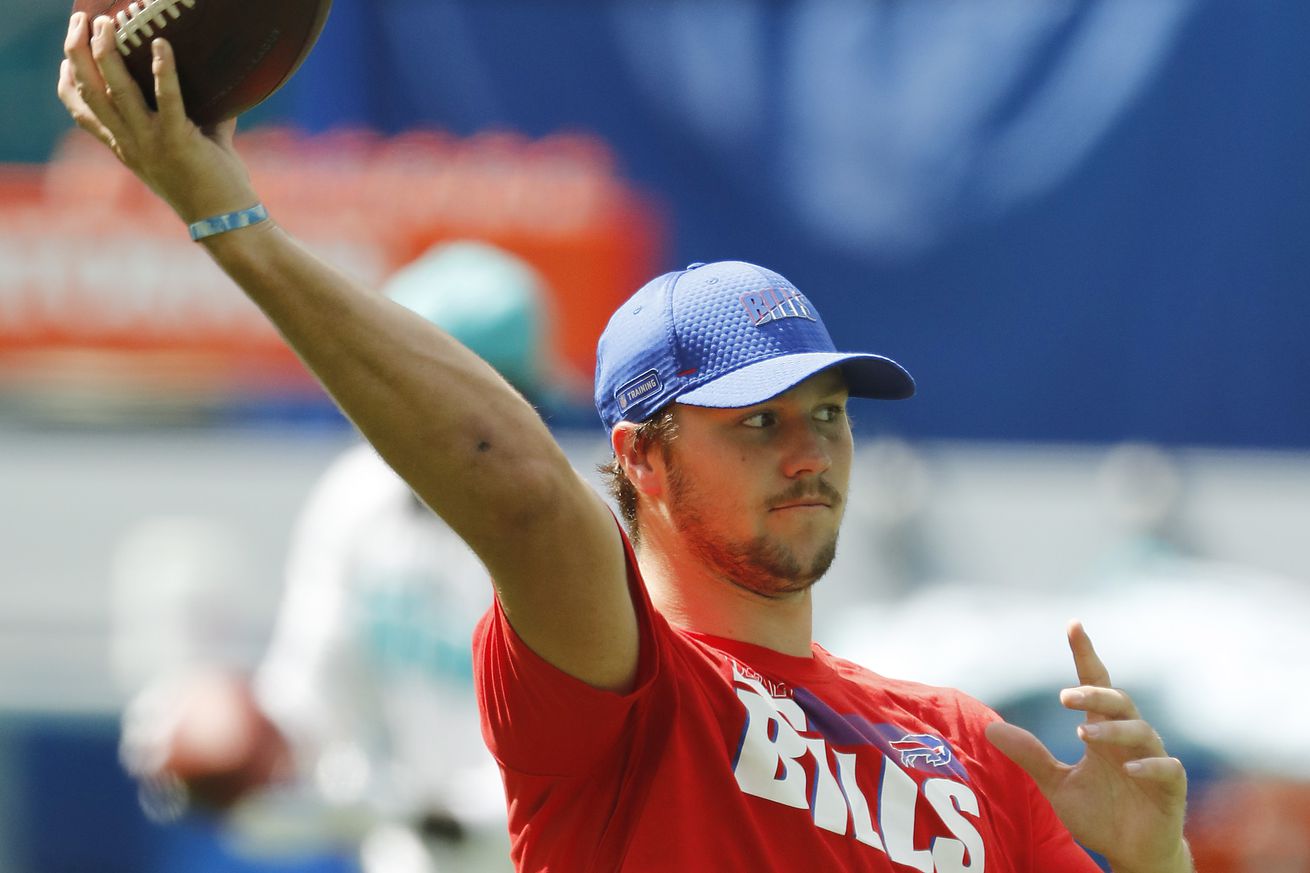 Buffalo Bills quarterback Josh Allen is drawing national attention for his performance against the Miami Dolphins in Week 2. He leads the NFL in passing and had 417 yards and four touchdowns Sunday. He’s even seeing some awards head his way.

First, Allen was named the AFC Offensive Player of the Week. It’s the third time in three seasons he’s earned the award (and all against the Miami Dolphins). In 2018, it was Week 17 while it was Week 11 in 2019 and then Week 2 this year.

Secondly, we went to the fans who voted Allen the FedEx Air Player of the Week in Week 2, beating Dak Prescott and Russell Wilson in the process.

In addition to that, Kyle Brandt gave Allen a special award:

“He’s here to lead the NFL in passing and truck through defenders. @JoshAllenQB is a MANIAC!”

Allen earned the Angry Run of the Week for his third down rushing attempt after flattening a linebacker and defensive lineman (but failing to pick up the first down).

If he keeps playing this way, Allen will be garnering more national attention in the future.