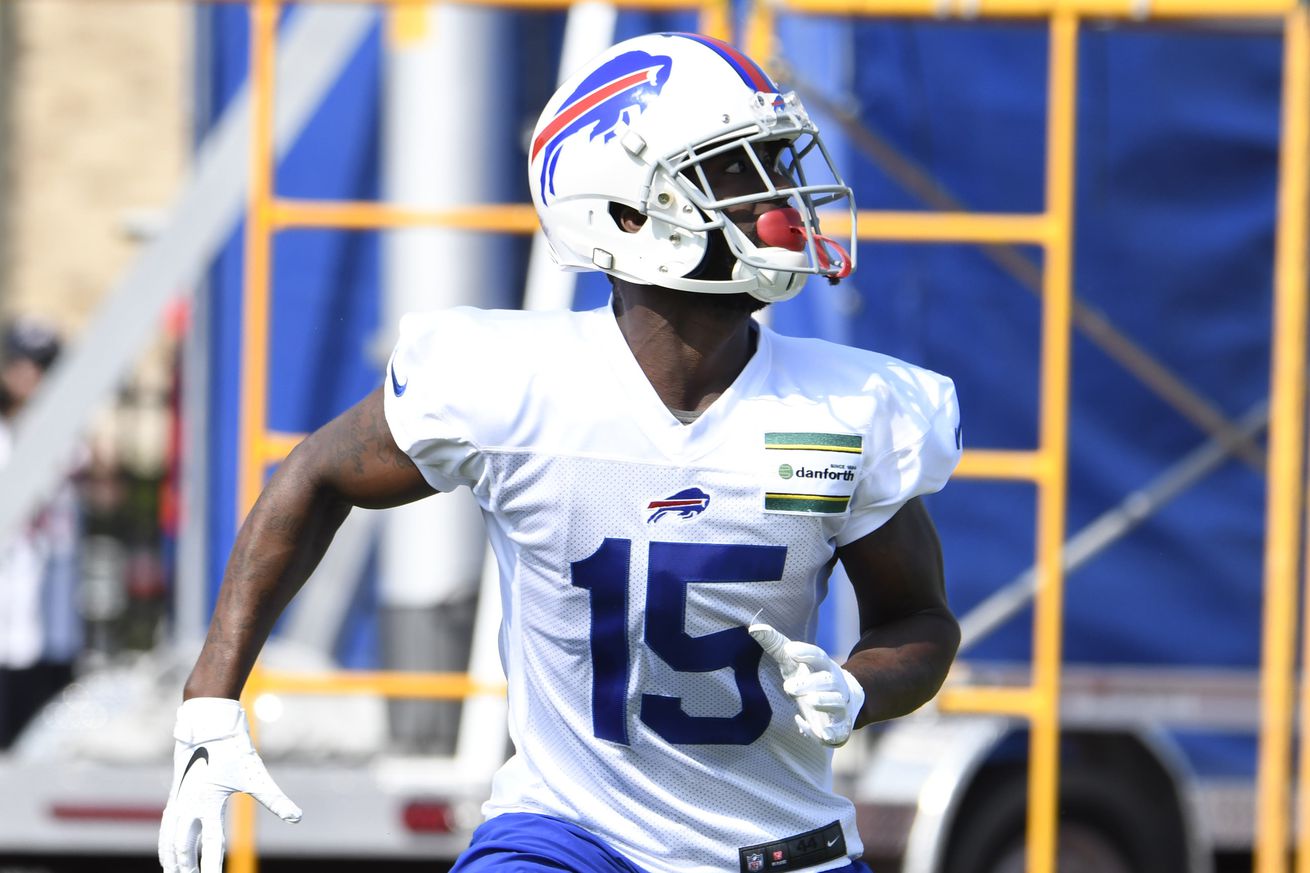 Plenty to celebrate from this Bills practice.

On a blustery day in Orchard Park, the Buffalo Bills starters delivered a complete, impressive performance against the team’s backups in their Thursday scrimmage. Josh Allen completed 70% of his passes and threw for 300 yards. He threw two touchdown passes and ran in another score (he also had an interception, deflected off the hands of his receiver). Meanwhile, the backup offense was constantly under duress by the starting defense. Aside from a 25 yard carry by T.J. Yeldon, they managed almost nothing in each drive.

Despite Stefon Diggs sitting out practice with lower back soreness, the Bills offense didn’t skip a beat. They scored touchdowns on each of their first three drives. John Brown continued to set an impressive standard, but rookie Gabriel Davis also caught six passes for 60 yards. He did, however, misplay the ball on one catch attempt, leading to Allen’s interception.

Defensively, Quinton Jefferson had a sack and tackle for loss for the starting defense, and Tre’ White had a few pass breakups. But the most impressive performance was probably Mike Love. The third year defensive end had two sacks against the starting offense. Love may have dropped into an afterthought, between newcomers like A.J. Epenesa and Mario Addison, but he was very close to a roster spot last preseason, and could be making a late push to stick in 2020.

Because this scrimmage involved true game situations, it didn’t offer the same type of balanced kicking situation as a typical practice. Both players saw opportunities, and both had hits and misses.

Rookie Tyler Bass probably came away with a slight lead. He converted two extra point attempts, scored a 41 yard field goal, and missed a 55 yard attempt. After practice, he also scored one from 43 yards.

Stephen Hauschka didn’t receive any field goal attempts. He did attempt two extra points, but missed one of them.

As mentioned above, Stefon Diggs sat out with lower back soreness. We’ll see how much that lingers into the next week of practice.

Robert Foster was a full participant in practice and appears to have (just about) cleared the concussion protocol.