Bills defensive end Jerry Hughes is a highly-praised pass rusher in recent seasons despite not having hit double-digit sack totals since 2014.

But sacks don’t tell the entire story, and NFL on ESPN recently revealed why that might be the case. So far in 2020, Hughes is amongst elite company in terms of pass rush win-rate.

Hughes’ 28 percent pass rush win-rate is the second-best in the entire league, ranking above or next to some known names, such as JJ Watt, Myles Garrett, and even Joey Bosa, who caused havoc for the Bills just last weekend: 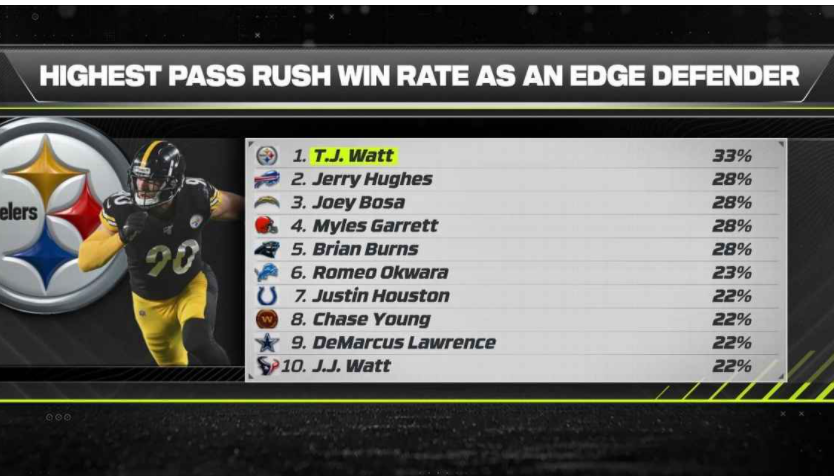 Because of Hughes’ lack of sack production, he’ll always be a bit of a polarizing player. But clearly, he’s getting the job done on his snaps. And even if that is the case in regard to his sack numbers, Hughes is having a better season in that category.

And it’s always worth mentioning or reminding folks that Hughes also excels at the best trait any football player could have: Availability. Hughes, the longest-tenured member of the team since 2013, has never missed a game in his Bills career. Of 107 possible games, he’s played in 107.

Who the Bills protected on their practice squad for Week 13

Bills’ Leslie Frazier says players from offense could be option vs. Hail Mary