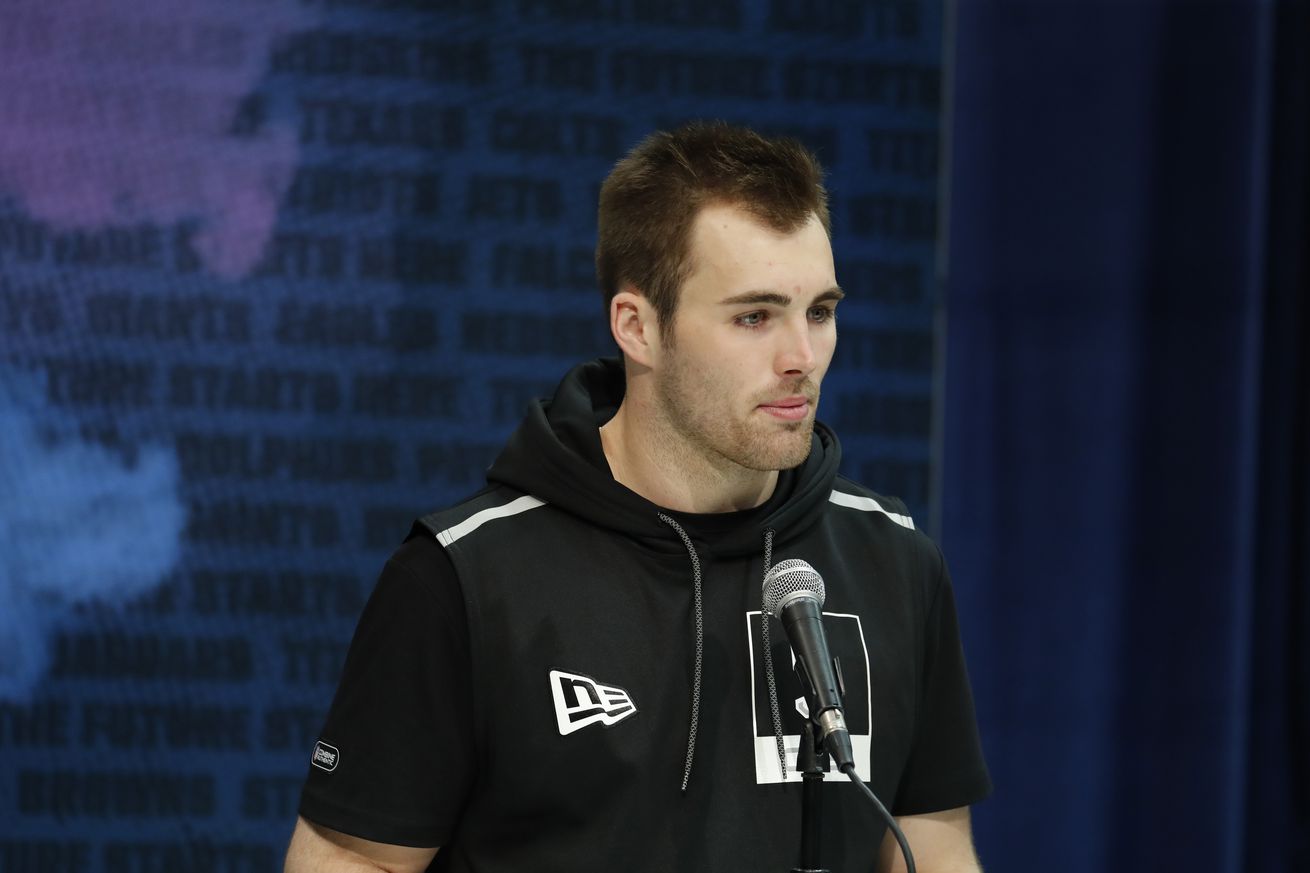 In June, text messages surfaced from Jake Fromm to an acquaintance that contained several hot button issues. Guns and gun control, racist labeling, and elitist thinking were smashed together in a story that could have ended his career before it began. On Friday, he spoke to the media for the first time since the messages went public and continued seeking forgiveness.

“That’s not where my heart is,” said Fromm. “The one thing that I want to do here on this earth is love God and love people, and I fell short of that. I want to make amends and really be better from here on out so that I can earn their trust and really bring something to this football team.”

In the immediate fallout, the rookie was given a platform in virtual meetings to apologize for the comments. The first time he met several of his teammates was more than a month later as in-person training camp began in August. He also participated in some offensive workouts in July. He says they have been “amazing” during the aftermath of the comments.

“My plan here in this organization is to earn everything here, earn the trust of my teammates, treat people with respect, and ultimately perform well on the field,” said Fromm of his path forward. “Out of this building, that’s educating myself, staying really close to my friends that are on the other side, having those conversations, and really helping out however I can.”

He has been backed publicly by general manager Brandon Beane, head coach Sean McDermott, offensive coordinator Brian Daboll, QB Josh Allen, and retired team captain Lorenzo Alexander, to name a few, who think Fromm should get the chance to earn back trust. The text messages were from March 2019, not this year, and Fromm thinks he’s grown since then and since the messages came to light.

“I think the biggest thing is just seeing the world through a different lens,” Fromm said. “I grew up kind of seeing it just one way, and seeing the world from a slightly different way has helped me kind of see the background of what’s troubling people. I can say that I’m starting to see it, I’m learning, and I’m getting better, and I’m willing to help and be there for whatever situation is needed.”

During the text exchange in question which he has since called “immature” and “naive”, he said stores should “make [guns] very expensive so only elite white people can get them.” He added a “haha” following the sentence indicating a joke.

“I made a mistake and I’m going to own up to it, but that’s not indicative of who I am,” Fromm said Friday, “and I promise you that is not where my heart is at.”