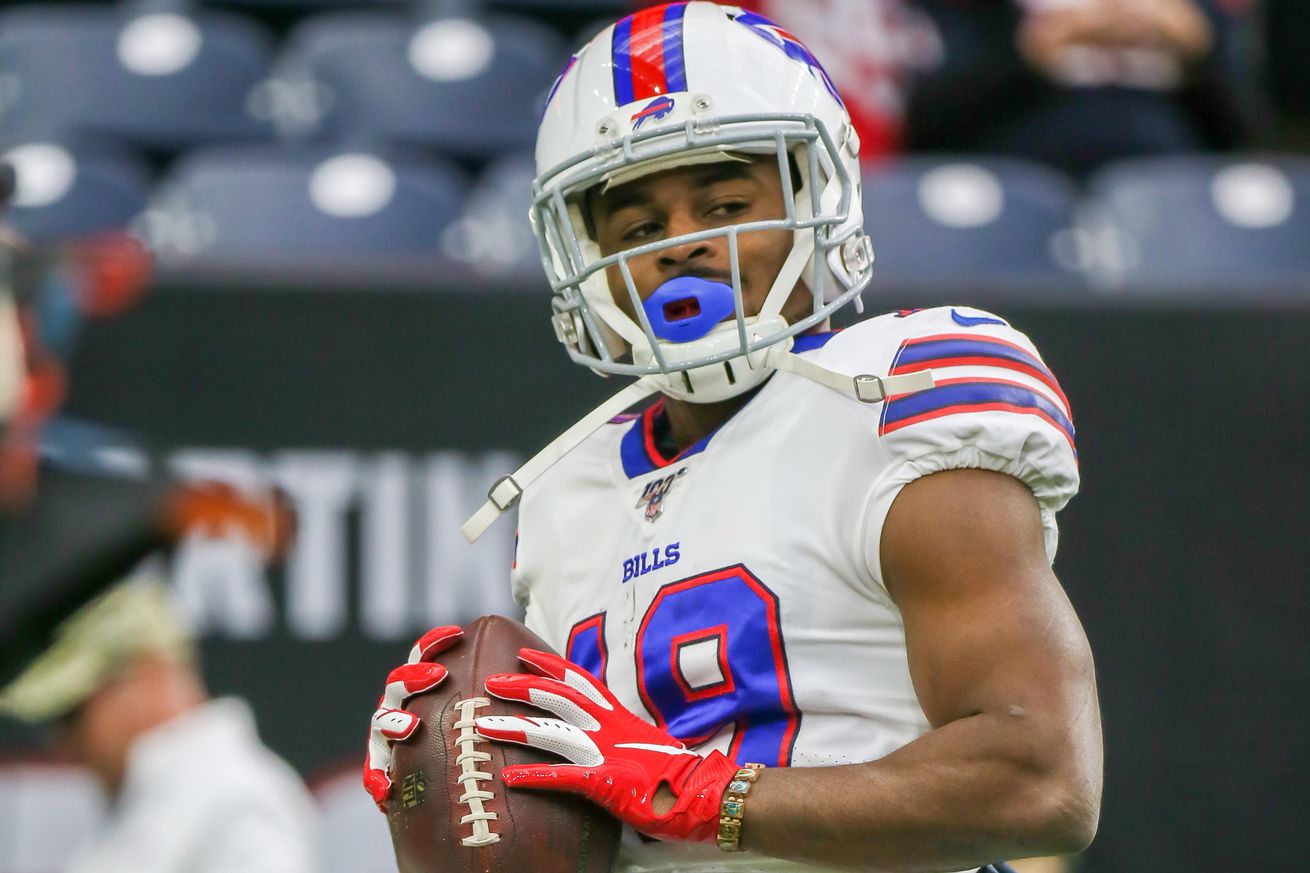 Late in the second quarter a valiant three-yard run on 2nd-and-10 was wiped out by penalty courtesy of Isaiah McKenzie. The flag? The dreaded “Illegal Blindside Block.” This isn’t the first time Buffalo Bills fans have been bitten by this one. Last time I argued vehemently that it was the correct call (it totally was). What do I think of this one? Let’s take a look at the play and dive way deeper into the rules than mere mortals should dare to venture.

There were some tweaks to the rule since last year so let’s start there. And the answer is “no.” They did not “fix it” so Ford’s penalty wouldn’t be called this year. It’d be just as blatant a flag this year as it was last year. Here’s the entirety of the rule:

It is a foul if a player initiates a block when his path is toward or parallel to his own end line and makes forcible contact to his opponent with his helmet, forearm, or shoulder.

Note: It is not a foul for a blindside block if the forcible contact occurs in “close-line play” prior to the ball leaving that area. The ball is not considered to have left that area if the player who takes the snap, either from a shotgun position or from under center, retreats in the pocket immediately or with a slight delay, and hands the ball to another player, or runs with the ball himself. This exception does not apply to any action other than a designed play. Any forcible contact in “close-line play” is still subject to the restrictions for crackback and peel back blocks.

The only other item we need from the rule book is the definition of “close-line play.” This is the same as last year and essentially it’s between the tackles and within three yards of the line of scrimmage on either side. Now that the rules are out of the way let’s dissect Isaiah McKenzie’s actions to see if they fit the criteria.

I call close-line plays the “exception zone” as it’s the only part of the field a blindside block can’t be called. And even then, notice in the full rule the ball has to be in the same zone for the exception to apply.

This one is very clear. McKenzie is nowhere near the exception zone when he blocks and even if he were, the ball has left the area. The first piece of evidence doesn’t help McKenzie.

Please read the rule carefully if you haven’t already. There is zero wording about the direction of travel for the “victim” or defense in our case. Nor is there any wording about the direction they’re facing. The only direction that matters is McKenzie’s. Outside the exception zone like he clearly is, blocking that involves moving toward your own end line (the line that marks the end zone behind you) or parallel to it can get you in trouble. That’s a fancy way to say blocking backwards or side-to-side can be problematic. It’s not necessarily a problem, and we’ll get to that, but direction of travel is important.

I wanted every angle possible just to make sure we had this right. From this angle, there’s a clear lean from McKenzie and it does appear to be a path moving parallel to his end line. AKA “sideways.”

We got incredibly lucky with the broadcast footage with a camera right on the line we need. It’s clear again that McKenzie is in motion to initiate the block and on this angle he seems parallel to the end line. Is it possible he’s a centimeter or two diagonal and not truly parallel? Perhaps, but so far it looks pretty reasonable to conclude parallel.

This is pretty easy in my opinion. There’s obvious contact using the shoulder. McKenzie is actually making damn sure he led with it. And his opponent is sent reeling to the ground. I don’t think there’s any question on these criteria.

What was he supposed to do?

I’m giving this question a section because I know it’ll come up in the comments. All those requests to “please note” are for this question. In order to be a flag ALL of the criteria above need to be present. In McKenzie’s case he can’t control that he and the ball are outside of the exception zone but everything else is controllable.

I can’t stress this enough, there are numerous ways to make the block that wouldn’t be flagged. The league isn’t asking him to let his teammates get tackled without a fight.

I don’t think this is as obvious as Ford’s. Primarily because Ford traveled a bit more to reach his block making the path criteria far more clear. That said, every angle shows McKenzie moving to initiate the block. There’s no argument to be made he was stationary. All of the other criteria were quite obvious.

This is a call that if an opponent had done this and it hadn’t been called I wouldn’t be angry. That said, it was called correctly according to the rule. I know a lot of people called it a BS flag but it definitely was not that.

And I know what many of you are thinking. It wasn’t “in the spirit of” the rule. There’s evidence against that notion too. In 2019 this rule was a point of emphasis for the league with video tutorials and refs touring the league making sure teams understood. Further, it was called roughly twice per week during the season last year.

And after all that they didn’t eliminate the rule. They barely tweaked it. For further proof there have been four of these called in 2020, the same rate we saw last year. The fact of the matter is that the league has clearly conveyed what to expect with this rule. Whether you like the rule or not is up to you, but McKenzie’s flag was consistent with it.