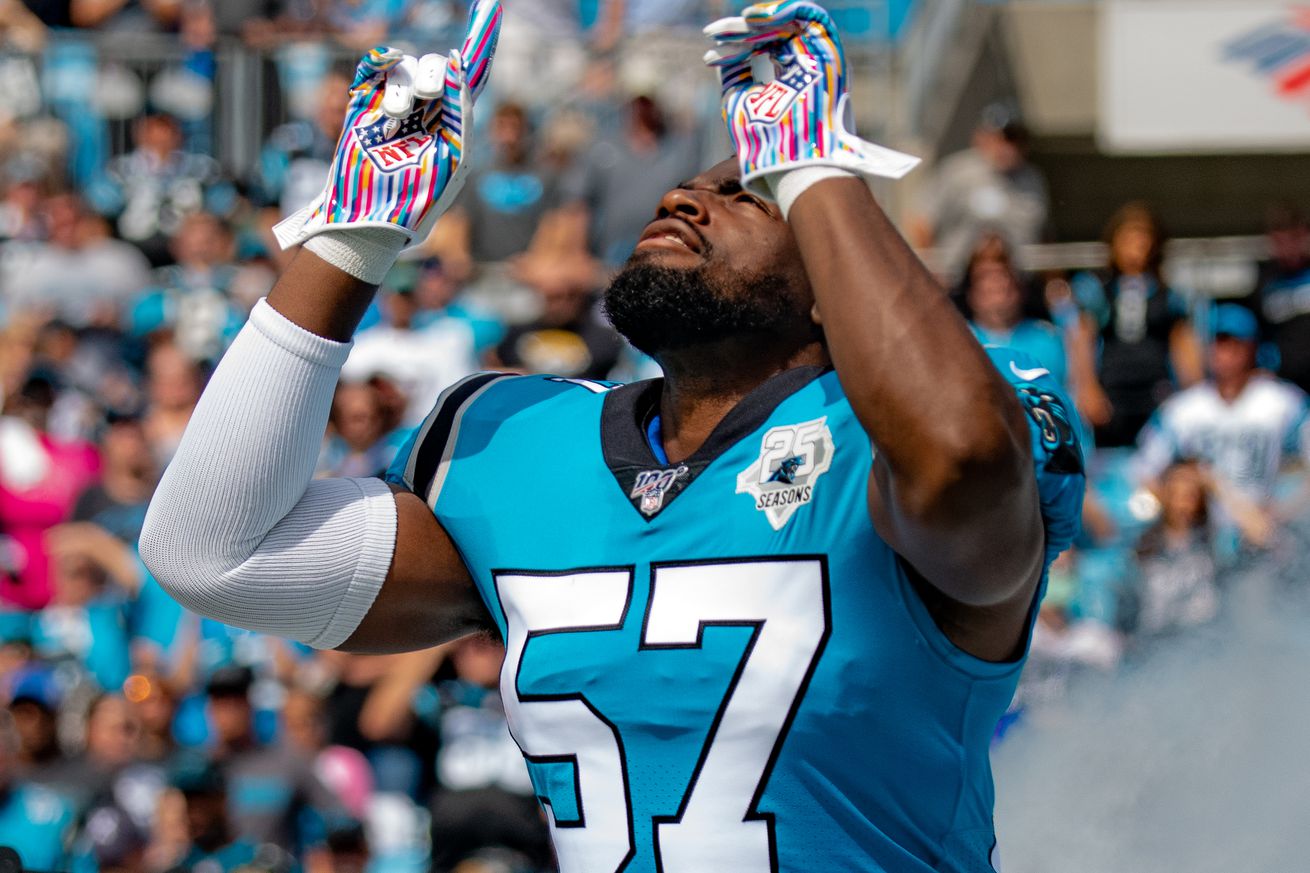 Smith has several notable injuries, is there worry?

With the NFL cut down day several days away, the Buffalo Bills continue to make every effort to give them the depth they need in order to start off 2020 strong. The latest transaction was trading a conditional 2023 seventh-round pick to the Carolina Panthers for LB Andre Smith.

He comes to Buffalo with extensive special teams experience, several injuries, and at a position with a steep drop off if starters go down for the team. Below is Smith’s known injury history.

During spring football, tore pectoral muscle, played through the entire season, eventually required surgery. It is not clear which side was torn.

Drafted in the seventh round by the Carolina Panthers. Prior to draft day, suffered a hamstring strain performing the 40-yard dash during NFL Combine. This was later followed up with a re-aggravation during the first preseason game. His third recurrence came in Week 5 on a kick-off where he felt the pop again. It is not stated which side he injured.

Upon performing my initial research, he appeared fairly cut and dry when it came to injuries. Once I began digging further, the details of each injury were more significant than originally thought, which makes him a more unique case. He has had to battle through serious adversity in order to even get drafted and has only really been healthy two out of the last five years.

Looking at the injuries, there are varying risks for re-injury for each complaint. His pectoral injury was only a partial tear, which eventually required surgery following the season. Fortunately, he was able to get it repaired and return to playing the next season. Outcomes for a pectoral tear are as high as 85% for NFL players, which Smith has already validated through his play.

His recurrent hamstring injury suffered during his rookie season was unfortunate but not surprising. In the article above, he injured it during the combine, preseason, and regular season. While there was ample recovery time in between each incident, his body appeared to never quite have the ability to recover properly due to the intensive nature of preparing for the combine followed by training camp and regular season.

Once an athlete suffers a hamstring strain, their risk to re-injure is about 33%. That risk also remains higher for up to 12 months from injury. That jump from the NCAA to NFL and previous hamstring injury at the combine all likely contributed to his nagging hamstring his rookie year. Add in the fact that he reportedly worried about the hamstring getting re-injured during his rookie year didn’t help his confidence in his abilities to perform. Thankfully he was able to get through the 2019 season without further issues.

His left knee continues to cause slight concern as meniscus injuries can cause problems years later for arthritis and possible re-tear risks. Failure rates for up to five years vary between studies, with rates as low as 9% for professional athletes all the way up to 23% for the general population. While Smith fits into the former category, he is still at risk to re-tear his meniscus especially considering his positional demands as a linebacker.

I am more concerned about the knee than the hamstring simply due to the fact that he can strengthen his hamstring and adapt it to his needs. The structures in the knee including the meniscus do adapt to changes in activity, but are not as volatile as muscles and could cause more long term issues.

Overall, i’m not worried about the pectoral injury, am slightly concerned about the hamstring in the short term especially with this abnormal training camp this year, and i’ll remain concerned about the left knee if he stays with the Bills for an extended time period. Trading for a linebacker even this close to cut-down day indicates that the front office continues to be concerned about the depth. He is not a lock to make the roster, but his position and extensive history on special teams make him a decent candidate to stick with the Bills. If not the active roster, a practice squad spot almost seems like a lock considering the needs.

I like that the Bills continue to see what is out there, churning the bottom of the roster. There is a lot of top-end and mid-tier talent, but depth will continue to be imperative due to the COVID-19 pandemic and expected increase in injuries once live-action football commences.