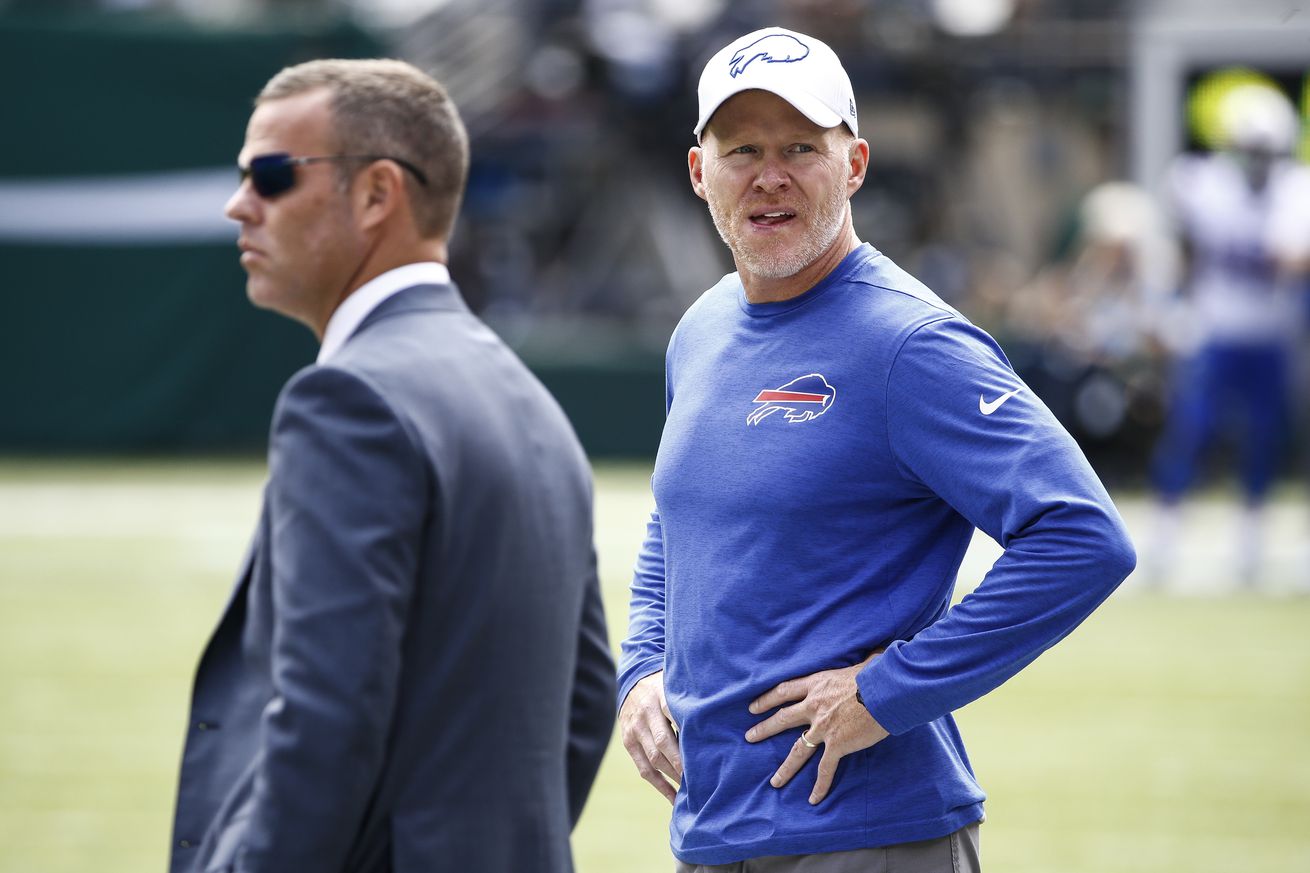 A day after the Buffalo Bills extended Sean McDermott’s contract, the head coach spoke with the media and provided some thoughts on general manager Brandon Beane. McDermott and Beane are credited for building the strongest Bills team in recent memory leading to many crossing their fingers for an extension for both.

With one half of the dynamic duo locked up, McDermott provided insight into how he sees the relationship between the two, giving credit to Beane for providing what the coaches need to be successful.

“Each and every head coach in the league would tell you that to be a good coach is one thing, to have a good staff is one thing,” McDermott said. “But to have the opportunity to work with a general manager that knows what he’s doing and is at the top of his game, and being fed players that we can then mold and develop as coaches, it goes without saying that’s a critical piece of what we’ve done here and what we’ll continue to do, and Brandon has had a big hand in that.”

While Sean McDermott added that the decision to extend Brandon Beane was in the hands of the owners, Kim and Terry Pegula, his comments leave little room for interpretation on what he’d like to see. The safe bet seems to be a continuation of the “McBeane” era of the Buffalo Bills.

“That’s a decision for Terry and Kim and I respect that,” said McDermott. “You know my view on Brandon hasn’t changed since the day we first met, I mean when I was around him in Carolina. He always had a great way about him, in particular with people skills, and then his great balance of the business, and the operation. Brandon has done a phenomenal job and I can’t envision myself working with any other GM.”

The Pegulas are on the clock.