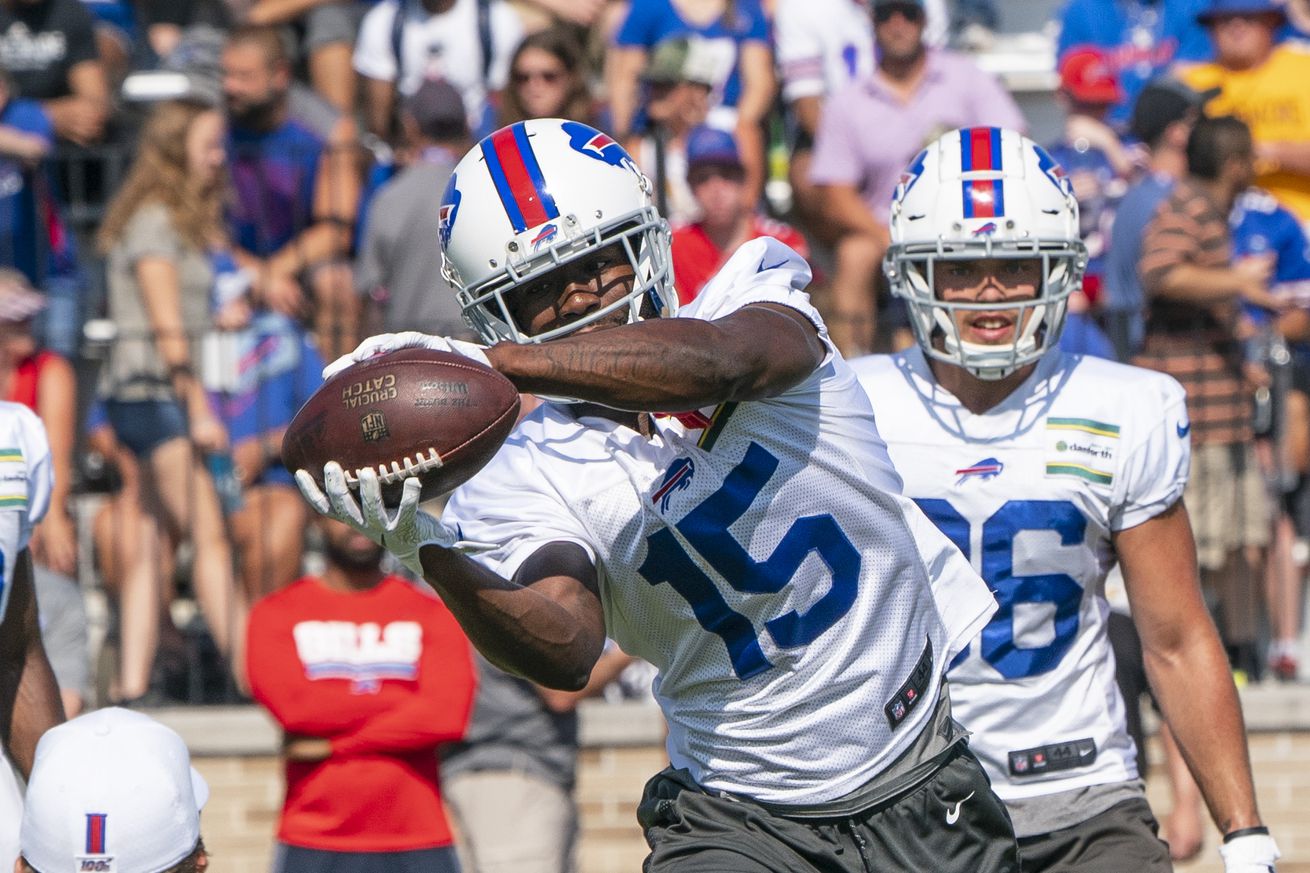 This is where we ended up after roster cuts concluded.

At the 4 pm roster cut-down deadline, the Buffalo Bills set their roster to 53 names. Here’s a position-by-position breakdown of the team’s roster, surprise decisions, and likely next steps for each group. What catches your eye?

In the end, despite his reportedly lackluster training camp, the Bills decided to stick with their rookie quarterback Jake Fromm. Don’t be surprised to see Davis Webb land on the practice squad, and in an emergency, he might be preferred over Fromm on game day.

With DiMarco landing on season-ending injured reserve, that opened the door for the rookie Gilliam’s place on the roster. His usage, though, is unknown: the rookie recently changed positions on the roster. Will he play tight end? Fullback?

If Wade clears waivers, the Bills can use a bonus practice squad spot for him in the 2020 season. He won’t be able to play in a game, if that’s the case.

The Bills slingshotted Sweeney from PUP to their active roster, then back to the in-season PUP list. He’ll miss the first six games of the season, as a result. The rest of the tight end group is identical to last season.

Somewhat surprisingly, the Bills cut their veteran kick returner. Word on the street, though, is that they intend to re-sign him a day later after some necessary roster shuffling. The other big surprise is to see the rookie Hodgins land on the 53-man roster ahead of his chief competitor Duke Williams. Unlike his fellow rookie Davis, Hodgins didn’t land nearly as many big plays in camp, but the Bills must believe in his long-term potential.

In the end, it’s a bit surprising to see Boehm cut, leaving Ryan Bates and Ike Boettger as the best backup centers on the roster. The team is definitely loaded at offensive line with Feliciano’s anticipated move to injured reserve. We’ll see if they add anyone else after moving Feliciano.

This roster feels a bit light at defensive tackle, given our expectations that Quinton Jefferson was more of a hybrid DE/DT. But Butler and Phillips give the Bills two nose tackles to rotate, and players like Jefferson, Addison, and Epenesa can play between the tackles if asked.

This position had the most surprising inclusion in Phillips, a second-year pro. He spent part of last year on Buffalo’s practice squad. The 6’2” 230 pounder ran a 4.59 forty yard dash, had a 37” vertical, and recorded 20 bench press reps at the Illinois pro day in 2019. He can be Matt Milano’s understudy. The Bills are also fans of Dodson, who they kept around last year despite a suspension. Smith, for whom the Bills traded a pick, ended up on the outside looking in. Word has it that the pick will return to the Bills. Joseph is the second Bills draft pick to be cut before ever playing in a game with the team; he spent last year on injured reserve.

As always, the Bills have a pretty light roster of cornerbacks on the team. We’ll see if they bring back any of their cuts to the practice squad. With Norman and Wallace both nicked up in training camp, they might need the depth.

A bit surprising to see Marlowe cut, as he’s been a reliable backup for a while now. But the Bills are expected to re-sign him a day later, which would give them their usual set of four.

Nothing shocking here, with the Bills having already made their decision here in August.