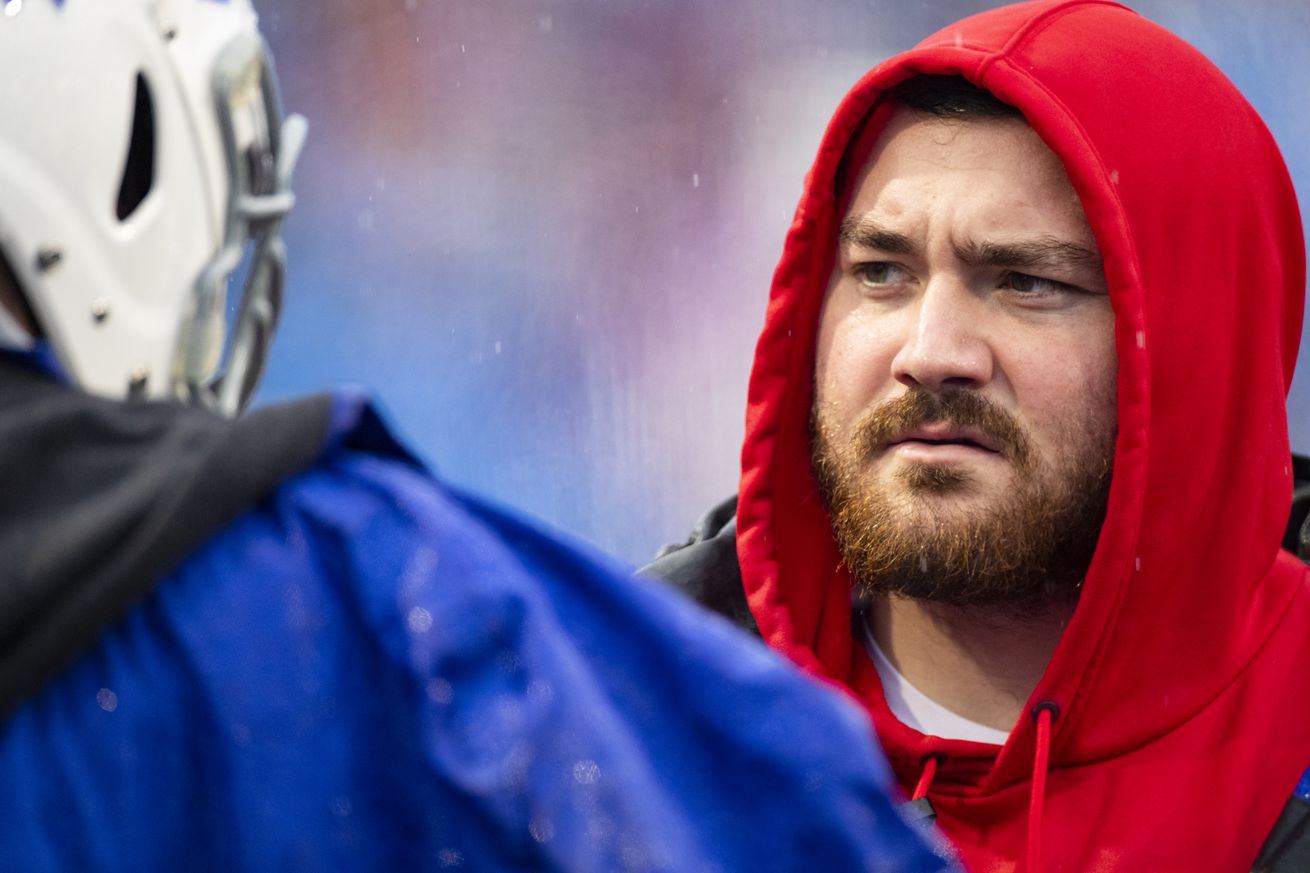 Buffalo Bills DT Harrison Phillips sat down on a virtual video conference with local reporters following Monday’s first padded practice of the 2020 training camp. Phillips discussed his return to football, his struggles with the grind of rehab, the loss of DT Star Lotulelei, new additions to the roster, and expectations for the season. Roughly half of the interview session involved discussion regarding his rehab over the past year, making a deep dive into the comments worth looking at further.

“The knees feel great,” said Phillips. “I’m able to go out there and perform and do my job right now and in terms of being a football player, there’s still a lot of rust that needs to be knocked off. You know, today marks the 330th day since I got to put football pads on and to go back out there today and we’ve had this great acclimation period where I’ve been able to test things out and have full speed practices without the pads on. To gear all the way up, the helmet, the shoulder pads and go out there and not just selfishly to be able to go play football again which obviously is my biggest passion.”

It was expected that Phillips was going to be cleared for football activities for the 2020 season, barring any setbacks. Had he suffered any complications, he would have not been activated and news would have come out with details describing why he wouldn’t be ready.

It’s important to note Phillips knows exactly how many days it has been since he last played. I interpret that as someone who is highly motivated and self-aware of the time spent getting back to this point to compete again.

“It honestly has been emotionally one of the hardest things I’ve had to do and maybe that means I’ve had a sheltered life or something but when you care about something this much and have it taken away from you and again it’s so much bigger than myself,” admitted Phillips. “It’s not being able to, you know last year we had such an amazing team and of being able to contribute and who’s to say we might not have won another game or two if I was able to play or make a longer stretch. I’m not saying I’m a giant playmaker like that, I’m just saying, you think those things into existence sometimes and then it was over. The season was over, everyone went home, and here I am in sunny January Buffalo, by myself every day, rehabbing and 5-6 hour days, working, sweating, crying, throwing up from how hard that I’m going and yes there was definitely some depression through there, there was definitely a lot of anxiousness, anxiety, fear.”

Phillips continued talking about the emotional toll of the rehab.

“I mean I remember having a conversation with a couple of the trainers, it was a very emotional rehab day where I was sitting there like, ‘What if I can’t play again? What if this doesn’t get better? What if I don’t get stronger?’” said Phillips. “And luckily, some fantastic people here in the organization that kept believing in me, kept pushing me. I’m an extremely motivated individual, so when you kind of get that great force toward one common goal, chipping away at the rock, chipping away and saw light at the end of the tunnel that got me here. Like I said, 330 days since I got to play football with my friends again and it’s truly indescribable how great of a feeling it is.”

In the rehab world, every patient handles their injury and recovery differently. Some people become highly motivated and push themselves as hard as they can. Others shut down, focusing on what they’ve lost, unsure that they will regain those abilities. Some take the middle road, not sure what to expect and take each day as it comes. The situation in that particular person’s life really dictates their response. At the core of it, this can exhibit a fight, flight, or freeze response. In Phillips’s case, he geared up to fight.

Not surprising at the NFL level, Phillips has every resource available to succeed. He highlights the support system around him that kept him on track and motivated. It’s possible that Harrison kept track of how many days it has been since he last played, it’s also very possible that nugget of information was placed there by one of his trainers as a carrot. No matter how mentally and physically strong a person is, they still benefit from that external motivation and support.

It does not surprise or concern me that he had these feelings. I see this frequently in my line of work. It can be tough to deal with. Often, we’re dealing with someone responding to one of the worst things that has ever happened to them. To help focus that negative energy and fear into positive action takes a lot of work from both parties. Phillips simply responded to the situation the best way he knew how to and had a great support system to help him achieve his goals. His final sentence of the answer highlights how much he is aware of the work he and others have put in to get back to this point.

Phillips isn’t pushing too hard, though, because his goal isn’t to get back in August, it’s to make a difference during the season.

“Number one goal is I want to make sure that I’m healthy the entire year so that whatever position that they need to use me in whether it’s 1 play a game or playing 100 snaps a game that I can do that for the Buffalo Bills and help us win,” said Phillips.

Phillips noted that the training staff was in charge of his load management, but also noted there is a bit of a mental block as he works his way back.

“Those first couple days, instead of planting on the leg really hard, you might just say I’m just going to go to the ground and pop right back up,” noted Phillips. “Even through Friday’s first 100% speed practice to today, I think I’m a completely different football player just in those three days. And I think it’s just going to continue to build and more and more trust.”

Phillips pointed out the moment it clicked that he was back to football shape.

“I remember that first day, Quinton Spain and Mitch Morse came and double-teamed me and I planted on my leg and everything was strong and I pushed them back, slipped the double-team and I was like, ‘wait a minute, this thing is strong and I’m a football player again.’ So those small little things that keep coming up. [Monday] there was a screen play, that I was thrown on the ground, landed right on my knee, popped right back up and ran to the ball and everything was good, no pain. So just getting into those situations more and more just going to build my confidence so I can really go out there and play free.”

Addressing the ramping up question, it’s a scary proposition to resume those activities that got you hurt in the first place. To plant and pivot on the leg, to fall on the knee, knowing that nothing bad will happen takes a lot of faith. Phillips not only suffered an injury that caused him to miss an entire year of football, but the resulting rehab activities afterward dictated his apprehension. The pain during range of motion, the difficulty in performing a simple single-leg raise. The inability to perform routine activities such as walking up and down the steps without hobbling. Not being able to run and stop immediately. The previous year of rehab experience added to the fact that he has already been through this before during his time at Stanford really shaped his thoughts.

Working as a Physical Therapist for the better part of a decade and before that working through my own sports injury rehabilitation, I have experienced both sides of the recovery. It is a scary proposition that an injury makes one feel incredibly vulnerable knowing that it happened once, what’s stopping it from occurring again? How will I be able to perform at the level that I need to play when I can’t even perform a simple activity? Despite all the research and progress that has gone into ACL rehab, it is still far from a routine recovery with multiple individuals still suffering complications that prevent them from regaining their full abilities.

This was a great look into the mental aspects of rehabilitation and recovery. Phillips detailed on social media his physical progress, which were great benchmarks to see where he was at rehab-wise. It’s very easy to forget that these players are people with the same life experiences, feelings, and concerns that you and I deal with every day. They just have a much cooler job than you and me.

It may be months before Phillips is truly 100% prior to his injury, but he will be able to play Week 1 and return to pre-injury form as the season progresses. I’m excited to see him build off his growth from last season and rehab and help the Bills win a lot of games.