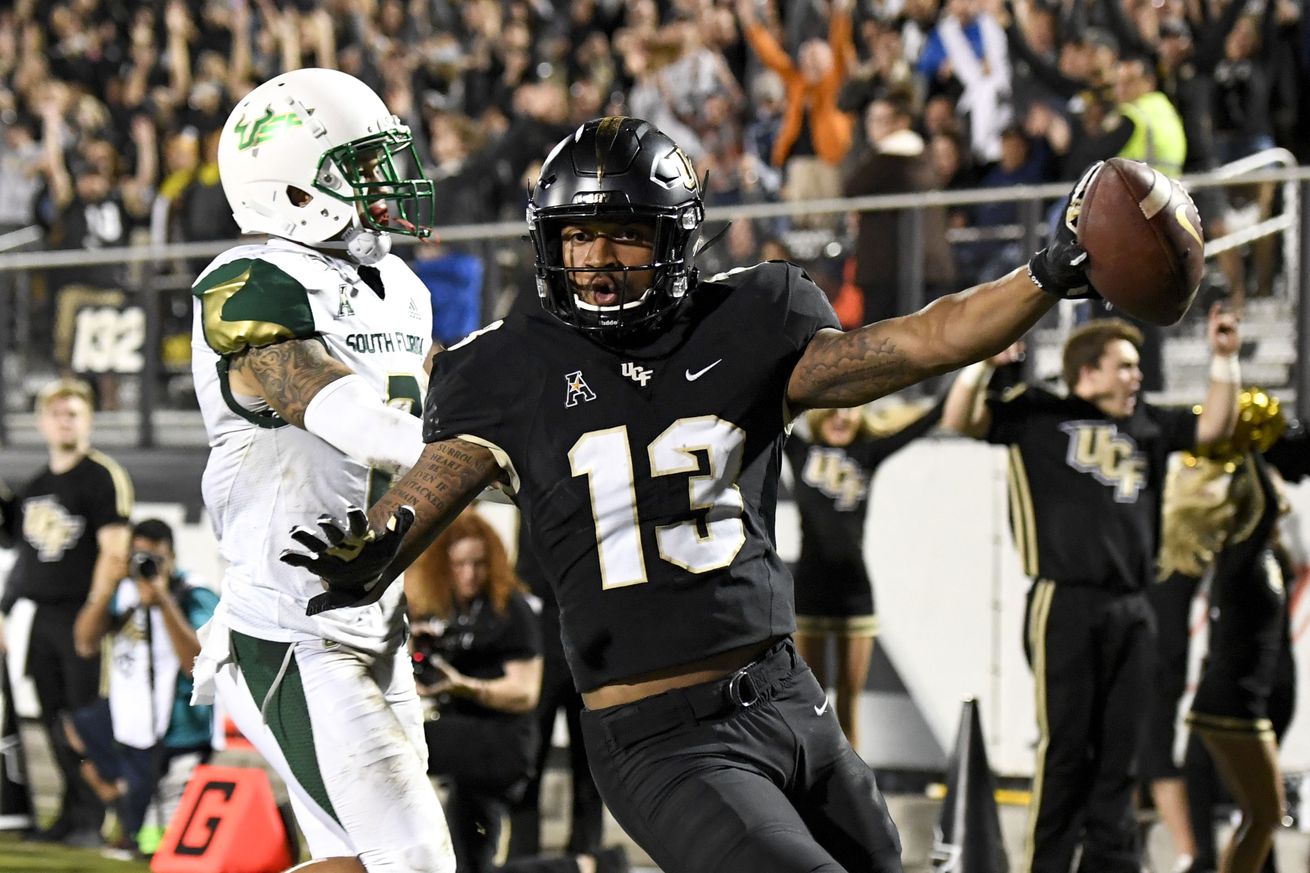 The rookie is making an impact.

You’ve heard hype for guys in spring workouts before and of course there are always training camp darlings. This year, with spring and summer conflated into one giant ramp-up to the 2020 season, no player is sticking out to the collected media quite like rookie wide receiver Gabriel Davis.

Davis was expected to come in and unseat Robert Foster in the wide receiver rotation—a player with good straight-line speed and a solid build. In a normal year, he probably would have been a third-round pick but in a loaded class of receivers, he fell to the fourth. He’s not only outplayed Foster, he has caught the eye of every media member.

“Davis is arguably in the conversation for the Bills best WR behind Stefon Diggs so far in camp,” wrote ESPN’s Marcel Louis-Jacques yesterday when asked about Isaiah Hodgins.

“Davis has routinely stood out in practices and has quickly become a trusted target of all four quarterbacks,” wrote Joe Buscaglia of The Athletic on Monday. He also reeled in this highlight catch over Tre’Davious White.

“WR Gabe Davis was really good. Again. Throughout practice,” tweeted WGR’s Sal Capaccio Monday. He also noted that Davis has been a very effective blocker in the run game.

Thad Brown of WROC in Rochester feels like he’s becoming too repetitive talking up the rookie: “This is your daily ‘Gabe Davis was impressive and made a couple really, good physical catches’ tweet.”

“Another day, another strong performance from Gabe Davis,” wrote Bove. “This observation has been written almost every day, which should tell you just how impressive the rookie wideout has been during the first seven days of camp. On Monday, he beat Tre’Davious White by boxing out the cornerback to bring in a nice catch on a deep ball from Josh Allen. In a video posted by the Bills, White tells Davis as they’re falling to the ground, “good route, good route.”

Last Thursday, Davis proved his ability running after the catch, taking a ball to the house on a short crossing route. “If Gabe Davis has more practices like he did today, you’re going to be hearing a lot from [UCF fans on Twitter],” wrote Capaccio.

Let’s slow our roll here, though. Davis isn’t going to break into the top three wide receivers ahead of John Brown or Stefon Diggs or Cole Beasley. He’s going to be a solid fourth WR option and will be ready to step in if there is an injury. Ideally, he sits for a year and if the Bills want to move on from Brown in a year, they have Davis. In two years, Brown will be a free agent, and Davis will be entering the third year of his four-year rookie deal and hopefully ready to step into a starting role.

Davis hasn’t done this in a preseason game, let alone a regular season game, but it’s still great to see him competing at a high level so early in his first NFL training camp.