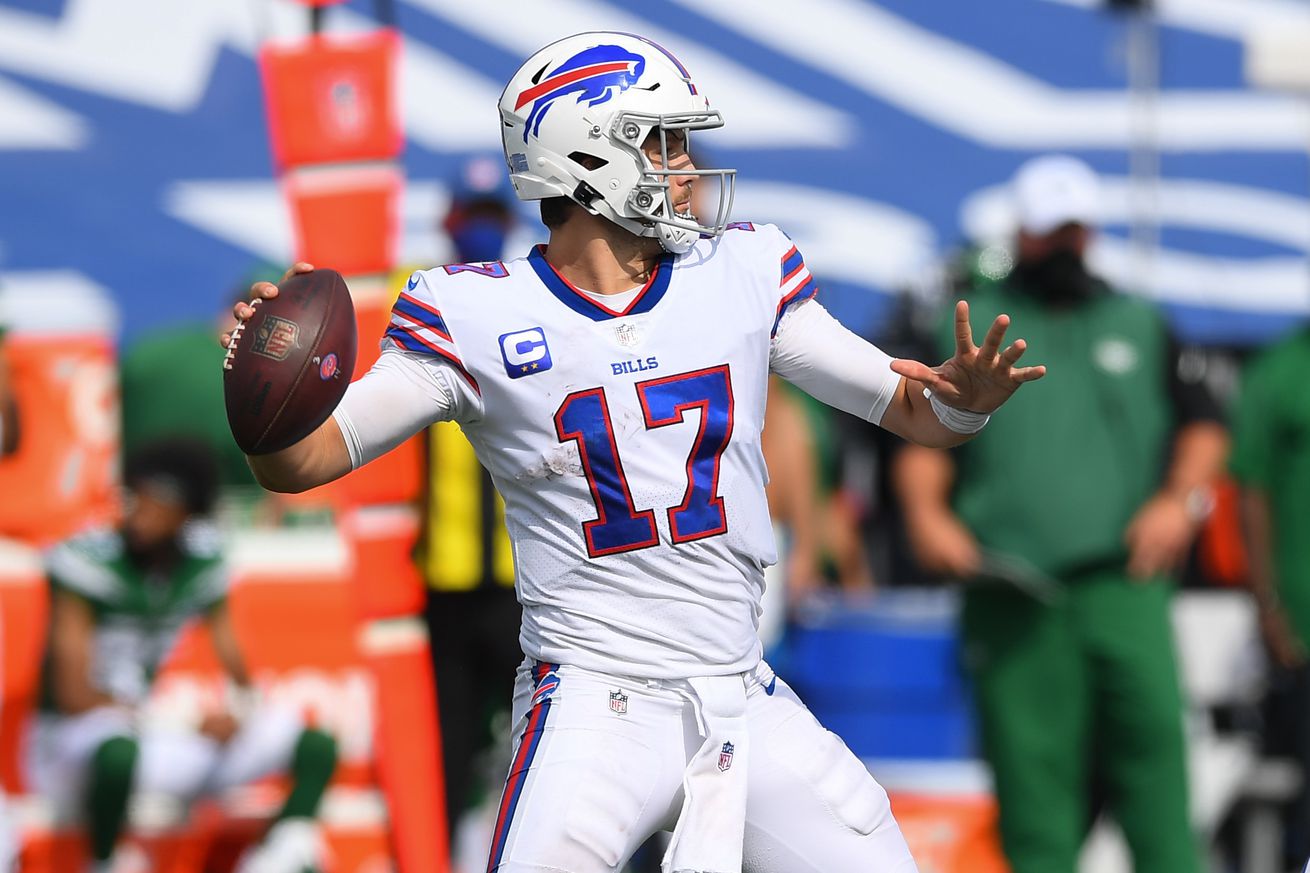 As we head into the second weekend of the 2020 NFL season, the Buffalo Bills are favorites once again on Sunday. This time they will go on the road to face the Miami Dolphins at Hard Rock Stadium. Without further adieu, here is this week’s edition of Four Downs.

As expected, quarterback Josh Allen was the main topic of discussion following last week’s 27-17 victory over the New York Jets. Following his first career 300-yard passing game, expectations will continue to remain high for the third-year starter. Allen performed well against Miami in 2019, passing for 458 yards and five touchdowns in two victories for the Bills. If he is going to establish himself as the franchise quarterback in Buffalo, it will start with stringing together impressive performances.

Linebacker depth is a problem

If you have not heard, the Bills will be without Tremaine Edmunds and Matt Milano on Sunday. Rather than panic, I am going to put my trust in head coach Sean McDermott and defensive coordinator/assistant head coach Leslie Frazier. Let’s be honest, what other choice do I have? Micah Hyde, Jordan Poyer and Siran Neal will all be critical contributors on Sunday, along with A.J. Klein and Tyrel Dodson.

One of the better previews available for Sunday’s match-up comes from Locked On Bills. Joe Marino is joined by Kyle Crabbs, who is the host of Locked On Dolphins, in this crossover edition. The two have a great rapport, and show an appreciation and understanding for the opponent this week. I would encourage you to give it a listen.

While I do expect the Dolphins to improve as the season progresses, there are still too many new pieces in place for head coach Brian Flores’s club. Yes, the Bills are banged up on defense with the injuries to Edmunds and Milano, but the offense will be too much for the Dolphins. Zack Moss and Devin Singletary should both be more productive running the football on Sunday, paving the way for the Bills’ offense.