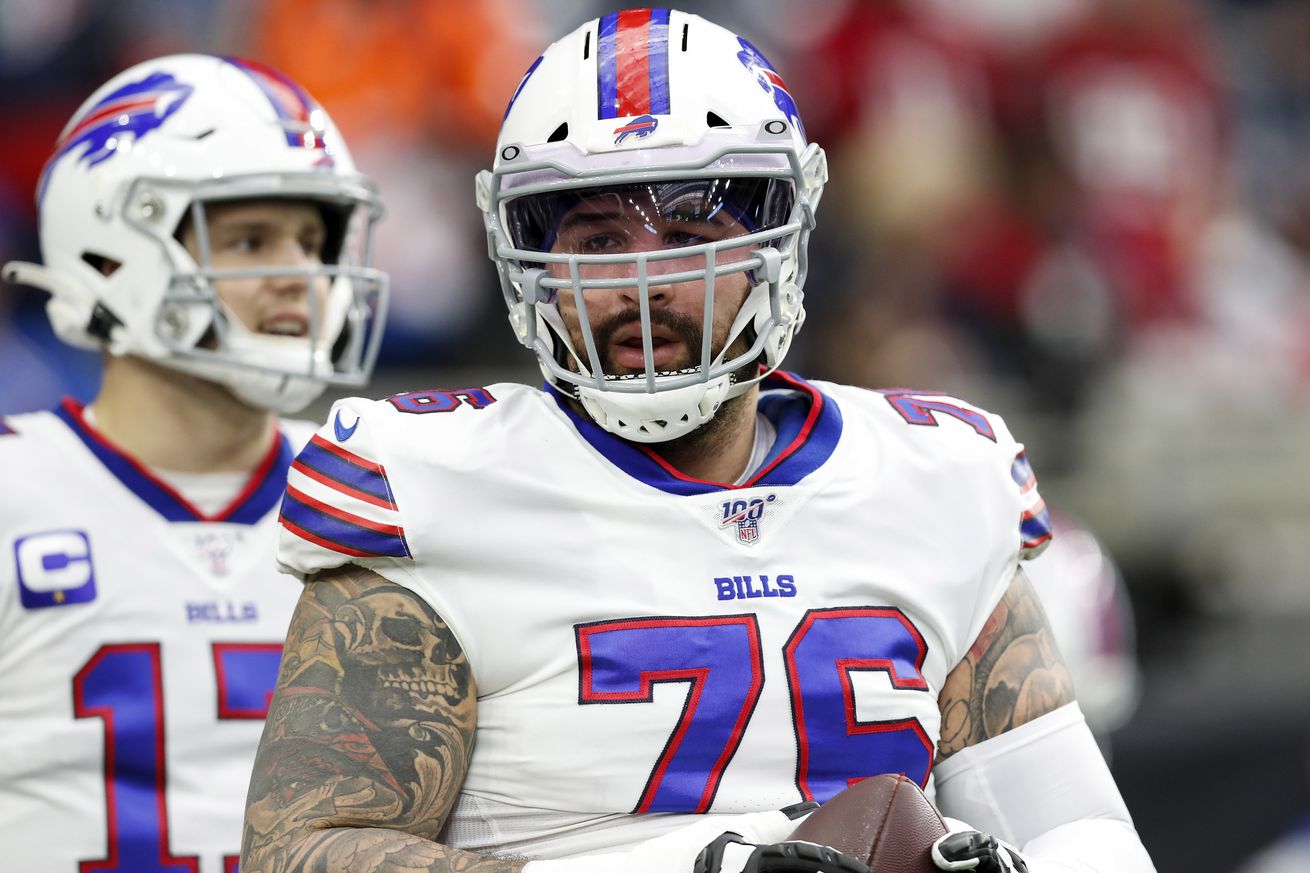 This could be the first time seeing the starting five

It is week 10 of the NFL season, and another edition of Four Downs is here to help you get ready for kickoff. The Buffalo Bills travel to Phoenix this week to take on Kyler Murray and the Arizona Cardinals. Check out my thoughts on the game, Bills Mafia, and a prediction below—and be sure to share your predictions in the comments section, too.

It is not very often when I find myself excited to talk about the offensive line of the Bills, but that’s exactly where i’m at today. Mitch Morse has cleared the concussion protocol, and a questionable Cody Ford may be back in the lineup against the Cardinals. If that is the case, the fanbase will get its first extended look at the preferred Bills offensive line this season.

The o-line was expected to look exactly like it did in 2019, with all five starters returning this season. Those expectations quickly went out the window, when an injury to John Feliciano caused a bit of a shake-up during training camp. Ford moved to left guard, Darryl Williams started at right tackle, and Brian Winters started at right guard.

The depth at the position gave the team enough flexibility to get through the first 9 weeks of the season—and now we look forward to seeing the “starting five.” Feliciano has given a boost to the group since his return against the New England Patriots, and I look forward to seeing what he can do this week as he returns to right guard.

There has been plenty of coverage across the country this week about the generosity of Bills fans this week, donating over $500,000 this week to the Oishei Children’s Hospital in honor of Josh Allen’s grandmother. People from outside the area might only know the Bills Mafia as a beer-chugging, table-smashing group of rowdy fans—but we all know this group is a special bunch. Whether donating to charity, shoveling snow out of the stadium, or showing up at the airport late at night following a big win—Bills Mafia is one of a kind.

Podcast of the Week

This week I am highlighting a show where I got to serve as a guest—the Talking Buffalo Podcast with Pat Moran. We spent some time talking about Buffalo Rumblings, the close-knit group of Bills podcasters, and Sunday’s victory over the Seattle Seahawks. If you have not caught Pat’s work yet, I would highly recommend you give him a listen.

In another high-scoring affair for the Bills, the offense gets a bit of a balanced attack through the air and with the ground game. Zack Moss solidifies himself as the lead back for the Bills, while the defense does just enough to slow down Kyler Murray.