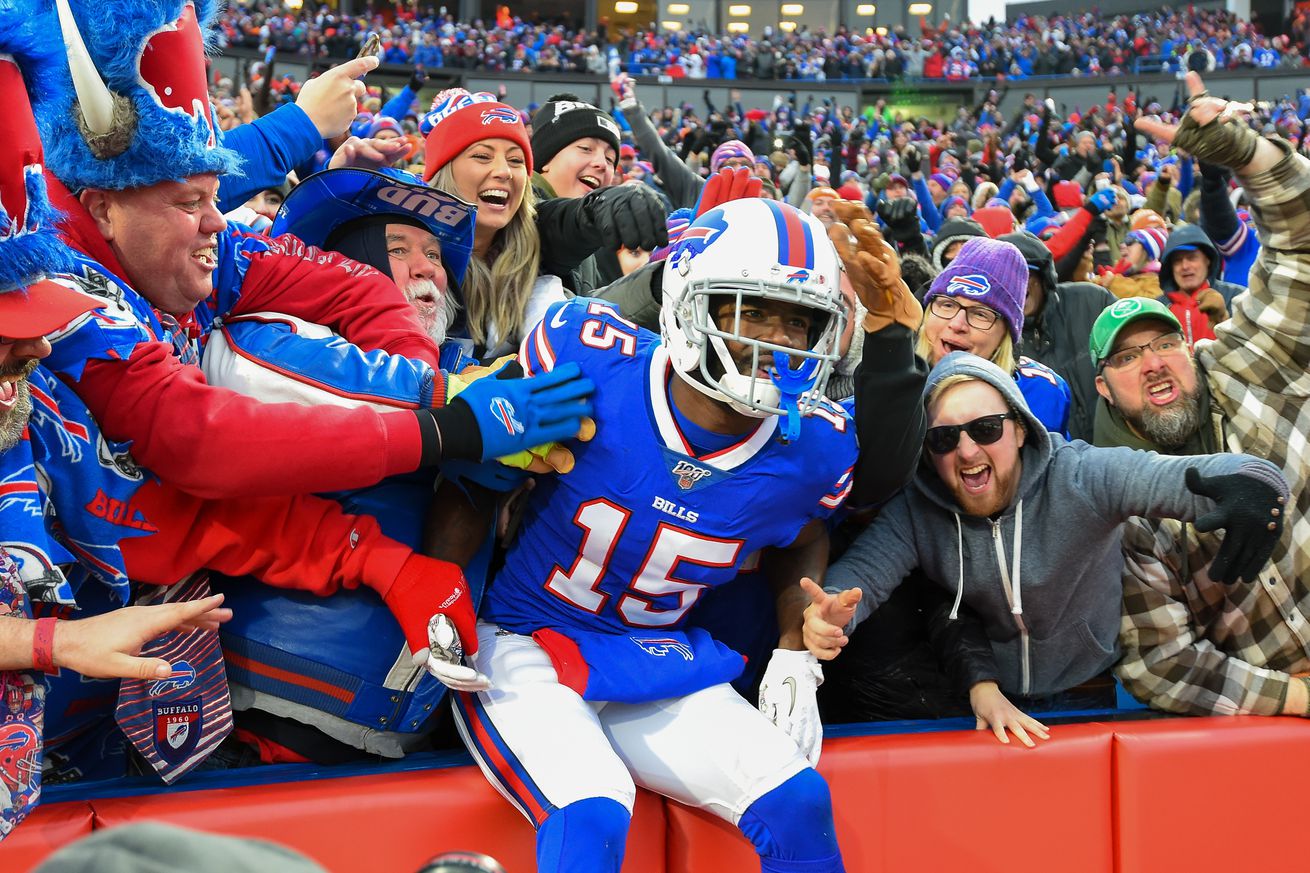 While it seems like this is the offseason that will never end, the Buffalo Bills are inching closer to a revised form of training camp. As fans get ready for the eventual start of camp, this edition of Four Downs helps you get ready. John Brown, Andre Roberts, and Cam Newton take center stage this week—along with a new Pod of the Week. Enjoy!

Who is the favorite in the AFC East?

When Tom Brady signed to play quarterback for the Tampa Bay Buccaneers back in March, the Bills became the early favorites to win the AFC East in 2020. Fast forward to the end of June, and Cam Newton has signed to become the new starting quarterback with the New England Patriots. While there are still plenty of questions around Newton’s health, his signing has certainly made things interesting in the division.

Andre Roberts should be a roster lock

General manager Brandon Beane put plenty of focus on adding talent at wide receiver this offseason with the trade for Stefon Diggs, along with drafting Gabriel Davis and Isaiah Hodgins. The influx of talent has left some asking if Andre Roberts would find himself on the roster bubble this year in Buffalo. While I can understand that Roberts has limited upside as a receiver, his performance on special teams should have him as a roster lock.

Roberts is a two-time Pro Bowler (2018-2019), and showed no signs of slowing down during his time in Buffalo. Roberts is sure-handed when handling punts and kickoffs, making him a much more reliable option compared to Isaiah McKenzie. Some may be in favor of having Micah Hyde return punts, but I would prefer to have a Pro Bowl-caliber safety save his energy.

One of my favorite listens this week was the latest episode of Chat w/NickBat here at Buffalo Rumblings. Nick spent some time with one of our editors, Sean Murphy, to discuss the Bills’ roster and his 91 players in 91 days series. If you haven’t given it a listen yet, I would certainly encourage you to do so.

While all eyes will be on the aforementioned Stefon Diggs this season, fans of the Buffalo Bills should have a sense of optimism around what receiver John Brown can do during his second season with Josh Allen. The two developed a nice rapport in the 2019 season, and I would expect that to continue this year. If you need a friendly reminder of some of the special plays that Brown made last year, check this clip from the team’s official website.