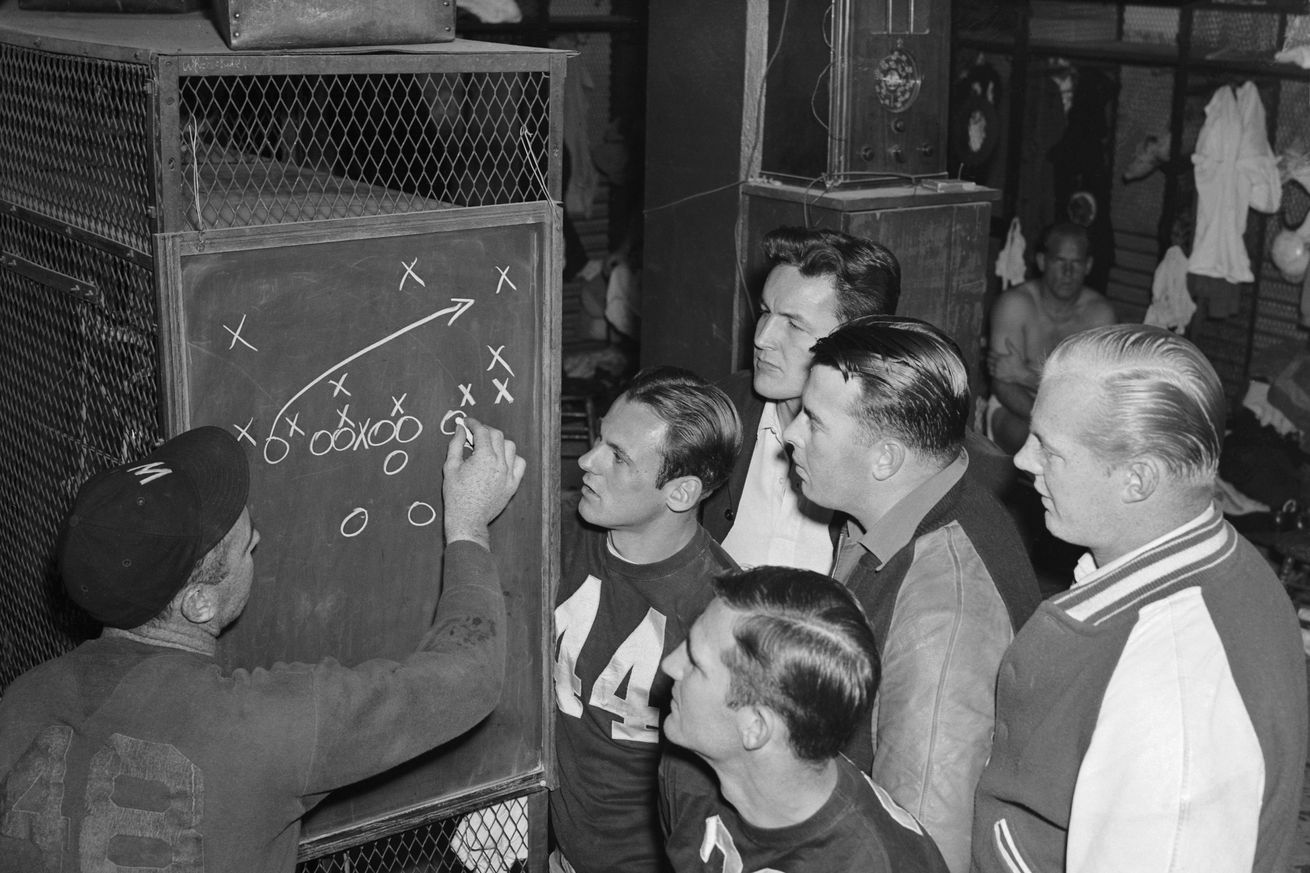 Breaking down what “11 personnel” means and why you should bring a nickel with it.

We’re about to see our first taste of NFL action in 2020, and you have football on the brain. You’re here, which means you’re smarter than the average NFL fan. But how comfortable are you talking about football strategy? Do you know your coverage shells and defensive tells, your passing routes and run-and-shoots?

If you aren’t very familiar, that’s fine; we’re here to educate. If we’re going to set you up to be the next Tony Romo, we’re going to teach you to read the play like the NFL does. To start with, we’re going to cover the terminology that sets the stage for each match-up between offense and defense: personnel packages.

You might have heard of the term “11 personnel” (called “eleven personnel”) or “12 personnel” (“twelve” personnel). This is a term for tracking the distribution of offensive positions on the field, and it’s the keystone for a defense’s reactive strategy. Likewise, you’ve heard about base, nickel, dime, quarters, and variations thereof. Those cover a defense’s personnel choices.

Remember that the offense always includes five offensive linemen and a quarterback on the field. That leaves five players, sometimes called the “skill positions.” The two digits in their notation are shorthand for figuring out which players are on the field. In this case, the first digit is the number of running backs, and the second digit is the number of tight ends. The (unwritten) remainder gives you the amount of wide receivers.

I always remember the shorthand by knowing that R comes before T in the alphabet, and both letters come before W. So when you see “12 personnel,” you know that means 1 running back, 2 tight ends, and (5 – 3 = ) 2 wide receivers.

This notation isn’t an exact science. For example, fullbacks are considered “running backs” in this system, so 21 personnel could refer to both a buttoned-up I formation and a more versatile split-back formation. Likewise, extra offensive linemen tend to show up as additional tight ends, since they need to report as eligible receivers on the play. But it’s the gold standard for an easy-to-say, easy-to-write way to chart an offensive lineup on the field.

When we cover defensive personnel, we start with the assumption of a “base” defense—an even split of two cornerbacks and two safeties in the secondary, and seven defenders near the tackle box. Depending on the scheme, this may include three or four down linemen, and three or four linebackers.

Each adjustment to defensive personnel involves trading a front-seven defender for extra help in the secondary. The first variant was coined “nickel” by Chicago Bears assistant George Allen. It’s a defense with five players in the secondary, either an extra cornerback or an extra safety. This also gets called a 4-2-5 or a 3-3-5, a way to denote the DL-LB-DB breakdown of the personnel package. Moving up from a nickel to a “dime” gives you six defensive backs, and “quarter” defense has seven defensive backs, leaving very few players “in the box.”

Because defenses have no such requirement for men on the line of scrimmage like offenses, personnel adjustments and their on-field effects aren’t as clear-cut. Take the nickel defense: At one point, this was the home of the 5’9”, 180-lb cornerback with great instincts and ball skills. But it’s also known for the Buffalo Nickel, which brings out a 6’2”, 210-lb hybrid safety-linebacker who’s equally comfortable dropping into coverage or mixing it up with offensive linemen. And some teams look for a nickel defender who’s comfortable blitzing from the slot, or covering the curl/flat assignment in a Cover 3 schem—so your defensive personnel knowledge is only as useful as your scheme knowledge for a team’s defense.

Why it all matters

Personnel is the foundation of football tactics for two reasons: It reveals tendencies, and it reveals mismatches.

Let’s talk tendencies. If a defense sees a team stroll out 13 personnel on a play, how should they react? If they did their homework, they should be loading up a run blitz. 13 personnel is a running back and three tight ends, with only a single wide receiver—it suggests that the offense plans to blast the ball forward on a short carry. Likewise, if you see 10 personnel, you’d better have enough defenders in coverage to account for the four wideouts on the field. Through pregame scouting and over the course of a game, NFL teams will chart the run/pass ratio of their opponent in different personnel packages, in order to detect their tendencies and adjust.

And this is where you’ll see teams roll out a tendency breaker, too. Throw in a QB sweep or a play-action pass with 22 personnel and you’ll catch the defense sleeping and earn major yardage. Spread them out with 10 personnel, then run it up the middle. It’s a constant back-and-forth struggle to act and react against the opponent’s decisions.

Personnel mismatches aren’t absolute. Luke Kuechly was perfectly capable of running step-for-step with many wide receivers, and a running back who knows how to run a route tree and has a 4.4 40-yard dash will feast against a slower defender. That’s why it’s so important to identify and collect those blue-chip “match-up-proof” players. The Buffalo Bills can play out of a strict nickel defense against almost anything thrown at them, because they have a 6’5”, 250-lb athletic freak in Tremaine Edmunds, and Matt Milano’s fast enough to run with any tight end in the league.

So it’s not a given to say you can look at a personnel package and predict the play, or the outcome at any rate. But personnel packages are the start of the game—they set up the chess pieces on the board, so that both teams can execute their tactics and see who comes out on top.