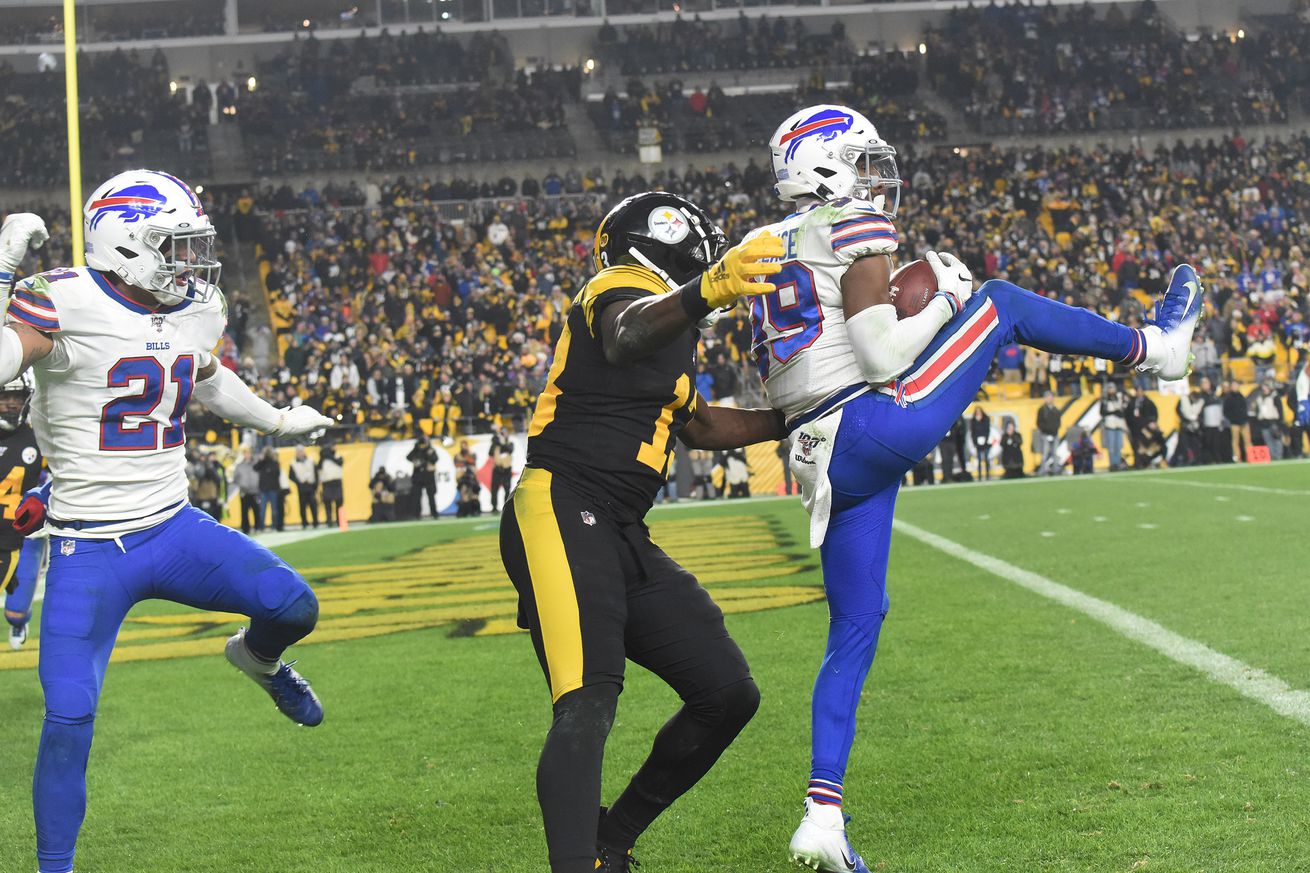 Can you tell your man from your zone?

How well can you diagnose a defense? Every week we watch quarterbacks throw picks into double coverage, and we remark on the terrible decisions. We see cornerbacks burned by the same route and wonder why they aren’t adjusting to gain an advantage. We see running backs tackled behind the line of scrimmage because “we all knew where that play was going.” But can you explain the mismatches on the field like an NFL coach? If you need a primer on identifying a defense from what you see on the television, you came to the right place.

At the defensive root of every football play is a fundamental question: To what extent will we defend man-to-man versus zones?

Football is a game of one-on-one matchups: Take your best players, and tell them to go head-to-head with the other team’s players and win.

It’s a game of geometry and space. Arrange your players around the field to always have people in place to disrupt the play (or to slip into the open space between opponents).

Lastly, football is a numbers game. Each side gets 11 players, but how they use them can turn the tides. Defenses can bring players closer to the line of scrimmage, giving them more people “in the box” to disrupt the run. Offenses can roll out with unbalanced formations, setting up big plays by having more blockers than defenders in a space.

Defensive coverage incorporates all three of those characteristics. From the all-or-nothing gamble of Cover 0, to the steady preventative cushion of Cover 4, and everything else across the spectrum, you’ll find different looks, different coaching tips, and different counter attacks.

If you’re watching the broadcast, and you want to know who played well, what should you be looking for? Here are a few details to check on every play.

The very first thing I look at, even before eyeing the cornerbacks or the offensive formation, is where the safeties are. Specifically, I’m looking to see if there’s a single deep safety, or two of them. Put another way, is the back-end of the defense odd, or even?

How does the play change if there are two safeties deep? The biggest difference is numbers, specifically players in the box. Two-deep looks have fewer players near the line of scrimmage, which makes running easier (one less defender to block). Generally, you’ll see a two-deep coverage have each safety claim a side of the field. They’ll split their job left and right, which makes plays at the sideline harder (someone will be headed in that direction) and plays up the middle easier (the players are drifting away toward the sidelines). With two deep safeties, deeper passes are also harder, since the defense starts with an extra man in position to cover those routes.

If you thought that pretty much everything with a single deep safety is the opposite of what we just said about a two-deep look, then congratulations, ten points to Gryffindor. With only one deep safety, you have an extra man in the box (harder to run). Your safety will line up in the deep middle (harder to throw there) but with only one deep player, he can’t get to both sidelines—so attacking there is easier.

Now, this isn’t the end of it—a single high safety could indicate Cover 1 or Cover 3, or it could be a disguised coverage, plus there could be a blitz in the front seven that changes the defensive array. Not to mention Cover 0—there’s a whole chapter of plays that don’t have any deep safeties.

What do we mean by disguised coverage? Well the easiest example is the safety rotation. I just told you that the first thing to do is look at the safeties. If the defense rolls out a two-deep look and you think “Cover 2—I’ll throw to my tight end down the seam”—what happens when the safeties shift just before the snap?

Buffalo uses this tactic extensively. Micah Hyde and Jordan Poyer are elite, versatile players, and they make an art form out of rotating their coverage before the snap.

Say you’re watching a particular receiver or cornerback, to see how they played. We don’t know the play call, so we have to ascertain what that player’s responsibility was from the visual cues on the tape. To start, we want to understand if the defender was playing man-to-man or if they were responsible for a zone of the field.

Your primary cue for a player’s job should be his eyes. Most of the time, he’s in man coverage if he’s staring at the receiver. Is he looking at the quarterback? Probably zone coverage.

Defenders in man coverage, especially cornerbacks, will often square up with the receiver’s body, a balanced stance to handle any release. If they’re lined up right at the line of scrimmage, it’s probably press man coverage, where they’ll attempt to jam the receiver at the start of the play.

With zone coverage, the cornerback’s eyes and hips are oriented relative to the quarterback, not the receiver. Their job is to guard their space, track the ball, and be prepared to close distance in a hurry. Zone cornerbacks will often align somewhat off the ball. Since they’re watching the quarterback, not running directly against the receiver, it helps to have a cushion space so they can keep players in their peripheral vision as the play develops.

Man and zone cover the basic responsibilities of a cornerback, but defenses can be more exotic than that. Pattern matching is a common practice these days, where cornerbacks are taught to read the route of one of the receivers on their side of the field, and play either man or zone based on how the receiver is moving. Sometimes safeties and cornerbacks trade roles, or fill in for each other when there’s a blitz. We’re just scratching the surface here. Knowing these basic tools is valuable, but putting it into context is a whole other story.