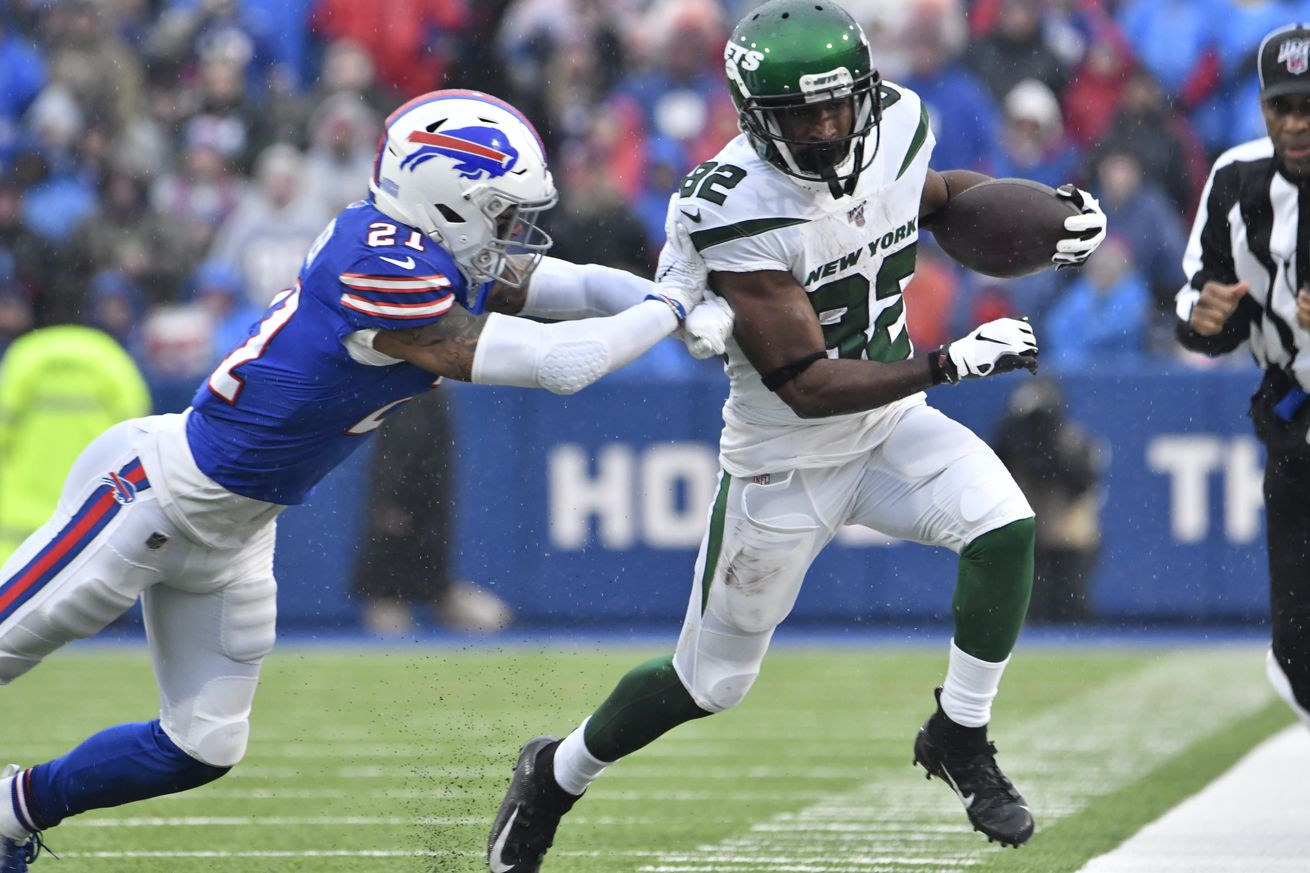 Sam Darnold, like Josh Allen, is entering a pivotal year

For the second consecutive season, the Buffalo Bills open their season against the New York Jets. Last year, the Bills had to travel south to New Jersey, beating the Jets 17-16 in the first of a two-week residency in the building. This year, the two teams face off in Bills Stadium.

Buffalo’s win wasn’t pretty last year, as the Jets were able to rattle Josh Allen, forcing four first-half turnovers in the game. A terrible performance by rookie kicker Kaare Vedvik proved the difference in the game, as he missed a field goal and an extra point to provide the Bills with the winning margin.

Which Jets will we be watching in this year’s opener? Here’s our list.

The No. 3 overall pick in the 2018 NFL Draft enters his third season in the league. And just like Allen, himself the No. 7 overall choice in that same draft, Darnold has a lot to prove. Darnold made some strides in his second season, as he improved his accuracy and his touchdown-to-interception ratio, but a mononucleosis diagnosis early in the season derailed what was a promising second campaign. Darnold is saddled with a poor receiving corps and an offensive line that the team expects to be better, but still doesn’t look to be one of the better units in the league—on paper, anyway. Darnold has been better against Buffalo than he has against any other divisional opponent since entering the league, and the Jets are 2-1 in his three starts against them. If Buffalo can shut down his outside receivers and force Darnold to use the middle of the field with Jamison Crowder and Chris Herndon, they will be able to force New York to dink-and-dunk down the field for long drives. That’s to the Bills’ advantage.

Speaking of Crowder, the veteran slot receiver had his biggest game of the year in the opener against the Bills last year. For the season, Crowder caught 78 passes for 833 yards. In Week 1, Crowder caught 14 passes for 99 yards. That’s 18% of his total receptions and 12% of his total yardage in just one game. Buffalo has been beatable in the underneath game with head coach Sean McDermott and defensive coordinator/assistant head coach Leslie Frazier at the helm, and if the team is confused on some of their underneath combination zone assignments at any point, a savvy veteran like Crowder can exploit them. If the defense recovers quickly and tackles him on the first shot, it won’t cause much of an issue (but it will help fantasy football players in PPR leagues). The middle of the field is going to be where Darnold attacks, and Crowder is going to be his top receiver, so shutting him down is essential.

First NFL game…no preseason…and the massive rookie faces off against one of the league’s most talented and deepest defensive lines. Expect the Jets to keep plenty of help in to protect Becton in the form of chips from running backs and tight ends, limiting what Darnold will be able to do in the passing game. What if Becton is able to hold up against Trent Murphy, Jerry Hughes, Mario Addison, Quinton Jefferson, Darryl Johnson, A.J. Epenesa, and any other blitzer the Bills may bring? Well, then the Bills could be in for a long day. An awful lot sits on Becton’s 367-lb frame.

It’s our bi-annual installment of “Which Player Will Anderson Cheap-Shot Next?” Two years ago, it was kicker Stephen Hauschka. Last year, it was quarterback Josh Allen. Anderson is the worst kind of heel at this point—he’s not entertaining, he doesn’t pump up the crowd, and he seems only to play to cause injury. He’ll be worth watching because the odds are essentially even that he’ll try to do something dirty when the officials’ eyes are elsewhere.

This really could be any member of the Jets’ secondary, as each one of the team’s corners is an inferior player to Buffalo’s top-three wide receivers (and, I’d argue, even their top-four when Gabriel Davis is included). Defensive coordinator Gregg Williams will need to rely on exotic blitz packages and coverage combinations in hopes of fooling Josh Allen, because if he plays it straight, the receiver vs. corner match-ups are going to go in Buffalo’s favor more often than not. Desir will probably draw Stefon Diggs, though the Bills have an advantage whether he covers Diggs or John Brown. Expect plenty of zero blitzes to compensate for the talent imbalance here.