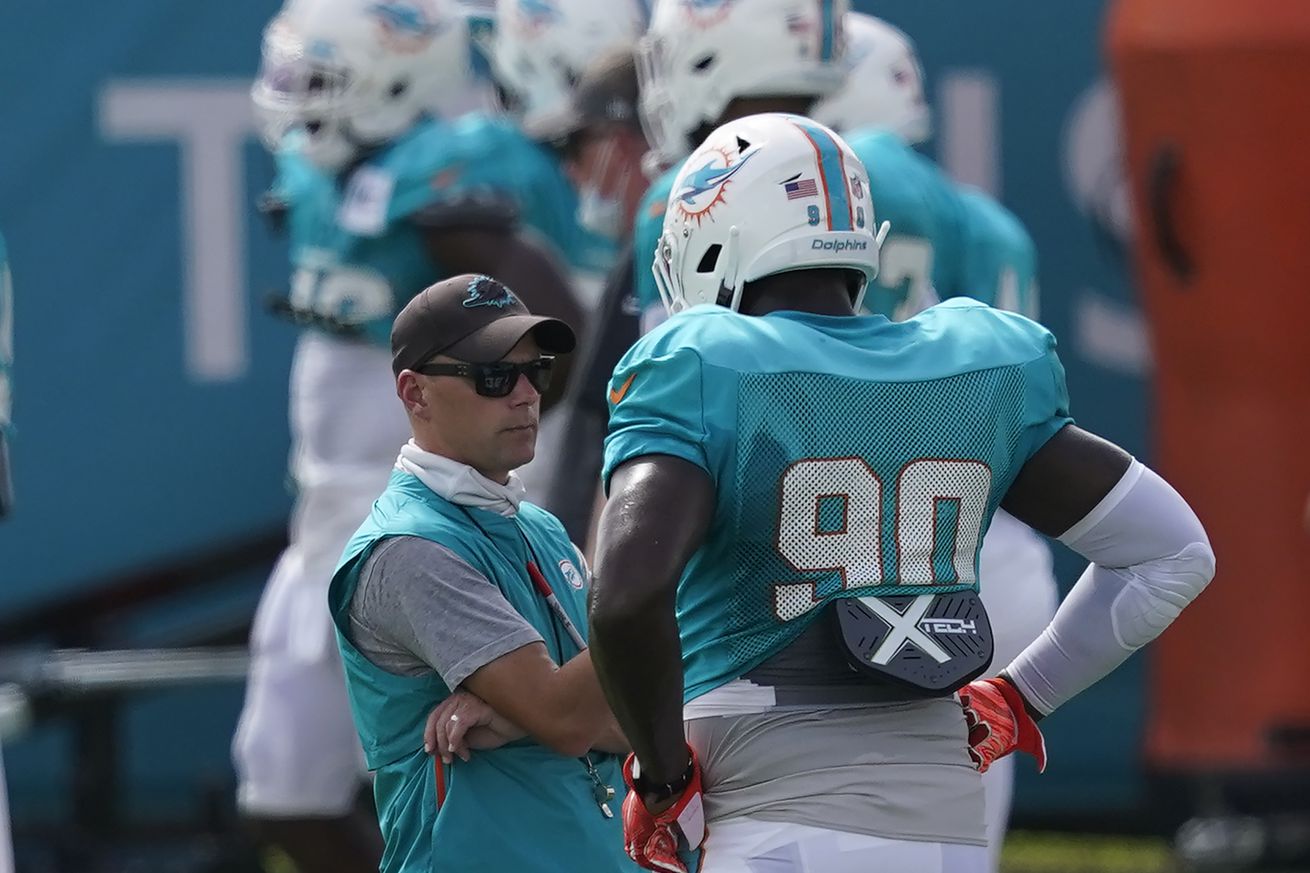 The Miami Dolphins host the Buffalo Bills this week in a match-up of AFC East Division rivals. The Dolphins may hold the advantage in the series historically, as they’ve defeated Buffalo 60 times in 108 tries, but the Bills hold the edge recently. Buffalo has beaten Miami five of the last six times they’ve met, with the only loss coming in 2018 when Josh Allen ran half a mile before throwing to a wide-open Charles Clay…who sat in the end zone rather than coming to the ball.

Miami may be in the midst of a rebuild, but they are a well-coached team with all the pieces to make life miserable for their opponents. They have a few players who definitely should cause match-up issues for the Bills, and a few others still who should have a little extra motivation to play well this Sunday.

Here are our top-five Dolphins to watch this week.

Of course he’s on this list, as Fitz holds a special place in the heart of darn near every Bills fan thanks to his time as the team’s starting quarterback during the heart of the Playoff Drought™. The question isn’t if he will be replaced by first-round pick Tua Tagovailoa, but when, and after a three-interception performance in the season opener, some thought that it would be this week. However, head coach Brian Flores announced that Fitz would start this game. He may be on a short leash, so if the Bills are able to intercept a few more passes, it could be Tua time by the end of the contest. If not, Fitzpatrick and another former Bill—offensive coordinator (and former Buffalo head coach) Chan Gailey—will look to defeat their old team together.

With DeVante Parker (limited with a hamstring injury) sure to draw Tre’Davious White if he plays, that will leave the big, physical Williams to be marked by Levi Wallace. Parker is five inches taller than Wallace, and he outweighs him by nearly 40 lbs. In his career, Wallace has struggled with bigger receivers, and given that Buffalo’s other options are smaller than Wallace, it’s probably going to turn into a situation where Fitzpatrick finds Wallace, sees who he’s guarding, and throws it to that wide receiver more often than not. Williams, who played 56 snaps in his first game back from an ACL tear suffered in Week 9 last year, caught two of his seven targets for 42 yards last week. I expect he’ll have a bigger impact this week, especially if Parker is able to play.

Speaking of players who will have a big impact this week, Miami’s tight end could have more room to operate thanks to some injuries to Buffalo’s linebackers. With studs Matt Milano (hamstring) and Tremaine Edmunds (shoulder) both out this week, the possibility remains that someone like A.J. Klein could end up across from Gesicki. That would be a huge mismatch in favor of the Dolphins. Fitzpatrick loves to throw to his tight end, and Gesicki has the athleticism to make the Bills pay if they aren’t tight on their zone communications. If Edmunds can play, that would be a huge boost—especially since it seems that Milano, who missed practice Wednesday and Thursday, won’t be able to go this week.

Hello, old friend! Lawson left the Bills this offseason, signing a three-year, $30 million contract with Miami. He played 60 defensive snaps in his debut for the team, slotting in as the highest snap share among Dolphins’ defensive linemen—a distinction he never had in his tenure with Buffalo. Lawson had two tackles and a quarterback hit against Cam Newton and the New England Patriots last week, and you can guarantee that he’s been dreaming of walloping Josh Allen for as long as he’s known he was headed to South Beach. Shaq is a guy who runs on raw emotion, and when he feels slighted, he amps his play up a great deal. The chip on his shoulder is going to be huge this weekend, so we’re definitely going to see the best version of Lawson on Sunday.

Either Howard or teammate Byron Jones is going to draw Stefon Diggs, with the other sure to handle John Brown, who popped up on the injury report this week with a foot issue. Either way, the corners will have their hands full, as Buffalo boasts one of the league’s top receiving corps just two years after having one of the worst. Howard is the “top dog” in the secondary, and he’ll need to have a big day in order to contain Josh Allen, something that the Dolphins haven’t been able to do at all in Allen’s young career.