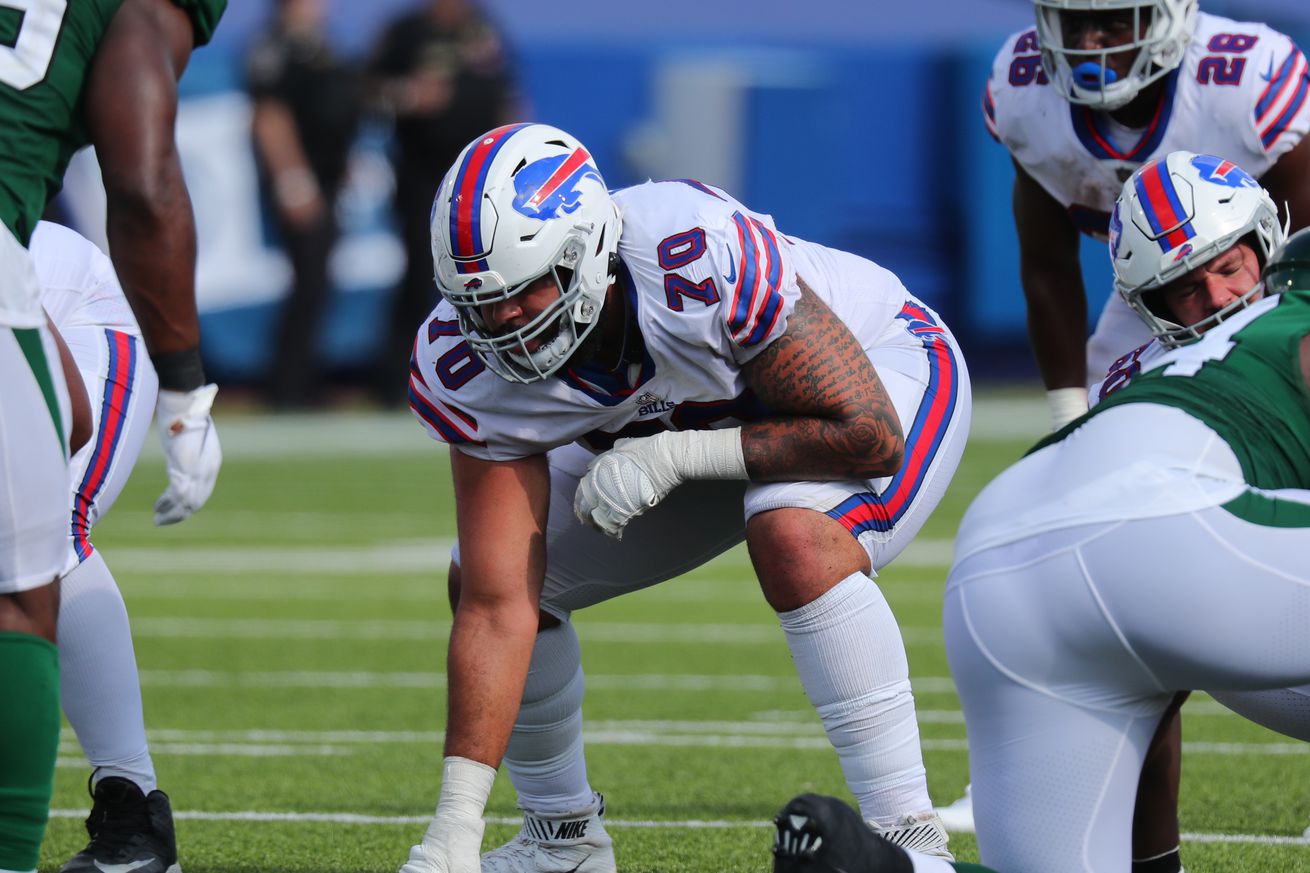 Josh is a given, but who else are we watching this week?

The 2-0 Buffalo Bills play host to the 2-0 Los Angeles Rams on Sunday in a game that, under normal circumstances, would have been filled with loud Bills fans in the stands. Instead, the Bills will play hosts in an empty stadium during this oddest of seasons in what is sure to be one of the best games of the weekend.

Buffalo sits atop their division on the strength of two divisional wins. The Bills beat the New York Jets and the Miami Dolphins so far, and they’re looking to beat their first top-notch opponent of the season. The Rams, on the other hand, have defeated the Dallas Cowboys and the Philadelphia Eagles so far, dispatching a pair of NFC East teams in their rise to the top of the NFC West. While Buffalo is in sole possession of first place after two games, the Rams are tied with the Arizona Cardinals and the Seattle Seahawks.

Which Bills players are we expecting to be the keys to victory this weekend? Here’s our list.

Buffalo’s quarterback has been sensational so far, completing 70% of his passes for a league-leading 729 passing yards and six touchdowns, adding 75 rushing yards and a touchdown on the ground, as well. Allen has racked up numbers against two bad teams, and a date against a high-quality opponent will tell a lot about his growth as a passer. The Rams are allowing 243 yards passing and 18 points per game thus far in the young season, and with star cornerback Jalen Ramsey in the secondary, it will make Allen’s life just a little tougher. Throw in All-World defensive lineman Aaron Donald and the Bills have some match-ups that will test the roster general manager Brandon Beane has built. This is a chance to earn even more respect on this young season, and while Allen has looked up to the challenge thus far, he’ll need to play well on Sunday in order for the Bills to prevail.

Speaking of Ramsey, Buffalo’s top wideout will probably be shadowed by the All-Pro corner on Sunday, and with both John Brown and Cole Beasley dealing with injuries this week, that might put even more focus on Diggs to succeed. Buffalo’s newest weapon has shown exactly why the team dealt a first-round draft choice to acquire him, as he is tied for the league lead in receiving yards with 239 through two games. This kind of match-up is the exact reason why Buffalo acquired Diggs, and Buffalo will definitely try to dial up some plays to make sure the ball is in Stefon’s hands early in the contest. Some quick throws and wide receiver screens could be in the works to make sure that Allen is able to give his top playmaker the ball in space while also giving a main antagonist something different to consider.

Ford, who has lined up at right guard exclusively thus far this year, will likely be tasked with blocking the aforementioned Donald on a few occasions. While this duty will also fall on the massive shoulders of Quinton Spain and Mitch Morse, I’m watching Ford over the other two for one reason: Ford found himself on the bench at points last week after logging every snap in Week 1. Brian Winters, who signed this August after he was cut by the Jets, subbed in for Ford on nearly 30% of Buffalo’s offensive snaps last weekend. Will this trend continue? Will Ford hold up in pass protection? Big number 70 is someone who I’ll be looking for on the field this weekend.

Jared Goff has struggled under pressure. The Bills bring a lot of pressure. Ed Oliver has drawn comparisons to Aaron Donald in terms of his physical ability. Oliver has not come close to showing the level of disruption that Donald has—and to be fair, nearly every defensive tackle in the history of the league has fallen short of Donald’s dominance. Oliver is off to a quiet start this year, notching five tackles, one sack, one pass breakup, and three quarterback hits on 74 defensive snaps. If he is able to win battles against left guard David Edwards, starting in place of injured Joseph Noteboom, then the Bills could force Goff into some bad decisions. No quarterback likes pressure right in his face, and Oliver could make a statement by taking over the game on Sunday.

Sure, Tre’Davious White might end up shadowing Robert Woods at some point on Sunday. However, the Bills tend to try allowing the defense do its thing without White shadowing receivers at first, and Woods tends to work magic out of the slot. Enter Johnson, a third-year corner whose career has had plenty of ups and downs. As usual, Johnson is dealing with an injury, as a groin issue has landed him on this week’s injury report. If he is able to go full-bore on Sunday, it will give the Bills some added depth and at least give them the chance to allow White and Levi Wallace to stay on their respective sides of the field. If the Bills are forced to use a combination Cam Lewis and Siran Neal exclusively as their nickel corners, then it will almost force head coach Sean McDermott and defensive coordinator/assistant head coach Leslie Frazier to have White shadow Woods. And oh, we haven’t even mentioned Cooper Kupp yet, another fantastic slot receiver. For a Buffalo defense that was absolutely shredded over the middle last week, Johnson will need to step up and play well.