The Buffalo Bills are a mere hours away from trimming down their roster to 53 players. On Saturday, NFL teams, including the Bills, must have their team down to that number by 4 p.m. Teams entered this year’s training camp with 80 players as opposed to the traditional 90 due to COVID-19.

There were several storylines to come out of this year’s training camp. While some were the types we’re used to, others were new, such as the grapple the team had on reports coming out of training camp. While eyeballs on camp were held back from reporting things over the past few weeks, we haven’t heard much. But media outlets are no longer watching practice, and since they’re not, we’ve started to really see the dust settle a bit on where the team’s final roster could sit.

Using some of the additional info we’re now privy to, let’s put together a final guess at the squad. Here’s our last 53-man roster projection for the Bills as they head toward cut-down day on Saturday: 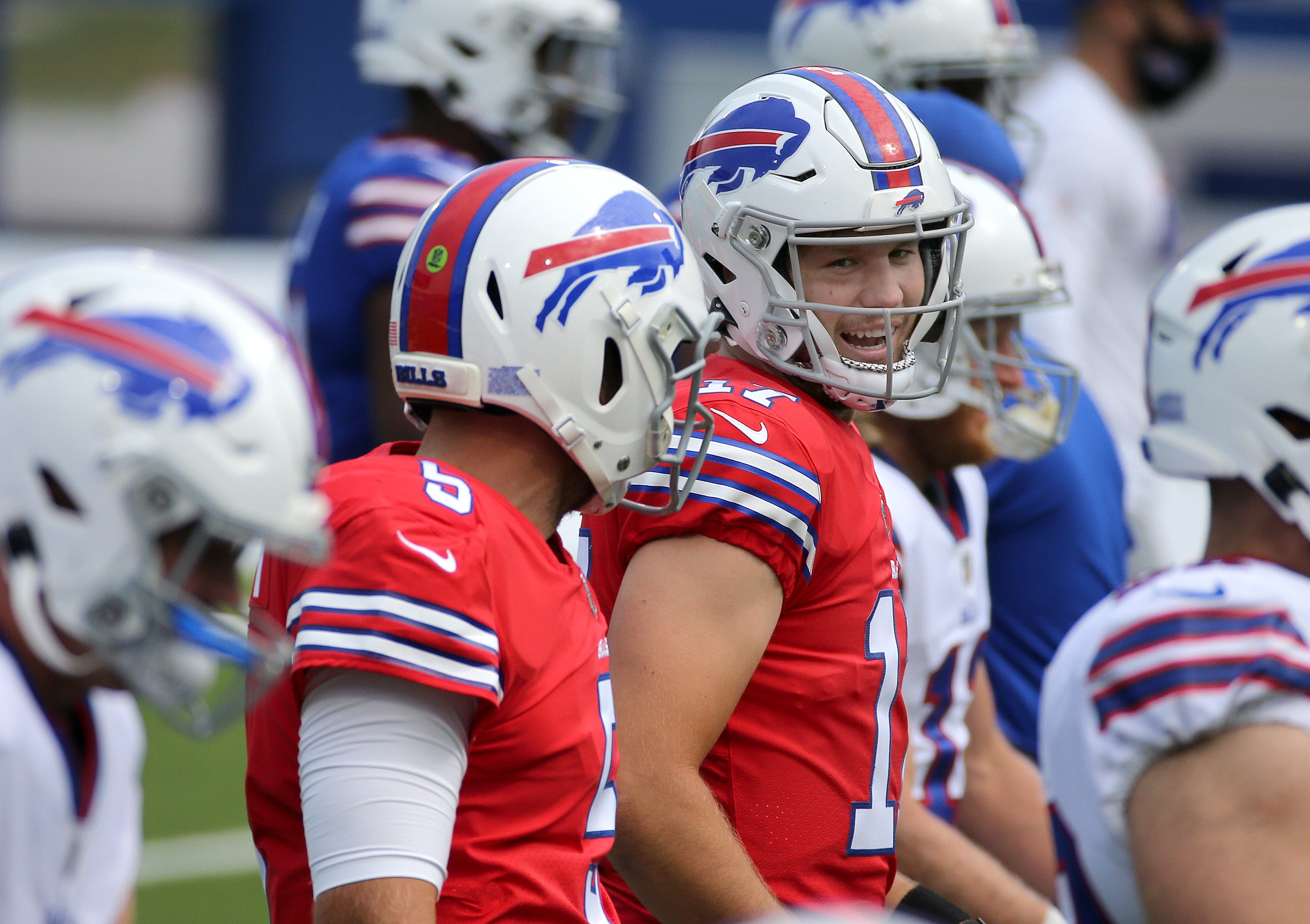 At this point of the offseason, we’ve seen two factions of reports out of Bills training camp. The first is Davis Webb out-playing rookie Jake Fromm. That could be true, but the Bills also made an investment in Fromm via a fifth-round pick. Albeit it’s a Day 3 pick, but we’ve already seen the lengths Sean McDermott will go to support a problematic Round 5 QB. Nathan Peterman was one, folks.

Because of that past, and the front office’s prior protections of from via his racially-charged text messages which surfaced this offseason… c’mon, the Bills are almost right to the finish line with Fromm so it’s hard to envision them letting him go. He’s not going to stick around on their practice squad, someone will claim him if he’s let go, so we’ll predict stays and Webb goes to the practice squad… perhaps even in a twisted way. Maybe just to protect Fromm, they keep him on the 53 and put Webb on the practice squad. Teams are much less likely to go after Webb. But if Allen gets hurt, it wouldn’t be shocking to see Webb called up from the practice squad to be QB2 behind Barkley.

And in the past the Bills have kept two quarterbacks, but with COVID-19, it’d be very silly to not do everything you can to keep all four guys around.

Matt Barkley is casually throwing touchdowns to … his left tackle?
(Via @NFL) pic.twitter.com/GLxThxhZPT