We’re two weeks into fantasy football this year and we’ve had some massive injury concerns already pop up. Perhaps unlike anything ever during a single weekend… Week 2 might have hit your team hard.

But because of that, setting your lineup correctly has some increased importance in Week 3. If you lost a consistent starter, that replacement must preform, and we’re here to help.

Here are five sleepers to start and five starters you’ve got to sit in Week 3 of fantasy football: 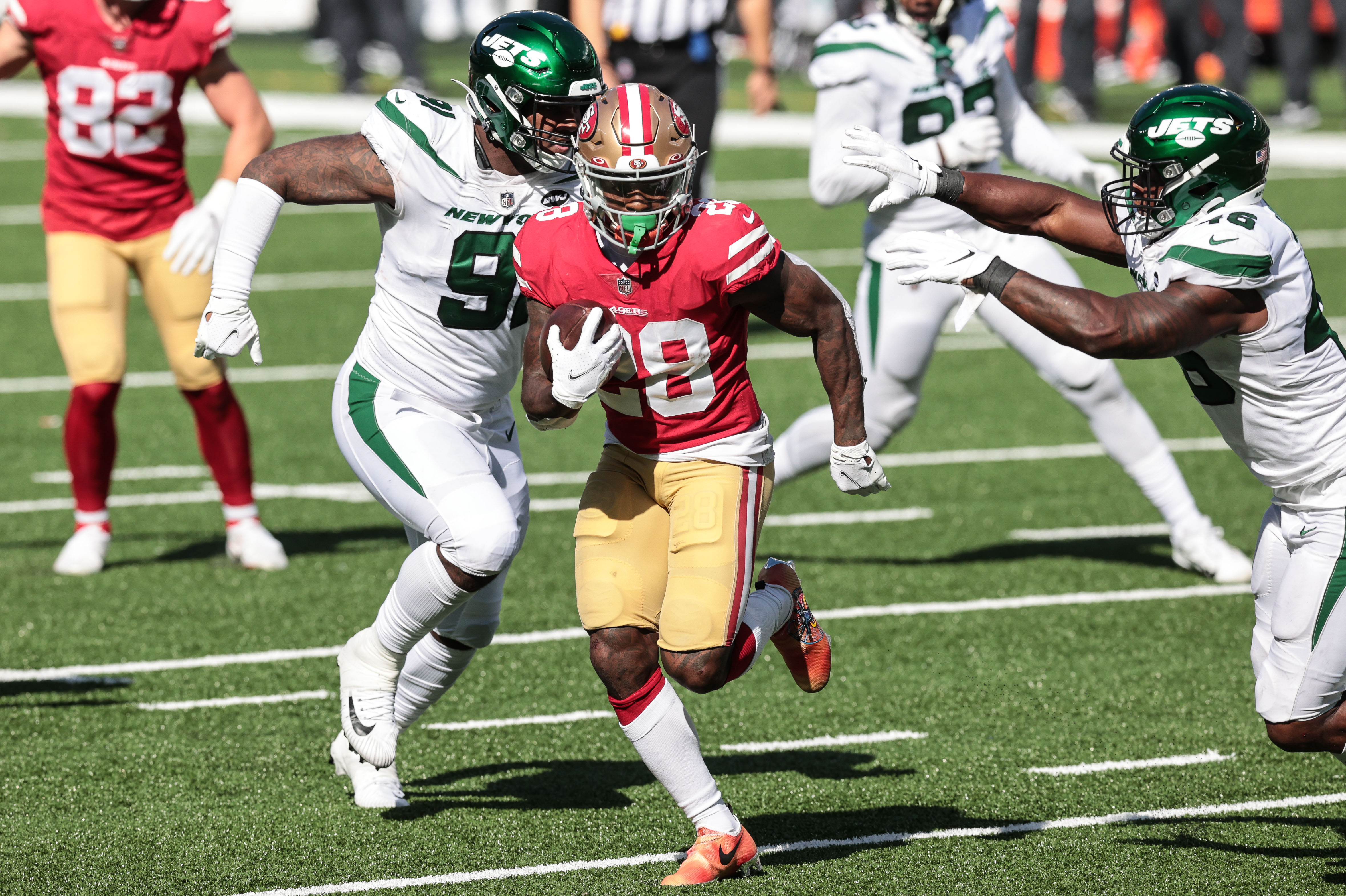 After having to really prove his worth early this season, Titans quarterback Ryan Tannehill has done that. He has six touchdowns and 488 passing yards. Not a ton of yardage, however, his lack of any interceptions makes up for that. Previously thought of as a good secondary, the Vikings are not so far this year, allowing the fifth-most yards per game (283.5) and 10th most fantasy points to opposing quarterbacks.

There’s not a lot of other options in the Dolphins offense, that’s a good start to the discussion for Myles Gaskin. Add that into the Dolphins backfield. Gaskin through two games is leading in snaps by a large margin and while Jordan Howard is getting goal line touches, it’s Gaskin in South Beach. The Jaguars are also allowing the ninth-most fantasy football points to running backs this year.

Raheem Mostert and Tevin Coleman are going to miss the 49ers’ Week 3 contest versus the New York Giants. That could mean a two-back system with Jerick McKinnon and Jeff Wilson. But the 49ers have consistently targeted their running backs a lot in the passing game anyway and that’s where McKinnon thrives. Plus, Jimmy Garoppolo is likely to miss the game. The 49ers lean on their running backs when their starter does play, let alone when a backup QB is in.

No defense, specifically has taken more of a beating on the field via injuries than the 49ers. No Nick Bosa or Soloman Thomas the rest of this season. That could’ve bode well for Sterling Shepard, but the Giants’ No. 1 receiver is sidelined himself. This lines up for a good outing en route for Golden Tate, who stepped up in 2019 when Shepard was out.

Fresh off a three touchdown outing, it’s unlikely that Tyler Higbee would do that again against any given team. But the Bills allowed a huge game to the Dolphins’ Mike Gesicki last week without their starting linebackers on the field, and both are still limited in practice this week and will unlikely be 100 percent. Higbee is a safe bet.