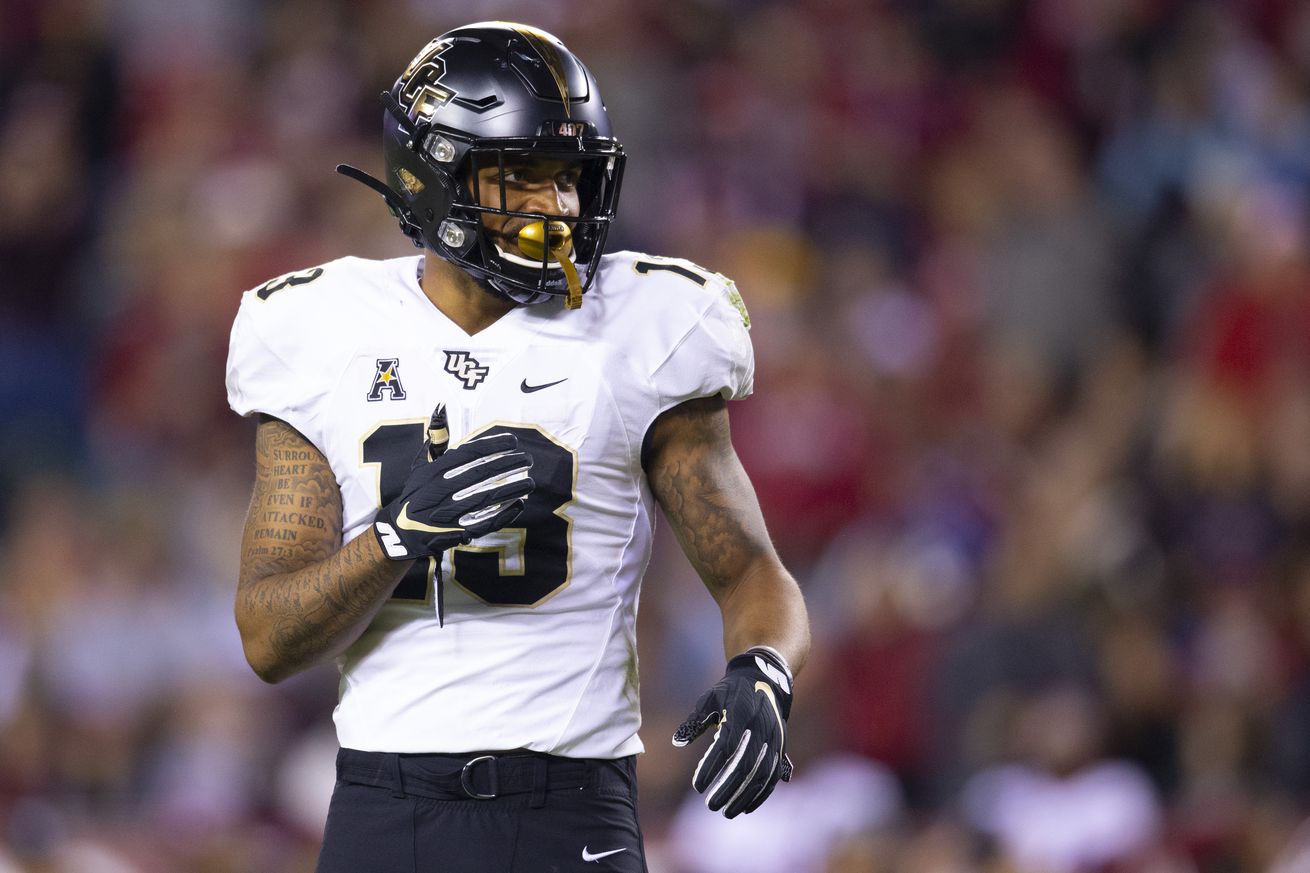 What can be reasonably expected of the team’s rookies, now that they’ve all made the team

Last season, picking at ninth in the overall order, the Buffalo Bills saw their rookies make huge contributions to a team that ultimately returned to the playoffs.The roles and snaps of players like Ed Oliver and Devin Singletary quickly increased to the point where they are now considered starters. The open question this year is if things will be any different because the team lacked a first-round pick. Let’s dive into each player and project where each one could be by the end of the season.

Although he reportedly didn’t have an impressive camp, Epenesa was a highly productive defensive end in college, including his sophomore season when he was only a part-time starter. That will likely be his role for most of the season, as defensive coordinator/assistant head coach Leslie Frazier is known for heavily rotating his defensive linemen. While Epenesa isn’t likely to see the field as much as Shaq Lawson did last year (46% of defensive snaps), it’s fair to expect him to be somewhere above Darryl Johnson’s level (21% of snaps). If he’s able to be impactful at the role, there’s a chance the coaches start to trust him more and more.
Projected stats: 30 tackles, four sacks, five tackles for a loss.

Unlike Epenesa, Buffalo’s beat writers raved about Moss’s training camp. That means the plan to have him replace Frank Gore’s role (34% of offensive snaps) remains the same. However, there are two things that may throw a wrench in that plan. One is the rookie’s ability to stay healthy, and the second is his ability to be utilized in the passing game as both a receiver and pass protector. I happen to think the team wants as close to a 50/50 split as possible between Devin Singletary and Moss, although Moss is likely to see more caries in the red zone.
Projected stats: 170 rushes for 680 yards and 7 touchdowns.

The rookie darling of training camp, Davis has the unfortunate problem of being the fourth or fifth wideout on the depth chart. It’s hard to imagine the coaches showing John Brown or Stefon Diggs the bench just so their promising rookie can see the field. Having said that, Robert Foster’s and Duke Williams’s snap counts and production are up for grabs, and Davis has the size that the team’s other receivers lack.
Projected stats: 42 catches for 450 yards and 3 touchdowns.

After an unimpressive camp, it’s questionable if Fromm would even serve as the backup to Matt Barkley, or if veteran Davis Webb would get a call up from the practice squad instead.
Projected stats: None (hopefully).

After beating out veteran incumbent Stephen Hauschka, Bass is now the team’s starting kicker. Fellow Rumblings contributor Skarekrow recently wrote an article on what Bass’s numbers should look like, but the TL:DR version is that an average season for a rookie kicker would be a 76% kick percentage, with the league average for all kickers at 81.7%. His analysis also showed that if Bass is the real deal as a franchise kicker, he’ll show it early—especially on longer kicks (50+ yards).
Projected stats: 18 of 25 FGs made, 2 of 4 from 50+ yards.

The team’s other rookie wideout was surprisingly placed on IR to begin the season, which general manager Brandon Beane pointed out was due to an ongoing shoulder injury. Ultimately, the injury may require surgery and Hodgins may be shut down a result. Regardless, it’s difficult to envision Hodgins contributing much, even if he manages to overcome the shoulder issue.
Projected stats: 15 catches for 150 yards, zero touchdowns.

The recently extended Tre’Davious White has yet to miss a full game due to injury and while both Levi Wallace and Josh Norman were dealing with hamstring injuries, neither are considered to be serious. As such, Jackson isn’t likely to see the field this season.
Projected stats: None.

With Patrick DiMarco on injured reserve, a spot was opened up on the team for Gilliam, but his role may not necessarily be the same as the veteran fullback. The team has designated him as a tight end on the depth chart, which could be an indication they only really see him as a special teams player. For now, its safe to predict that he will be a constant presence on all phases of special teams, as that’s where he excelled in college.
Projected stats: 58% of snaps taken on special teams.