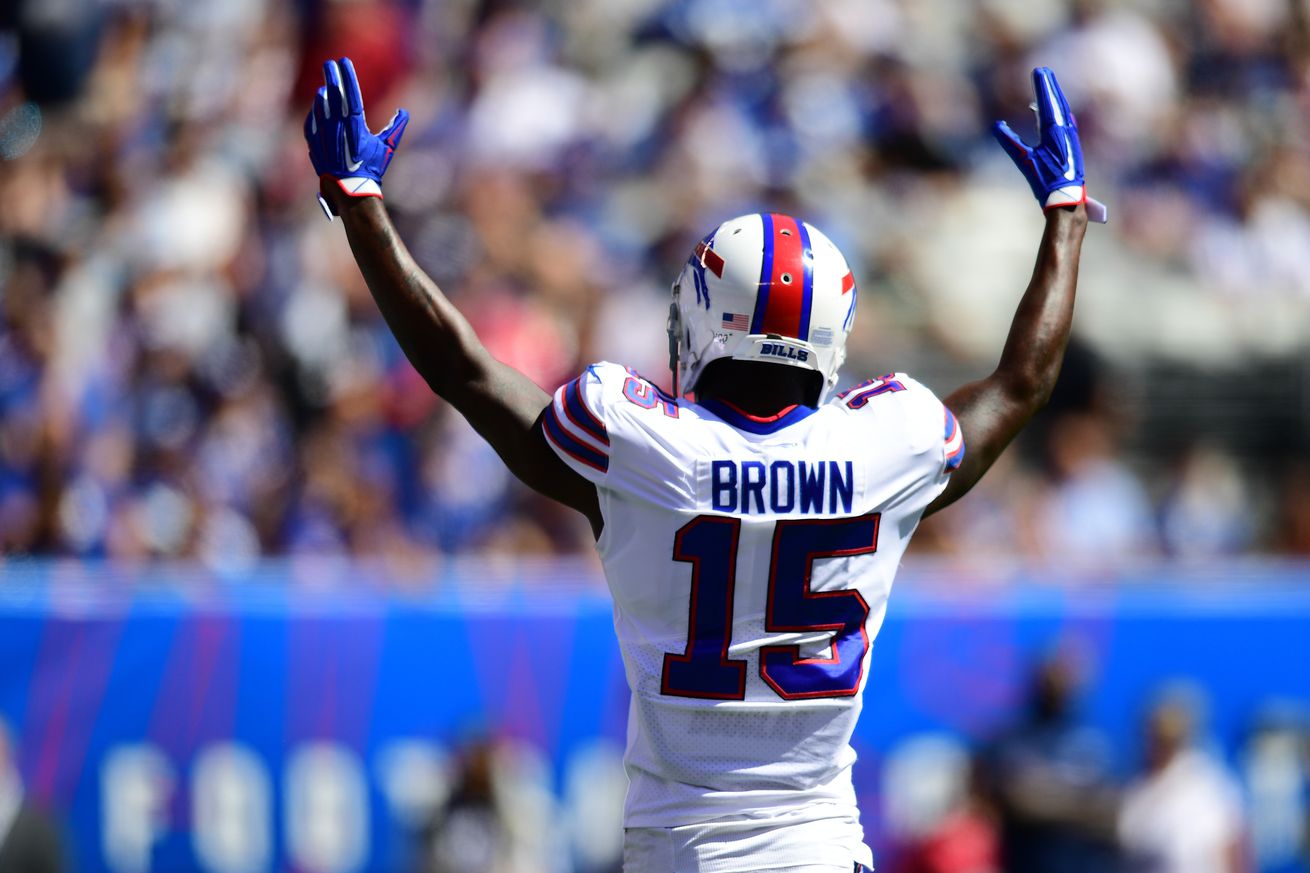 The experts don’t love the trio of Diggs, Brown, and Beasley

Our series of fantasy football previews continue for the Buffalo Bills, as I take a closer look at the team’s wide receivers. As you would expect, there are three players to consider for your fantasy teams this year—John Brown, Stefon Diggs, and Cole Beasley.

Fantasy experts are not too high on any of the three, mainly because this is seen as one of the deepest wide receiver groups in some time. One could argue that once you get past the top-ten receiver, there may not be much separation between the next 20 names on the list.

Brown had his most productive season as a pro during his 2019 campaign, compiling 1,060 yards on 72 receptions. While those numbers might not jump off the page at you, Brown came in at number 17 in the wide receiver rankings in half-PPR leagues last year.

While the addition of Stefon Diggs should have an impact on Brown’s targets, he should see less attention from opposing defenses’ top cornerback. Even a 15-20% statistical reduction in 2020 would likely have him as a top-35 wide receiver this year. Look for Brown as a possible WR3 or FLEX option in deeper leagues, or a dependable bench option who should be rostered in all leagues.

If you caught my recent episode of Breaking Buffalo Rumblings, you will know I am a bit baffled with Diggs’s preseason expectations. He comes in at number 28 on ESPN’s preseason rankings, which is a bit low by my estimation. As I mentioned earlier, there are a lot of wide receiver options for owners to consider—which creates plenty of options in the middle rounds. I personally am bullish on Diggs, and would expect a significant increase in targets (only 94 in 2019) as the marquee offseason addition for general manager Brandon Beane.

I will be targeting Diggs in round 6 of my drafts, banking on his upside over players such as Keenan Allen (20), Tyler Lockett (21), and T.Y. Hilton (22). With plenty of depth across the league at wide receiver, Diggs could fall into your lap in the middle rounds.

Beasley should be considered an option as a bye week fill-in or a waiver wire addition later in your season. He has limited upside out of the slot, but could rack up a big week or two in PPR leagues. I expect Beasley to see the biggest regression in targets this season (106 in 2019), as Diggs and Dawson Knox become a greater focus of the offense. Beasley will remain an important and trusted weapon for Josh Allen, but his fantasy upside is limited.

This specifically applies to those dynasty owners looking for a late-round receiver in their drafts. Davis has made a favorable impression early on in training camp, and could be a future replacement for Brown. It is certainly way too early to get excited about Davis’s fantasy potential in standard leagues, but dynasty owners should give him a look.