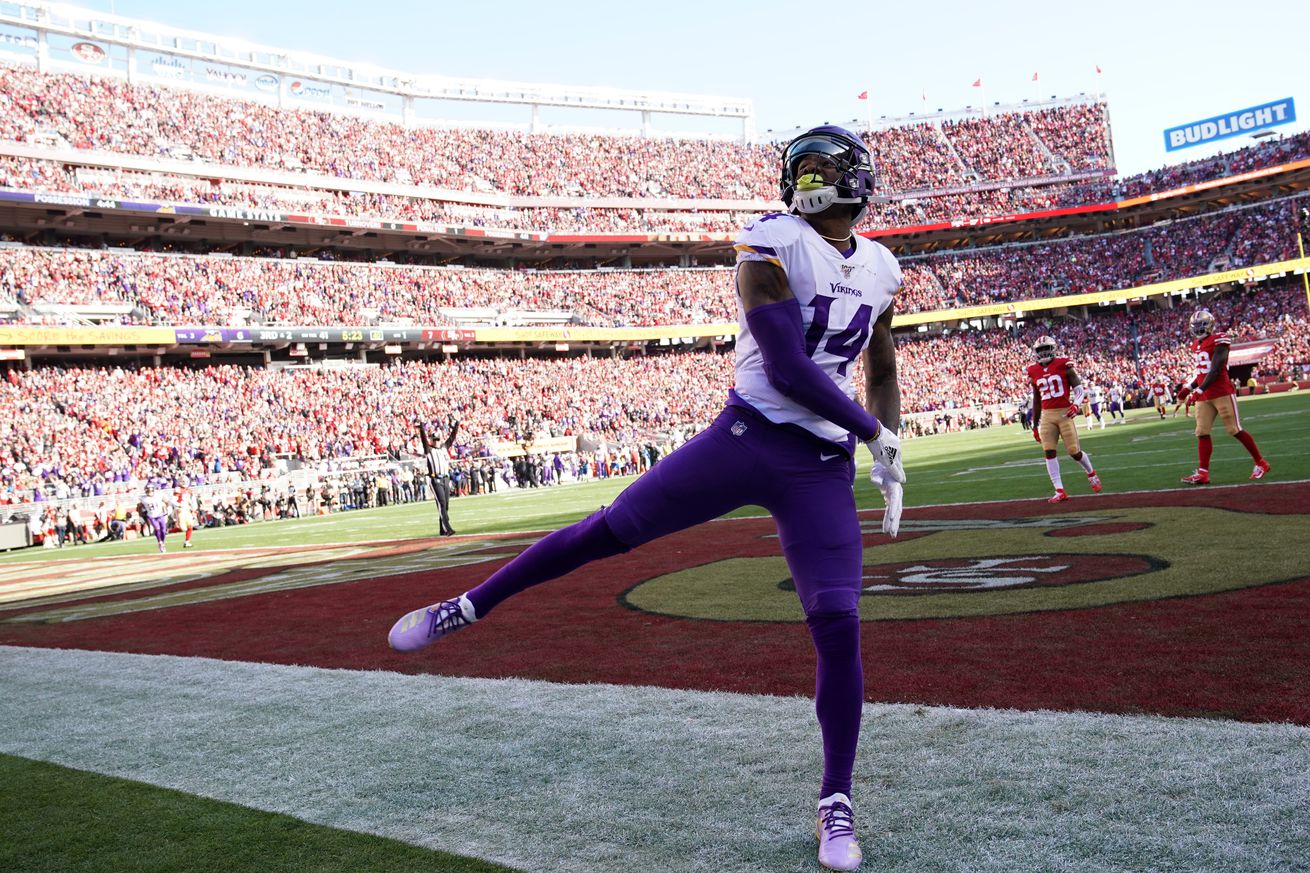 The new guys are making an impression early.

During the first day of padded practices at One Bills Drive, the media had their first glimpse of newcomers Stefon Diggs and Josh Norman, and the two stood out according to multiple reports. Isaiah Hodgins was also turning heads even though he wasn’t participating in full contact drills. Josh Allen, not a newcomer, was impressive, as well.

“Limited in what I can report but I’m pretty sure I can say this: Stefon Diggs is as good as advertised,” said ESPN’s Marcell Louis-Jacques. “Crisp routes, contested catches, consistent separation — you name it.”

The sentiment was echoed by WKBW’s Matt Bove.

Hitting Diggs on those passes was the third-year QB Allen, who hit some nice passes today according to one local reporter.

Josh Allen to John Brown deep down the field. pic.twitter.com/tDHCvEpkdS

Thad Brown also heralded Norman, who was the number 2 cornerback opposite Tre’Davious White on Monday. (Levi Wallace was sidelined.) “Josh Norman was another practice standout. Multiple breakups and he was fired up doing it.”

A quick look at the Bills DBs… including new CB Josh Norman(29) pic.twitter.com/gkJmedLYRy

While Hodgins was in a red non-contact jersey, his size was impressive. WHAM’s Dan Fetes said “Isaiah Hodgins is VERY tall.” Louis-Jacques chimed in that “Isaiah Hodgins may be the biggest receiver on this roster right now.”

“Gabe Davis is built like he’s been in an NFL training program for four years,” said Louis-Jacques of the fourth round pick in the 2020 NFL Draft.

With reporters unable to tweet during 11-on-11 work and not able to report on who was working with the starters, this is about as effusive as we can be for now.