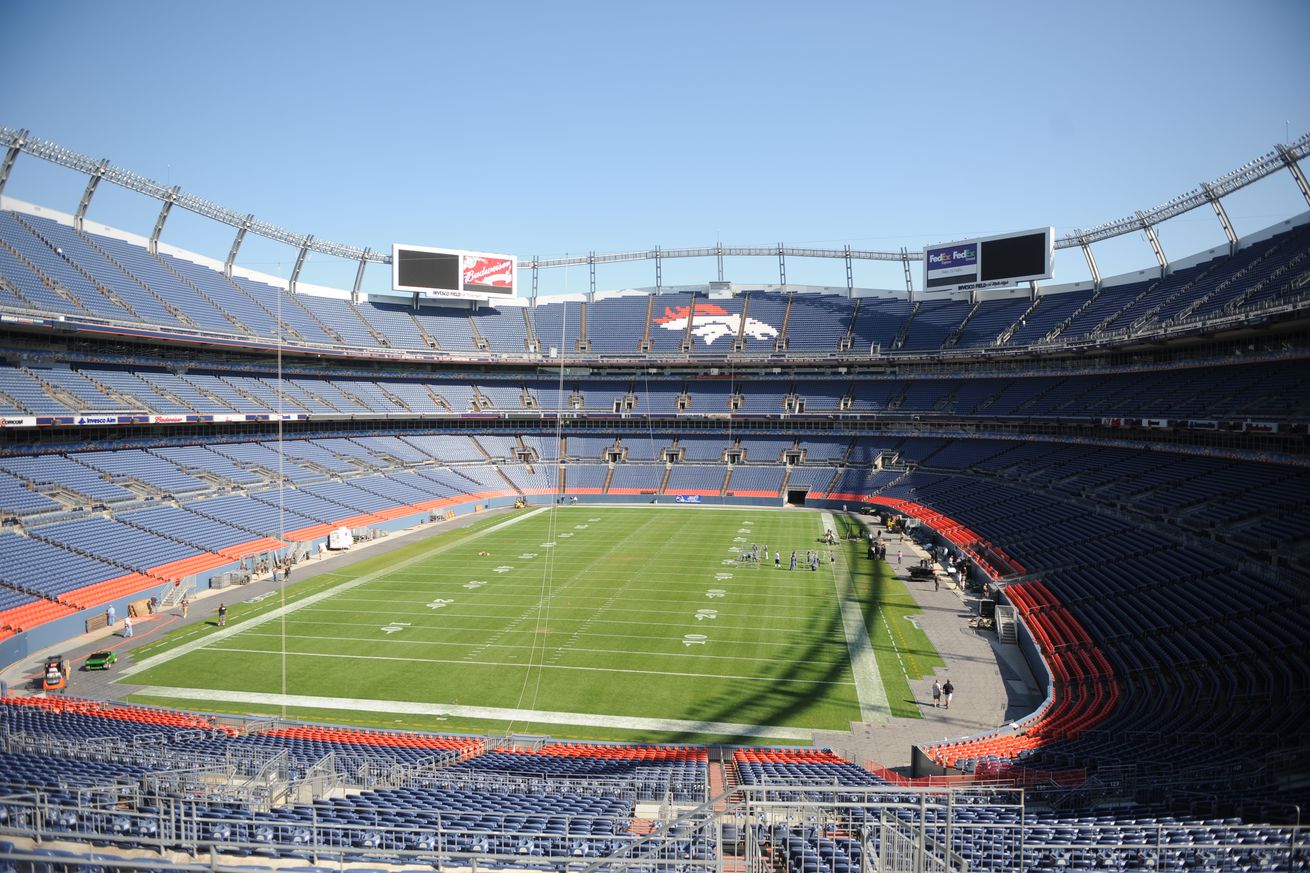 The Denver Broncos announced Tuesday that the team will allow a maximum capacity of 5,700 fans to be in attendance to start their 2020 season according to Adam Schefter of ESPN. In order to maintain social distancing protocol, the team is requiring all fans in attendance to wear masks while in the stadium.

The Buffalo Bills will travel to Denver for a Week 15 match-up on December 20th. Team protocol for fan attendance may change by late December, but the Broncos will start the year with just 7.5 percent of the regular 76,125 stadium capacity.

It was previously announced that New York State governor Andrew Cuomo won’t allow the Bills or other pro sports teams to have fans in attendance. Later in July, the Bills told season ticket holders that they were working on options to get some fans into the stadium but there has been no update. There are rumors that the Bills are training stadium staff in the event they are pressed into service on short notice.

The Bills will also see opposing fans when they head to Florida to take on the Miami Dolphins in Week 2.