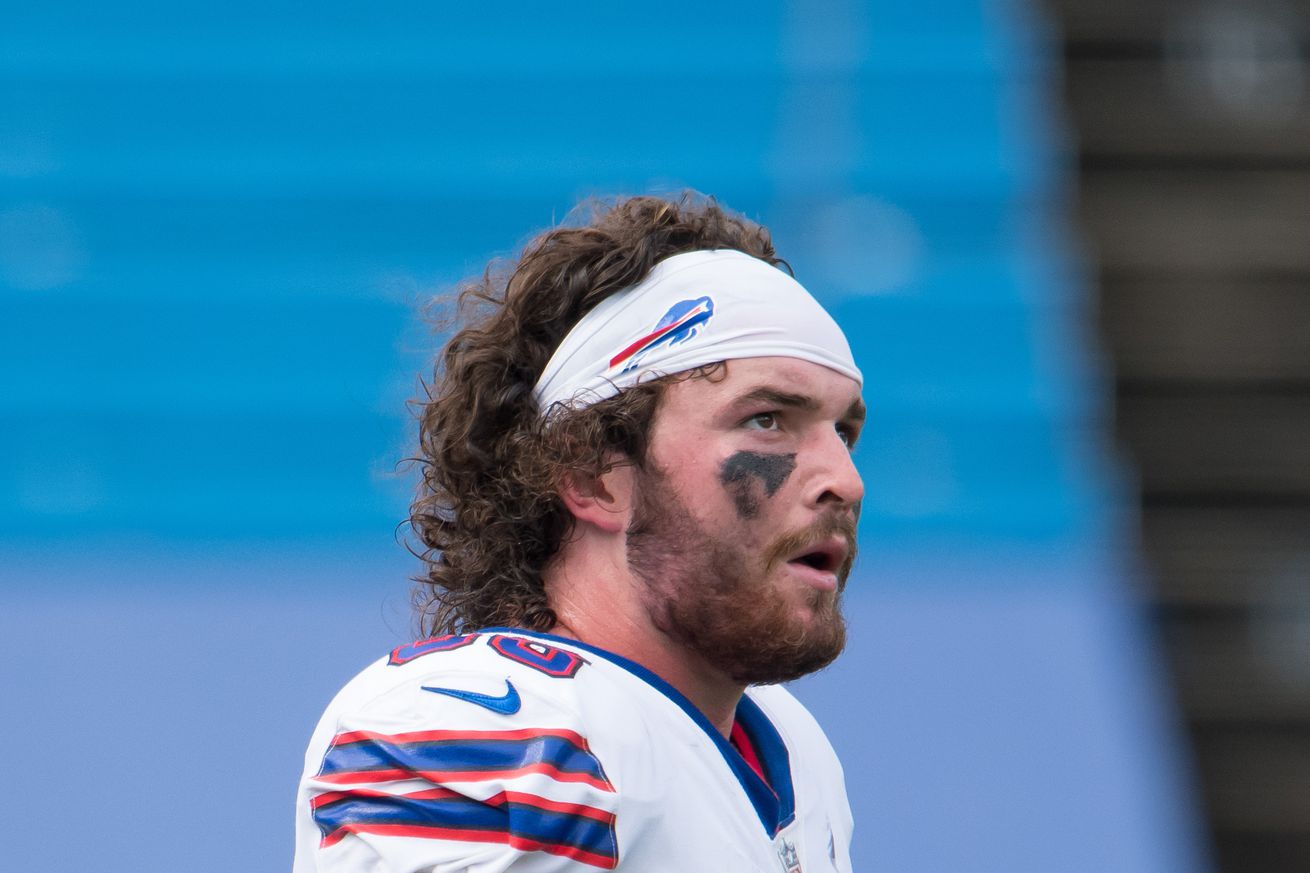 The Bills are out their starting tight end.

The Buffalo Bills are still working through a lengthy list of injuries ahead of their game with the Los Angeles Rams, but they’ve already declared three players out for Sunday. Dawson Knox (concussion), Zack Moss (toe), and Del’Shawn Phillips (quad) were all noted as such by head coach Sean McDermott during a radio appearance with WGR 550 on Friday morning.

Knox is the big name here. He’s a true multi-threat tight end that the Bills use in the slot, off tackle, or in the backfield as a blocking fullback. Tyler Kroft doesn’t have the same versatility, and Reggie Gilliam is an untested rookie—both players will need to step up in Knox’s absence. We might also see Lee Smith activated for the first time this year.

With Moss out, the Bills could give T.J. Yeldon his first appearance of the year. Moss hasn’t been a dynamic threat, rushing for only 2.8 yards per carry so far, but his effective pass protection will be missed. Phillips, a reserve linebacker, was mainly replaced by practice squad promotions of Deon Lacey and Andre Smith last week.

Still an open question is the status of Tremaine Edmunds and Matt Milano. Both players have been practicing in a limited fashion all week. McDermott said that Friday’s practice will be used as the barometer to decide if either or both can play this weekend.