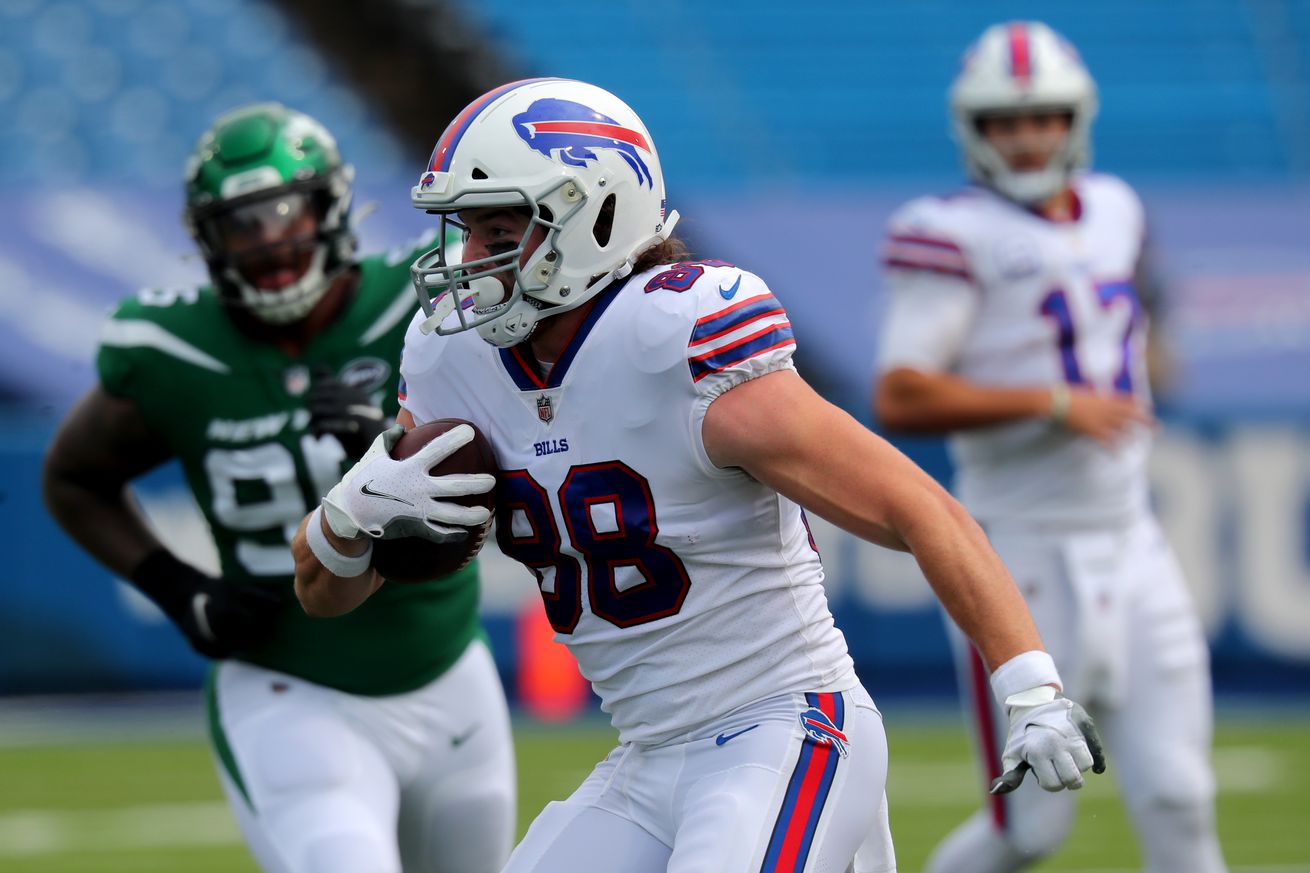 The Bills are down a tight end.

Buffalo Bills tight end Dawson Knox has left the game against the Miami Dolphins with a concussion. It’s unclear when he sustained the injury. He only has one catch for 38 yards and a fumble on three targets.

Tyler Kroft will be the first man up to replace Knox. Kroft has a lot of experience with 38 starts in his six NFL seasons. Lee Smith is inactive and Tommy Sweeney is on the PUP list, so Reggie Gilliam is the only other active tight end, and he plays more of an H-Back role. Gilliam did have Buffalo’s lone touchdown catch out of the backfield earlier in the game.

Obviously, Knox will enter the concussion protocol immediately. His status for next weekend will be up in the air as a result. He has to pass a series of tests in order to return to the field and be cleared by an independent doctor.