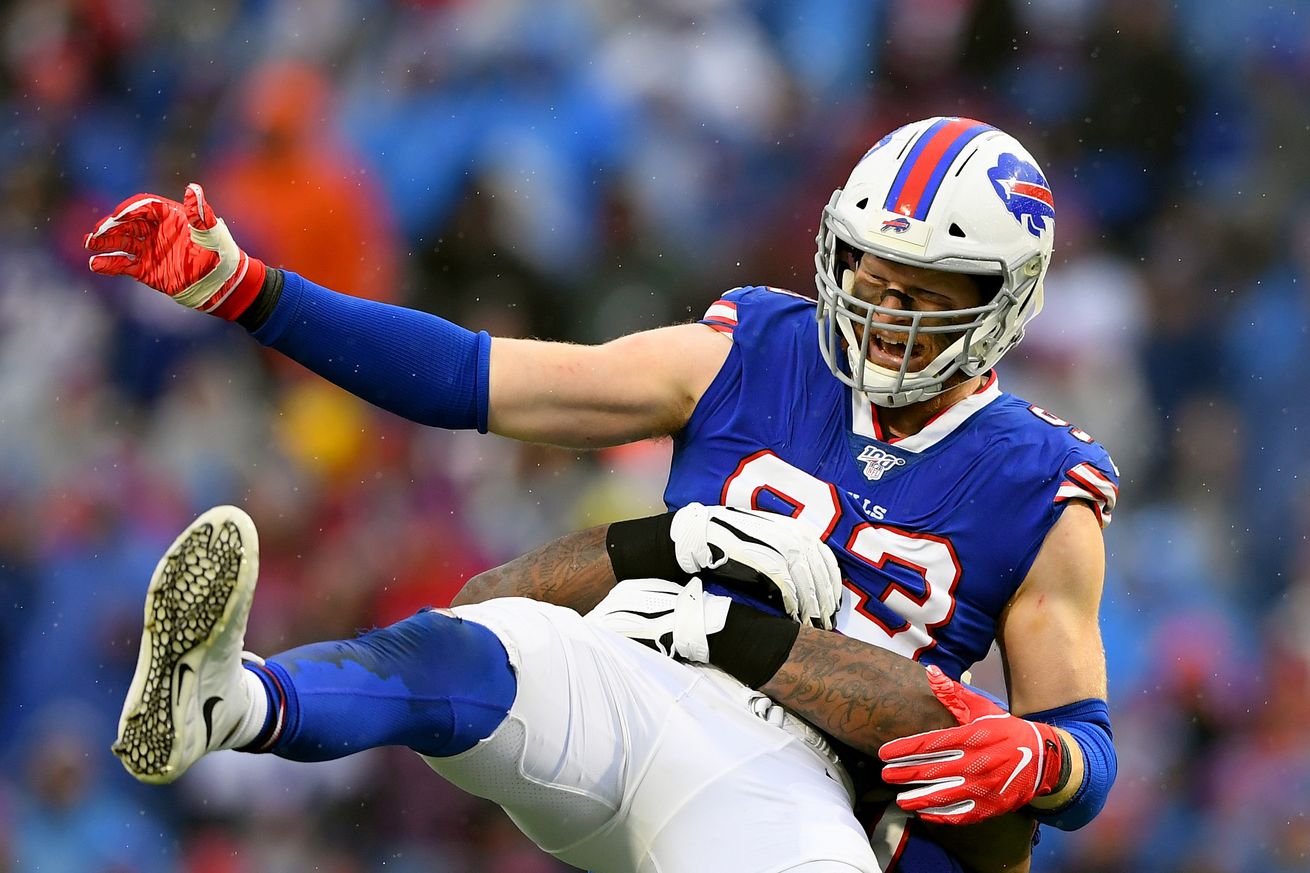 It was never under serious consideration

One cut that many Buffalo Bills fans were waiting to see whether it would or would not come to fruition was that of veteran defensive end Trent Murphy. Murphy is in the final year of his three-year deal with the team and his cap hit peaks in 2020 at double what he was paid in his first season in Buffalo. The option to save nearly $8 million on the salary cap was expected to potentially contribute to his release if the team decided to go that route.

In his post cut-down comments, Beane spoke specifically about Murphy and said that it was never a serious consideration inside the building for the Bills to move on from the veteran.

“That was probably more media-fan talk than what was in our building” explained Beane. “Trent’s a guy that does things the right way, every day. He’s a true pro. We brought him here and he was coming off an ACL that first year. I thought year two he was a lot better. And then we’re looking for year three in this system to be an even better version of himself.”

The drafting of defensive end A.J. Epenesa from Iowa with the Bills’ first selection in the 2020 draft along with the signings of end Mario Addison and interior/exterior rusher Quinton Jefferson seemed to present a way to step away from Murphy’s contract while still having exceptional talent to take his snaps. However to the Bills’ front office, and likely head coach Sean McDermott, the presence of a young player like A.J. Epenesa actually contributed to the value of keeping Murphy.

“We still got some young guys on the D-Line. We drafted A.J. [Epenesa]. Ed [Oliver]’s in year two. Harrison [Phillips] is still a young guy. [Murphy]’s leadership is very important to what he brings and there’s value in that, “said Beane. “A lot of times people get caught up in ‘there’s this number, and these are the stats.’ But Trent does a lot of things, a lot of the dirty work too. So it’s not all about the stats versus the salary with us. We’re looking forward to, again, year three being an even better year for Trent.”