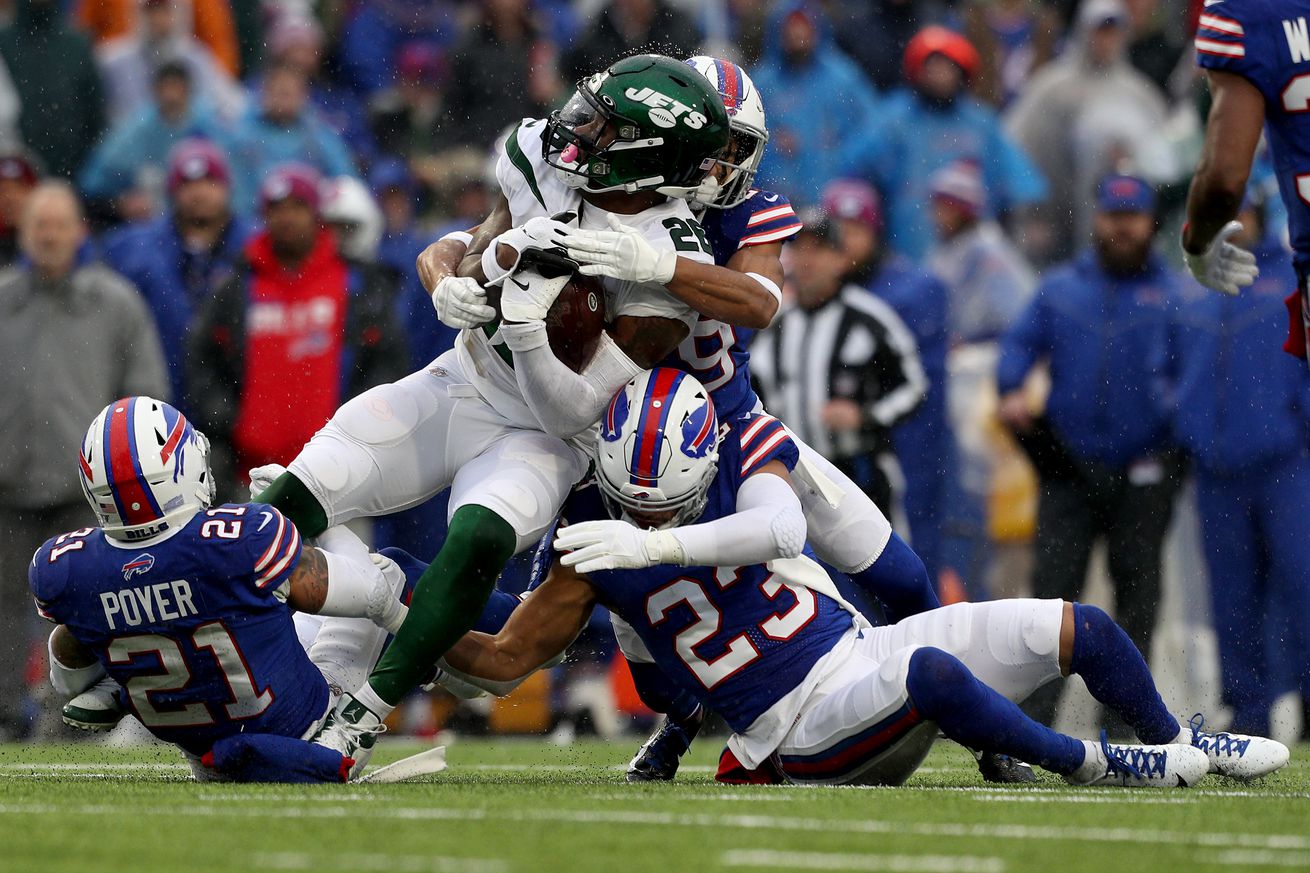 Every week, I write an opinion column on a few general game-planning tactics I like for the Buffalo Bills’ to use against their upcoming opponent—ones I think have a chance to be successful based on personnel usage and scheme along with the strengths and weaknesses of each team. These may take many forms, though I typically try to come up with at least one tactic on offense and one on defense.

As we all know, the 2020 season kicks off with the New York Jets. So, I have some thoughts…

Attack the middle of the field

The Jets are famously without linebacker C.J. Mosley (who opted out) and safety Jamal Adams (traded to Seattle Seahawks) for 2020. This creates an interesting dynamic in the middle of the Jets’ defense, one of which is newcomer Bradley McDougald stepping in for the Jets’ former franchise safety. McDougald is new to the system and the Jets carry only three safeties on their roster. At linebacker, Mosley’s unexpected exit for 2020 has forced players like Blake Cashman and Tarell Bashem into more snaps.

In Buffalo’s 11 personnel, which was utilized the majority of the time in 2019, it forces the Jets into nickel with a cornerback trio of Pierre Desir, Bless Austin, and Brian Poole. If the Bills go 12 or 21 personnel, it forces Cashman and/or Bashem on the field with the Bills subbing tight end Tyler Kroft or FB/TE Reggie Gilliam out for who is likely Cole Beasley.

Either way, the personnel groupings favor the Bills and the inexperience and talent deficiency in both nickel and base hurts the Jets’ ability to defend the middle of the field against athletic players. RPOs out of 11 personnel to either Beasley or Knox and option routes out of the backfield for Reggie Gilliam from 21 both have a chance to find success against New York. In addition, Josh Allen’s pass splits with play action were markedly better than without it in 2019 and play action from under center that allows Knox, Brown and Diggs to get intermediate mesh concepts behind the linebackers that are particular effective against single high safety looks.

Test the communication of the new offensive line

The Jets have a lot of new faces on an offensive line that was not overly effective at protecting hopeful franchise quarterback Sam Darnold in 2019. How much BETTER the line is remains to be seen, but it’s certainly different.

It has been communicated many times over how valuable communication is to an offensive line and that it may take time for a unit to “gel” together. With so many new pieces up front for New York and an odd offseason, the Bills would be wise to test that communication right out of the gate with plenty of games up front on the defensive line. Versatile pieces like Quinton Jefferson and Ed Oliver can join with a newly healthy Jerry Hughes and veteran stalwart Mario Addison to test the Jets’ offensive line. Taking advantage of WHEN you play a team matters in the NFL and jumping on the lack of cohesiveness up front for New York is more valuable Week 1 than it ever will be.

If the Bills have to blitz to get the pressure necessary, so be it. Sam Darnold’s splits versus the blitz compared to non-blitz plays and “under pressure” metrics vs those from a clean pocket show a much more significant drop in efficiency than is average across the NFL.

…and that’s the way the cookie crumbles. I’m Bruce Nolan with Buffalo Rumblings. You can catch my podcast “The Bruce Exclusive” on Thursdays and Fridays year round on the Buffalo Rumblings Podcast Network!