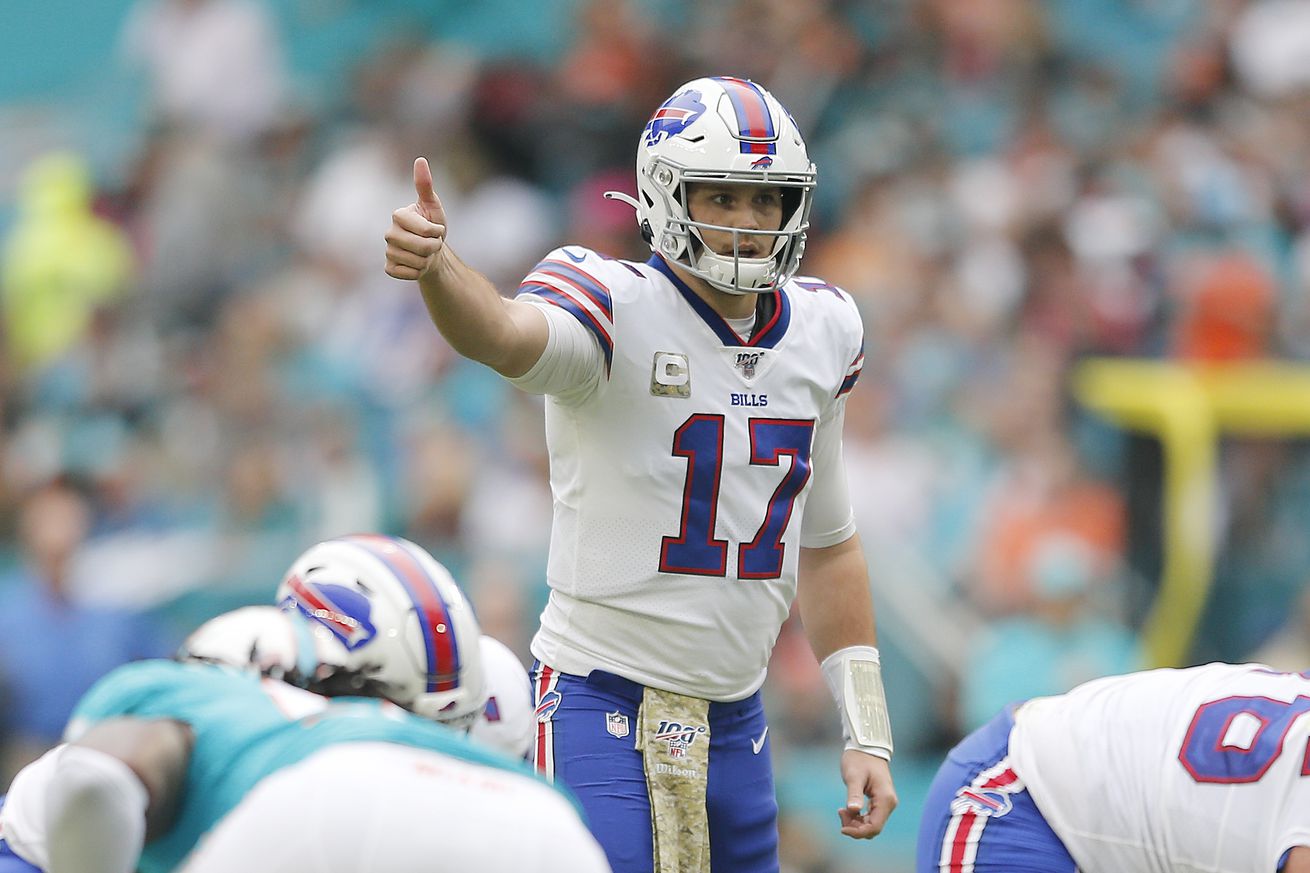 Every week, I write an opinion column on a few general game-planning tactics I like for the Buffalo Bills to use against their upcoming opponent—ones I think have a chance to be successful based on personnel usage and scheme along with the strengths and weaknesses of each team. These may take many forms, though I typically try to come up with at least one tactic on offense and one on defense.

Week 2 takes the Buffalo Bills to scorching hot Miami. How can the team keep their cool and emerge victorious? I have some thoughts…

Buffalo isn’t the only AFC East team with a 2019 first-round pick at defensive tackle. Christian Wilkins showed up in a big way against the New England Patriots Week 1, while Cody Ford showed positive flashes against the New York Jets coupled with less-than-desirable reps. If the level of play holds steady for both parties in Week 2, Wilkins could hurt the offense’s effectiveness. Keep a back in for pass protection rather than going empty could be valuable this time around as Wilkins has shown the ability to ruin a play even against a very good interior offensive line for the Patriots.

Ryan Fitzpatrick has been feast or famine against the blitz essentially his entire career. It wasn’t any different when he was with the Bills. We know, however, that Fitzpatrick in a Chan Gailey offense hits his back foot and gets the ball out a large percentage of the time. Fitzpatrick’s time to throw in Week 1 was 2.57 seconds. For reference, ESPN’s “pass rush win rate” metric considers a “win” when a defensive player is able to beat his block in less than 2.5 seconds. Even in the event of a win, Fitz is hard to sack. The best way to allow the pressure to get there is to inspire him to hold the ball by being physical with his receivers and playing more in coverage to force a decision to his second and third targets.

Play it cool up front

Even though Miami’s offensive line has new starters just like the Jets did last week, the offensive scheme they run changes how you attack it. While I suggested games and blitzes to test the communication of the new linemen last week, I’m suggesting the opposite this week. Chan Gailey’s offense is predicated on horizontal spread and power running. Games and stunts up front can artificially open up running lanes and leave room for middle screens, which Gailey has been known to implement. The investment and retention of compression rushers like Trent Murphy and Mario Addison should prove helpful in this regard.

Mesh and other man beaters, including the QB run

Miami has the horses at cornerback (Byron Jones, Xavien Howard and Noah Igbinoghene) to match up against the Bills’ trio of wide receivers and Eric Rowe at safety to match against tight end Dawson Knox. Expect a heavy dose of man coverage and be prepared. Although you may not want to hear it, the QB run helps greatly to force defenses into more zone looks, where Josh Allen has historically been more effective. In addition, the Dolphins struggled to contain heavier formations coupled with QB power or zone read against New England.

…and that’s the way the cookie crumbles. I’m Bruce Nolan with Buffalo Rumblings. You can catch my podcast “The Bruce Exclusive” on Thursdays and Fridays year round on the Buffalo Rumblings Podcast Network!