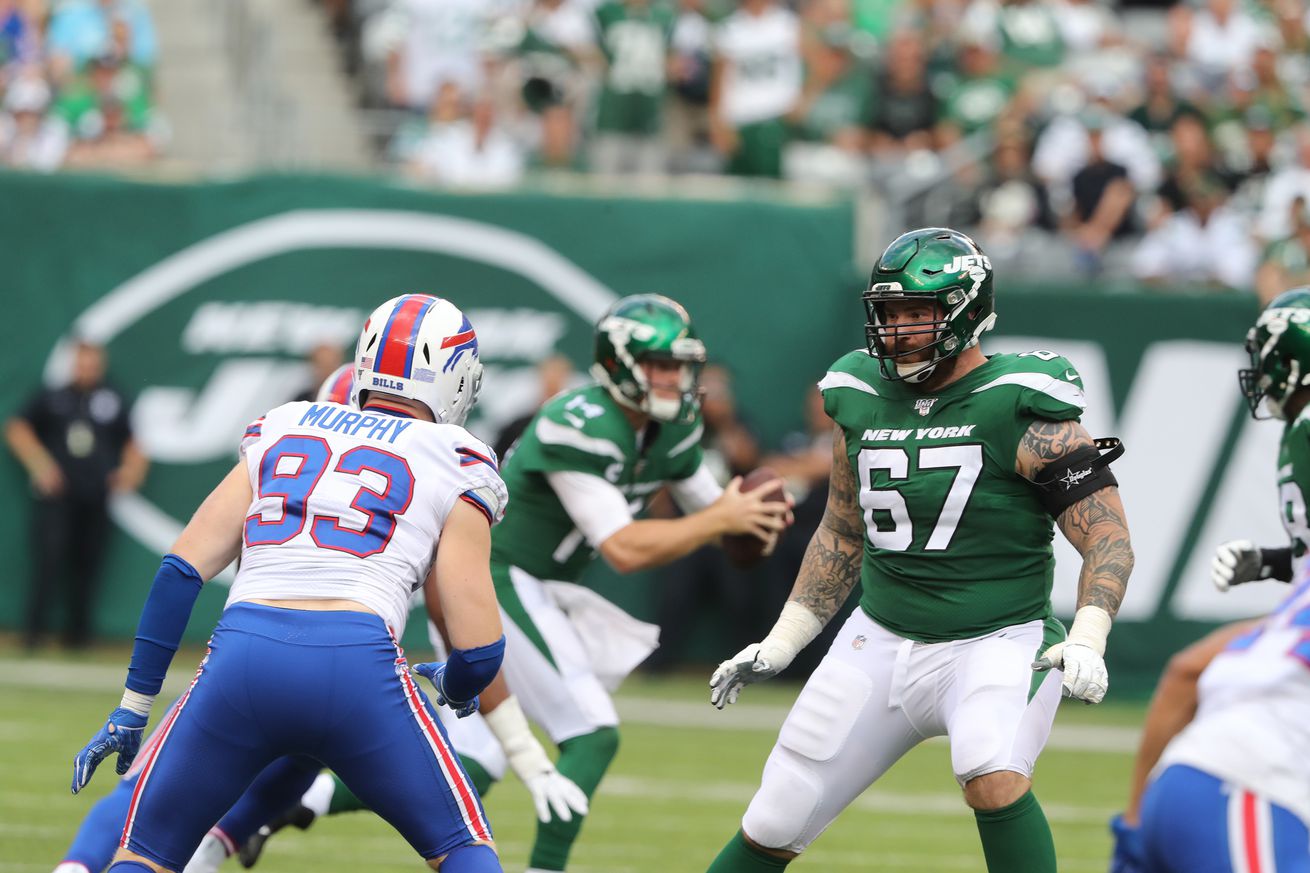 We have news of the deal.

The Buffalo Bills have officially inked free agent guard Brian Winters. Ian Rapoport o NFL Network is saying it’s a one-year, $3 million with $2 million guaranteed. The corresponding move was to release OG Spencer Long earlier in the week. The move saved $2.4 million, so the move is negligible on the Bills’ salary cap.

Winters should slot in at right guard in place of Jon Feliciano, who is out three months with a torn pectoral muscle. Also in the competition will be Daryl Williams, who can also play right tackle.

Winters was released by the New York Jets last week in a salary cap move. He started nine games for New York last year playing through injuries and 79 games in his seven years since being selected in the third round of the 2013 NFL Draft.

The move took almost a week to be completed since Winters had to pass two COVID-19 tests in Western New York before he could take his physical.