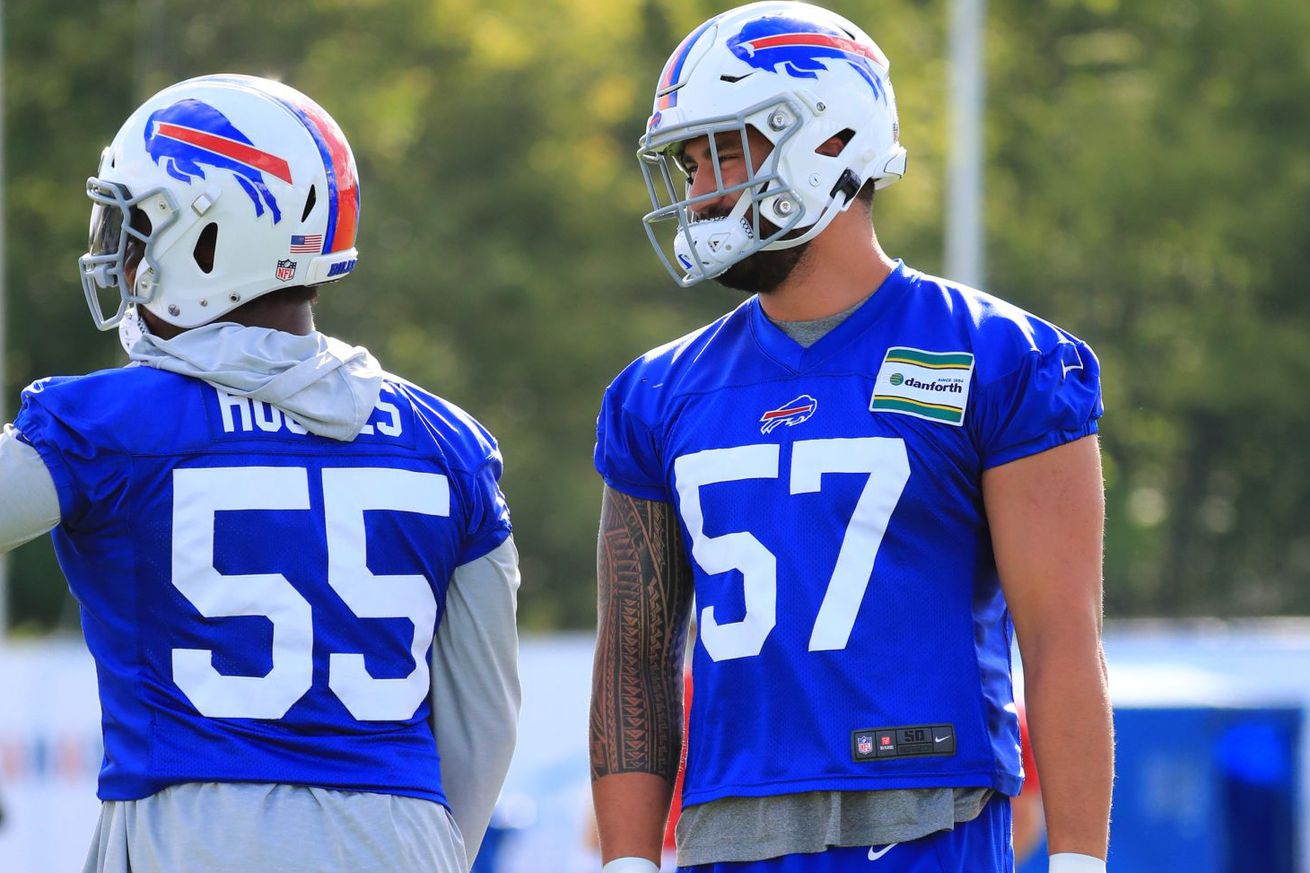 Thursday was the fourth day of training camp for the Buffalo Bills, this time taking place inside the stadium, and according to the reporters involved it was perhaps the first day that rookie defensive end A.J. Epenesa truly stood out. On one particular drill, he performed a quick stunt inside and, using his heavy hands, jacked Brian Winters enough to get him onto the ground. It’s that exact play that must have the defensive coaches salivating.

Earlier this week, Epenesa spoke with the media and said the Bills are working him at all four positions on the defensive line.

As a pre-draft prospect, the Iowa junior was noted as having the flexibility to play almost anywhere along the defensive line, even though he only played at defensive end for the Hawkeyes. Epenesa has the speed that guards and centers aren’t used to and, at 6’6” and 280 lbs, it means he has strength to completely bull rush them as well. Some draft analysts even thought his best position would be as a five-technique defensive end because of that perceived versatility.

Having the rookie able to take meaningful snaps all across the defensive line suddenly opens up several options for the coaches, as Quinton Jefferson offers that same ability. So, imagine a third-down play with the team only having to rush four: Jefferson and Epenesa pass rushing from the inside, with Jerry Hughes and Mario Addison as the outside rushers. A Buffalo variant of the famous New York Giants NASCAR package that allows the team to get to the passer without sacrificing bodies in coverage.