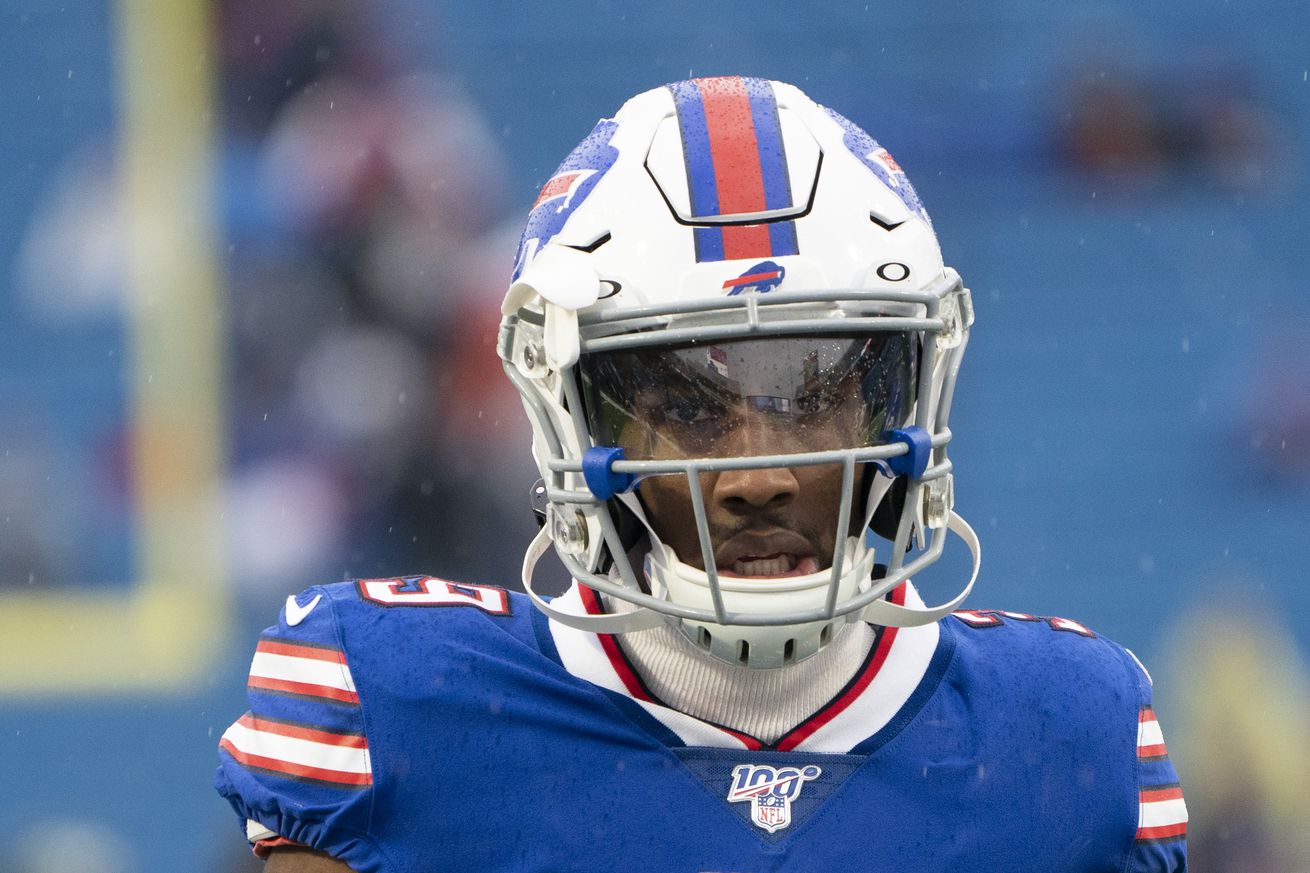 Which players will earn starting spots? Who will be released?

With padded practices set to start at training camp today, the Buffalo Bills will begin practicing in earnest. Over the ramp-up period, players have been acclimating to a new environment. Today, we can expect the kind of reports about player performance that we’ve come to love about training camp.

(For our discussion on the fullbacks, kickers and punters, wide receivers, and defensive ends, click the highlighted positions within these parentheses)

The Skinny: Wallace has started the last 23 regular-season games at right corner for the Bills, missing only last season’s Wild Card Playoff loss due to a sprained ankle. He faces competition from veteran Josh Norman, a former All-Pro when he last played in a defense run by current Bills head coach Sean McDermott. While Dane Jackson and Ike Brown also technically apply here, it’s expected that the job is either Wallace’s or Norman’s to earn this offseason. Wallace is still listed at 179 lbs by the team’s official website, but he said via Zoom recently that he bulked up in the offseason. Norman was burned early and often last season as a member of the Washington Football Team, and he was benched in November while dealing with a lingering hamstring injury. He’ll be hungry to prove that it was the scheme and the injuries that held him back last year and not his age.

The Verdict: I think this one is going to be unclear at times throughout the season. Both Norman and Wallace will almost certainly make the team, unless Norman plays so poorly in practice that the team decides to cut bait early. I’ll go with Norman as the guy who wins the battle, as he may not return to his All-Pro form, but a return to a scheme that suits his strengths should bring out the best in the rabid competitor.

The Skinny: With Sweeney on the active/physically unable to perform (PUP) list, the door is wide open for Croom to show that he belongs on the roster after missing all of the 2019 season thanks to a training camp injury of his own. I’ve long thought that the team needs to move on from Smith, whose limited athleticism bogs down the wide-open offense I imagine the Bills implementing with Stefon Diggs, John Brown, Cole Beasley, and Devin Singletary. However, if Sweeney remains out, the team could choose to stash him on IR, with Smith and Croom remaining as the third and fourth tight ends behind starter Dawson Knox and backup Tyler Kroft. Those two are safe for totally different reasons, as Knox performed well enough as a rookie to earn that starting gig this year, and the Bills reworked Kroft’s contract by essentially guaranteeing his whole salary this year in exchange for ripping up the third year of his free-agent deal. He’s not going anywhere.

The Skinny: The Bills currently have eight linebackers on the roster. They’ll probably keep six. Four are safe—Tremaine Edmunds, Matt Milano, A.J. Klein, and Tyler Matakevich—but the other two spots are up for grabs. Thompson was a core special teams member last season, and he made some starts on defense in place of Milano at the end of the 2018 season. Dodson was arrested as a rookie last spring, but the team stuck with him, and he ultimately pleaded guilty to misdemeanor disorderly conduct, a lesser charge than the domestic violence charge for which he was arrested. He was running the third team defense during training camp last season as the middle linebacker. Joseph was the team’s fifth-round draft choice in 2019, but a shoulder injury landed him on injured reserve before the season began. He’s a plus-athlete whose football I.Q. is questionable. Phillips is a stout athlete who is a real hammer in the run game.

The Verdict: This will most likely come down to which players the team thinks can contribute most on special teams, and while Thompson did so over the last two years, I don’t think he sticks around this year. The team clearly likes Dodson, as they stood by him last summer and gave him plenty of responsibility, so I think he’ll make the cut along with Joseph, whose athleticism and draft pedigree gives him a leg up on Phillips.

The Skinny: This is a “battle” that very well may have already worked itself out. Thanks to Spencer Long’s release, Jon Feliciano’s injury, and Brian Winters’s signing, we essentially know that Winters is in line to start at right guard before Feliciano returns. That means the team plans to keep Cody Ford at right tackle. Presumably, they would like for him to do more than share snaps with someone, which is what he did last season with Nsekhe. They split snaps evenly even in the playoffs. Nsekhe and Williams should battle for the right to be the swing tackle on game days, but both can also play guard. Boehm is a guard who can play center (or a center who can play guard, depending on your outlook—he started at center in college but has also started at right guard in the pros) while Bates is a jack-of-all-trades, master-of-none player.

The Verdict: There’s a good chance that three out of four of these guys makes the roster to start the season, as the Bills will already have Ford, Winters, Mitch Morse, Quinton Spain, and Dion Dawkins at the ready. Heck, all four might make the roster to start, with one player (likely Bates) slated for release when Feliciano is ready to return from injured reserve. The team could even throw a curveball in there and keep someone like Ike Boettger over Bates or Boehm. I expect that all four of the players above will make the initial roster, with Bates both the inactive lineman on game days and the odd man out upon Feliciano’s return.