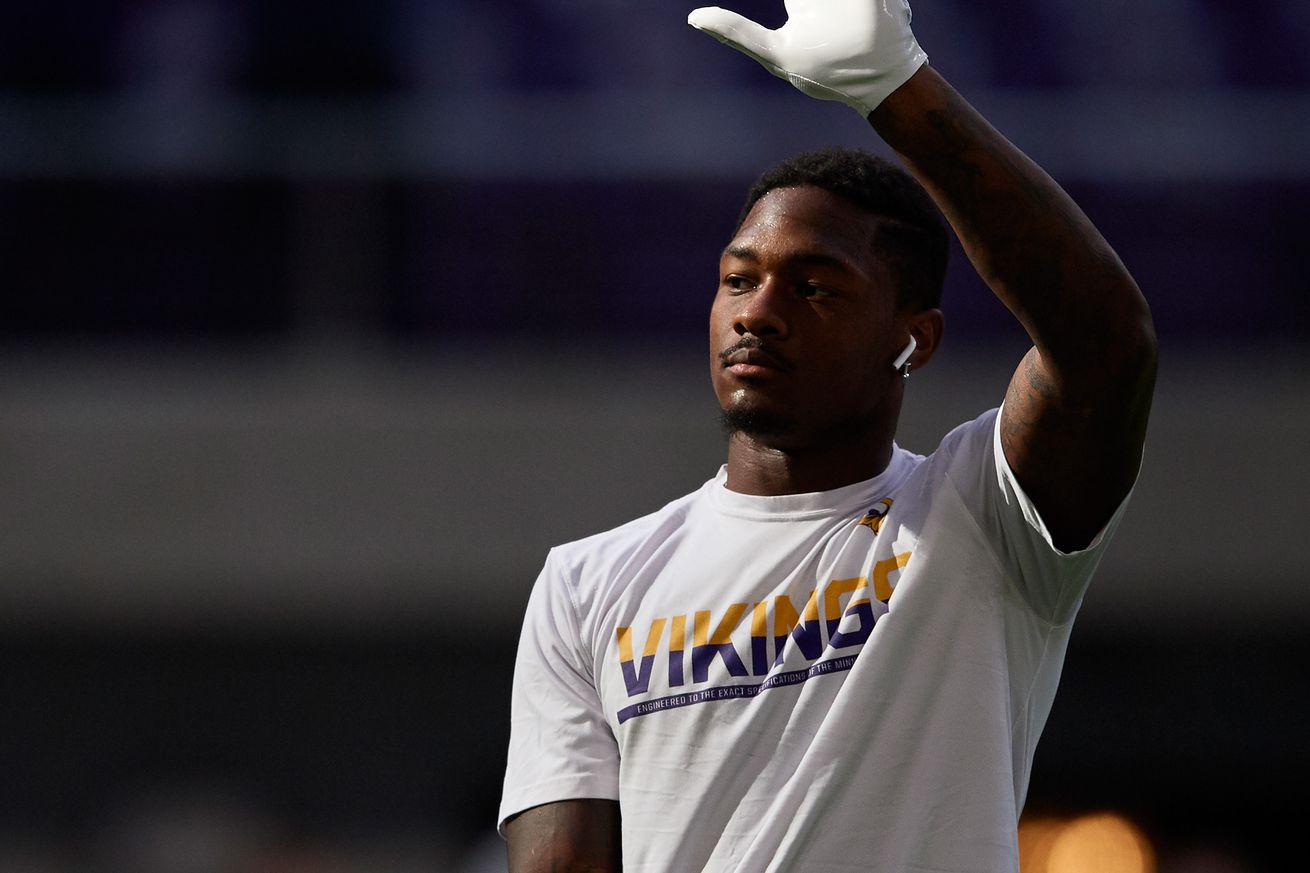 The Bills head into training camp with a new top dog.

The Buffalo Bills overhauled their wide receiver group last offseason, investing $58 million in two free agents intended to help second-year quarterback Josh Allen’s progress. While that progress was apparent thanks in large part to the two free-agent acquisitions, the state of the positional group still needed an upgrade.

After performing their due diligence on the members of the 2020 NFL Draft, the Bills traded their first-round pick to acquire Stefon Diggs, a legit number-one receiver they didn’t think they could find in the draft. Then they added two depth options in the draft to finish the overhaul. They may have no one from the 2018 wide receiver group left on opening day of 2020.

To say that “Smoke” had a good season in his first year with the Bills would be an understatement. Brown, who spurned Buffalo in 2018 to sign with the Baltimore Ravens, reconsidered after a downturn in his role in the second half of that season, signing a three-year, $27 million contract with Buffalo last March. For their investment, the Bills were the beneficiary of the best season of Brown’s career. Brown set career high in targets, receptions, and receiving yards this year, and he missed his career-best in receiving touchdowns by only one score. While we could debate whether he is a “true” number-one receiver in today’s NFL, he was the clear number one in Buffalo. Adding another target to start on the outside should only add to Brown’s overall effectiveness, as defenses would be less inclined to roll coverages his way with a more-talented threat lurking on the other side of the field. He may see fewer targets, though.

The man signed to be Allen’s security blanket-slash-man-coverage beater did exactly that this year. Beasley was targeted a career-high 106 times, and he also set a career high in touchdowns with six. Somehow, I felt at times as if the Bills could have used him even more than they did, though, as it often felt like Beasley was targeted in clusters rather than serving as a consistent point of focus in the game plan. Granted, he’s a better against man coverage than zone, but it’s not as if he’s incapable of thriving against both styles of coverage. He saw at least seven targets in seven of Buffalo’s 17 games. For an offense that threw the ball an average of 33 times per game (including the playoff game against the Houston Texans), that’s a sizable target share.

Diggs immediately gives the Bills the number-one receiver they’ve been without for some time. He has the ability to stretch defenses and the contested-catch prowess to make opposing secondaries pay. With the three-headed monster of Brown, Beasley, and Diggs, the Bills have left no excuses for Josh Allen entering Year 3 of his young career. We expect Diggs to top 1000 yards and score at least as many TDs as he did a year ago in Minnesota.

Roberts made the Pro Bowl for the second consecutive season, albeit this year as an alternate, thanks to his prowess as a return man. Roberts was fourth in the league in total kick-return yards this year and eighth in total punt-return yards; by average yards per return, he ranked 16th in average per kickoff return and 23rd in average per punt return. Those rankings include players with far fewer returns, and they don’t necessarily indicate how close Roberts was to breaking one to the house on numerous occasions throughout the year. In a league that continues to de-emphasize the return game, it’s worth arguing whether a return specialist is worth $2 million, but when factoring in his ability as a blocker and the fact that he is among the best returners in the league overall, it’s a small price to pay for a solid veteran. Expect Roberts to remain with the team in his current role, but don’t be surprised if he’s a training camp cut.

Davis was the first member of the great WR class that Buffalo selected in 2020. He’s a project, but could be a long-term member of the team as he transitions to the NFL route tree. He is a big and strong player that can high-point the ball, so he could force a guy like Duke Williams or Robert Foster off the roster. He may not be active on Sundays this fall, but we expect him to be on the roster.

The second receiver added in the 2020 NFL Draft, Hodgins also has a very good chance to push someone off the roster from a year ago. He’s going to have to earn it, but he has an inside track to a roster spot. Hodgins has a big frame, as well, and will likely be in direct competition with Robert Foster and Duke Williams.

Last year’s fan-favorite at wideout was the big-bodied Williams, whom the Bills signed out of the CFL last January to compete for a spot on the 53-man roster. After initially failing to make the squad, Williams was called up from the practice squad on October 5, and the very next day he caught all four of his targets for 29 yards and the game-winning touchdown against the Tennessee Titans. Williams was often a healthy scratch, appearing in just four regular-season games for the Bills, but he was targeted a team-high 22 times in the Bills’ last two games against the New York Jets and the Houston Texans, respectively. He only managed to catch ten of those 22 targets, totaling 157 yards in the process. Williams clearly has the trust of his quarterbacks, as he saw more targets than John Brown (8) and Cole Beasley (5) in the Wild Card game, but he had some trouble with consistency in terms of actually catching the ball. He’ll be a fringe roster guy again this year.

McKenzie was productive given his role as Buffalo’s Swiss-Army knife/gadget player, coming in motion on jet-sweep action plays for most of his 451 offensive snaps. His totals in yardage and receptions were career highs, and at just 24 years old, he has shown the potential to be a dynamic player when used properly in a creative offense. If he can’t beat out Roberts for the returners role, his offensive snaps won’t be enough to keep him on a team with Diggs.

Last year’s practice-squad wonder turned fan-favorite fell hard from grace in 2019, as Foster just could not recapture the chemistry he showed with Allen as a rookie. After catching 27 of 44 targets for 541 yards and three touchdowns in his rookie season, Foster’s playing time and target share plummeted, as did his production. Now he’s a camp body and an insurance policy in case of injury; however, it’s more likely at this point that he doesn’t make the roster next year than it is that he sticks with the team.

McCloud began the regular season with the Panthers after he failed to make the Bills’ roster out of the preseason, only to find himself back with Buffalo as a member of the practice squad after Carolina released him on October 15. At just 23 years old, McCloud has a lot of the same characteristics athletically as McKenzie—he’s electric in space, he can be used as a gadget type, and he has some return experience. Also like McKenzie, he’s had issues with fumbles when returning kicks. McCloud is a good player to have on the practice squad, and he’ll be able to compete for a spot in camp once again. However, it’s likely that the result this year will be the same as it was last season, as Buffalo continues to look for ways to improve its pass catchers.

A bigger version (5’11” and 203 lbs) of the veteran Beasley, Easley had a nice training camp, and he also did the most with his opportunity during the preseason finale against the Minnesota Vikings. In that game, he led the Bills in targets (6), and was second in both receptions (4) and receiving yards (41). While he’ll probably be looking at a practice-squad spot again next year, he’s a great insurance policy as a slot receiver in the event that Beasley is injured.

The Bills have given Josh Allen everything he needs at the wide receiver position to be successful. Diggs gives them a legitimate number one threat but Brown and Beasley give them other options to keep the defense honest. Gabriel Davis is probably a roster lock as a fourth round pick.

Beyond that, it’s going to be a killer competition for roster spots. Folks seem to think Andre Roberts is safe, but I don’t think he’s a roster lock. McKenzie, Hodgins, Williams, and Foster all have legitimate roster shots but all could be cut, too. It will be fascinating how everything evolves over the course of camp and is the position group we’ll be watching the closest.