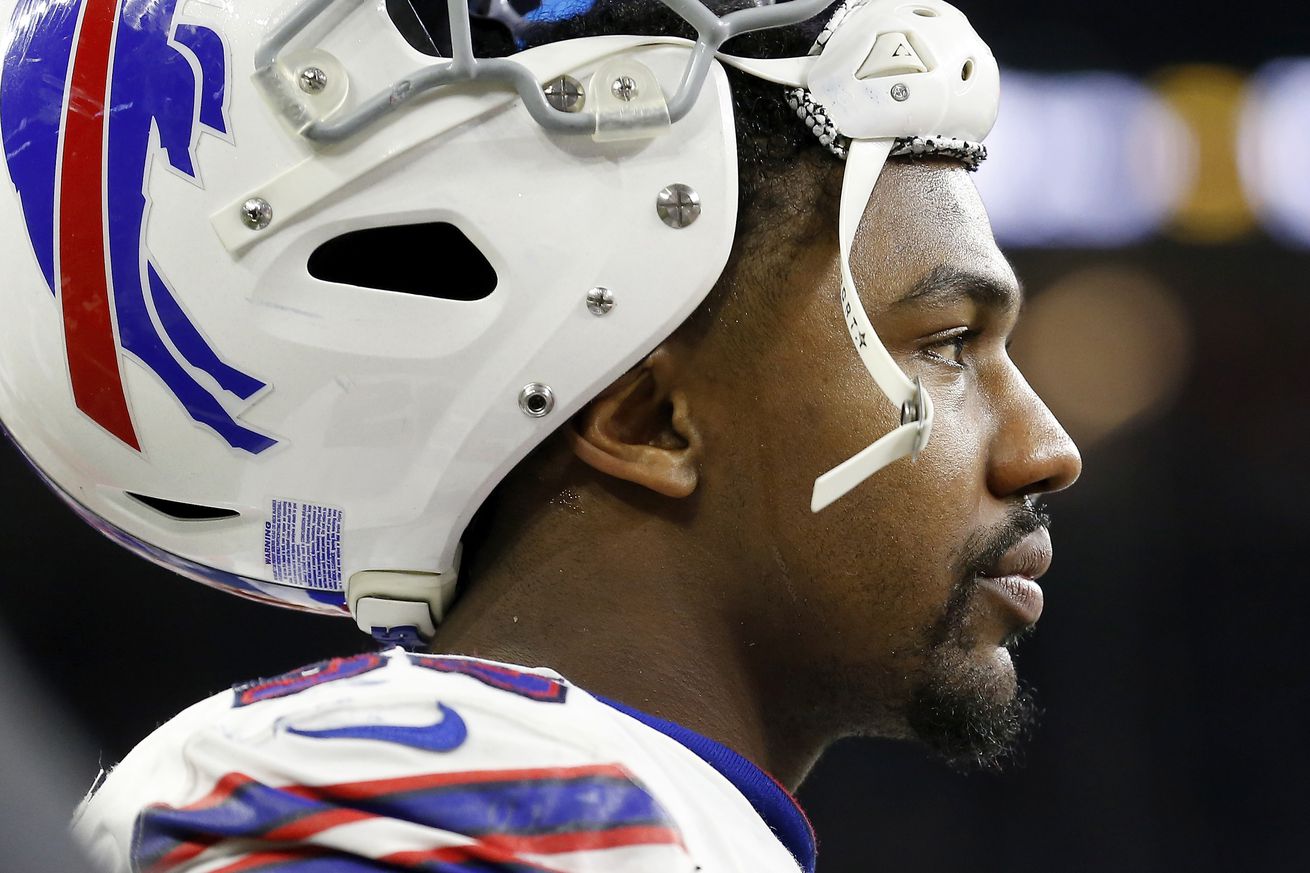 The Bills added some bodies this offseason that could make an immediate impact.

The Buffalo Bills had 44 sacks as a team in 2019, good for 12th in the league. With most clubs, that means the defensive ends had a great year; however, with Buffalo, that doesn’t appear to be the case statistically. Their leader in sacks, Jordan Phillips, was a defensive tackle. Not one player on Buffalo’s defense reached ten sacks, as the whole was greater than the sum of its parts for Sean McDermott and Leslie Frazier’s defense.

The Bills needed youth and improvement at defensive end, and it seems like they were able to achieve that, but was it enough to help the pass rush? In our latest training camp preview, we take a look at the defensive end position.

The veteran on the line played through a wrist injury, and he didn’t miss a game for the eighth consecutive year. Statistically, this was Hughes’s worst year in Buffalo, as he continued a trend of low sack totals ever since signing his massive contract extension following the 2014 season. However, he was constantly dealing with double teams, and the success of the defense as a whole in harassing opposing quarterbacks can be partly attributed to the attention Hughes commands. After signing a two-year extension prior to last season, Hughes is all but guaranteed to be in Buffalo for 2020. If he doesn’t make a greater impact, however, this season may be his last in Buffalo.

For most of the 2019 season, Trent Murphy was seen as the guy who took snaps away from Shaq Lawson, a more dynamic player. Really, through 15 games, Murphy’s year looked as pedestrian as could be—33 tackles, seven tackles for loss, and three sacks isn’t a great line for the defensive end who played more snaps than anyone else at the position. Then, in Buffalo’s regular-season finale and their Wild Card Playoff loss, Murphy played like his hair was on fire. He had two sacks in each game, totaling nine tackles, three tackles for loss, and four quarterback hits, as well. Whether that was a sign of good things to come or one last thing to remember him fondly by, Murphy certainly ended his 2019 season with a bang. At a nearly $10 million salary-cap hit, the Bills will probably think long and hard about whether Murphy fits in the team’s plans for next year.

Addison was the big-money signing at the position to replace the departed Shaq Lawson. He’ll likely get first crack at the starting position opposite Hughes, or at least be in a legitimate rotation with Trent Murphy at the start of camp. He has experience with both Sean McDermott and new DL coach Eric Washington, so he won’t be as behind as others from the outside might potentially be.

The young blood at the position isn’t necessarily a pass rusher as much as an all-around defensive end. He’s a great fit for the left side on Buffalo’s 4-3 defense and could even kick into defensive tackle on passing downs to improve the pass rush from the inside. That versatility is going to come in handy trying to replace Lorenzo Alexander. If he plays well enough in August, the team could look to move on from Trent Murphy, but that conversation is a bit down the line at this point.

Just like Epenesa, Jefferson brings versatility to the team. He’s probably going to be close to 50-50 at DT and DE based on some comments from general manager Brandon Beane. Seahawks fans were bummed that Jefferson got away during free agency this year, which is usually a good sign for the team that picked him up. He won’t be directly competiting with Trent Murphy, but if Jefferson and Epenesa show enough in August, it could make him expendable.

Johnson is a freakish athlete, and he showed it by playing as one of the scariest kick-coverage guys I’ve ever seen. At 6’6” and 253 lbs, I was consistently amazed watching him fly down the field on kickoffs. He actually played more snaps on special teams than anyone other than Siran Neal this year for Buffalo. Defensively, he has a long way to go if he wants to be a productive defensive end, as he often found himself out-worked on pass-rush reps and out-flanked in run-game reps. After averaging 20 defensive snaps per game through Week 8, Johnson only played on 24 defensive snaps combined over the next eight games. He’ll have a good chance at making the roster again next year thanks to his special-teams prowess, but he’ll need to make big strides in order to earn a larger role on defense.

The former USF standout had a solid preseason, notching six tackles in three games and showing a knack for disruptive plays even if he didn’t make any sacks. An injured pectoral muscle caused Love to have surgery in September, and the Bills placed him on injured reserve immediately thereafter. He’ll need to have another strong camp, and perhaps an even better preseason, to make the team next year.

Woodard was placed on injured reserve by the Miami Dolphins last August thanks to an undisclosed injury. He was waived off injured reserve on Christmas Eve, and the Bills signed him to a reserve/future deal in January. At 6’5” and 271 lbs, Woodard is a larger edge than those the Bills currently employ. He appeared in ten games for the Dolphins in 2018, making ten tackles and a sack.

Despite his name invoking negative memories for Bills fans of a certain age, Cox is exactly the type of player you want to bring in for the veteran minimum. He’s a guy that can compete for the back end of the roster but is more likely to end up on the practice squad or the call back list in case of injury. He has experience with Bills’ new defensive line coach Eric Washington, so they at least know what they’re getting in the addition.

With Hughes aging and Murphy ineffective, the Bills needed to get better and younger. While some of us hoped they would do both with one player, the Bills went out and threw numbers at the problem using their top draft choice and signing two bigger-money free agents plus a depth option.

The biggest question likely comes down to what to do with Murphy? In a season where the Bills are likely “all in” on a playoff run, keeping around a dependable player like Murphy could be valuable in a league where injuries happen and COVID-19 could remove a player from action. At the same time, they could bank $8 million in salary cap space for impending contracts by releasing him.

Can Epenesa show enough in one month of a coronavirus-shortened offseason to make the Bills comfortable releasing or trading Murphy? How much will Jefferson play at DE or DT? How much of a step has Hughes lost? They have numbers here, but questions remain.