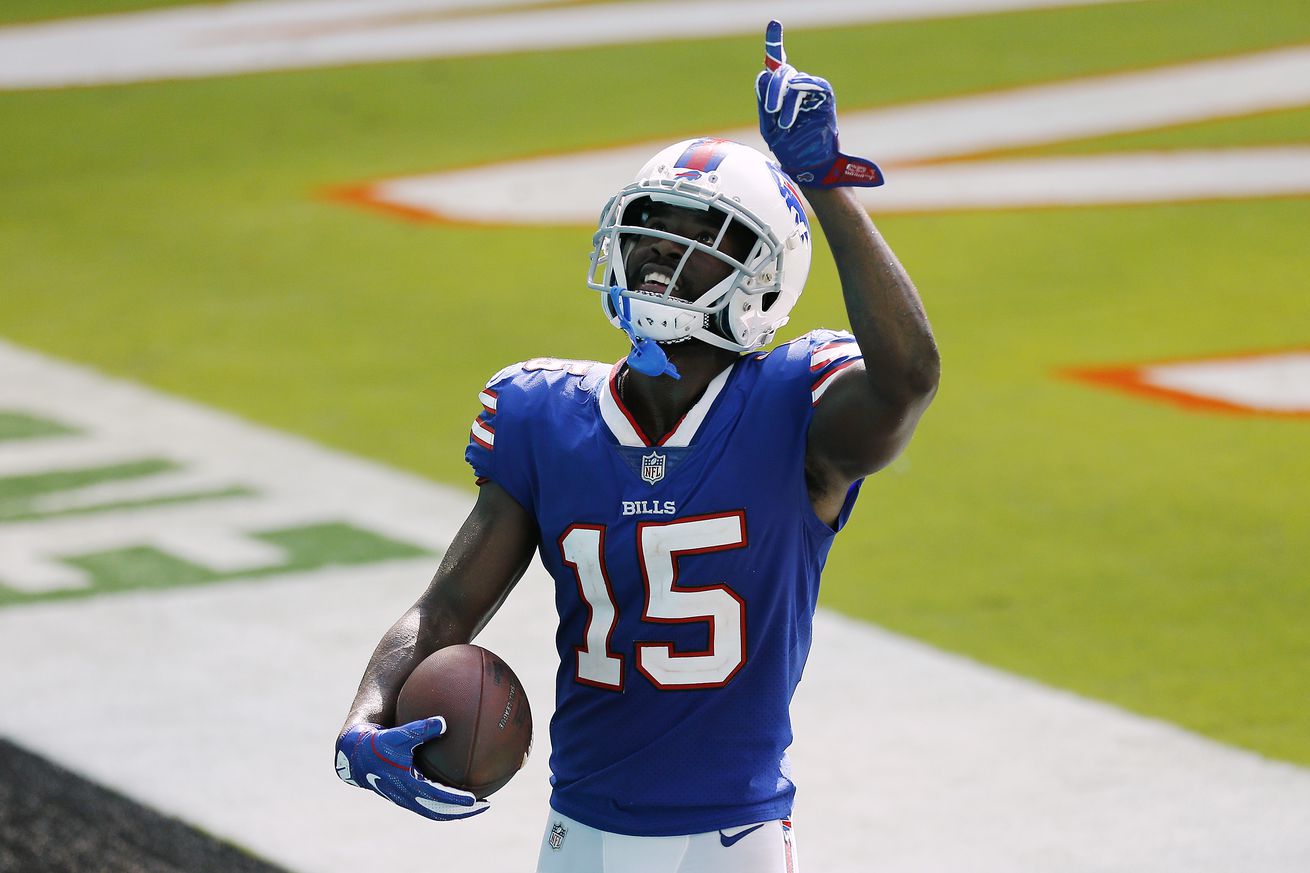 John Brown has been battling through leg injuries for several weeks now. Against the Arizona Cardinals, he left the game with another. The bye week can’t come soon enough for the veteran wide receiver.

On 3rd-and-23 late in the game, Brown snatched the ball out of the air for 24 but came down awkwardly on the knee. On the play, the Bills were flagged for holding on guard Brian Winters and it didn’t count. Still, Brown was injured.

Rookie receiver Gabriel Davis will be the first player to step in to replace Brown and would be in line for the snaps if Brown is sidelined for any length of time.

Luckily, the Bills are on a bye week in Week 11, and hopefully Brown can put the nagging injuries behind him. He’s dealt with calf and knee injuries for a while now but Buffalo needs him healthy for the stretch run.