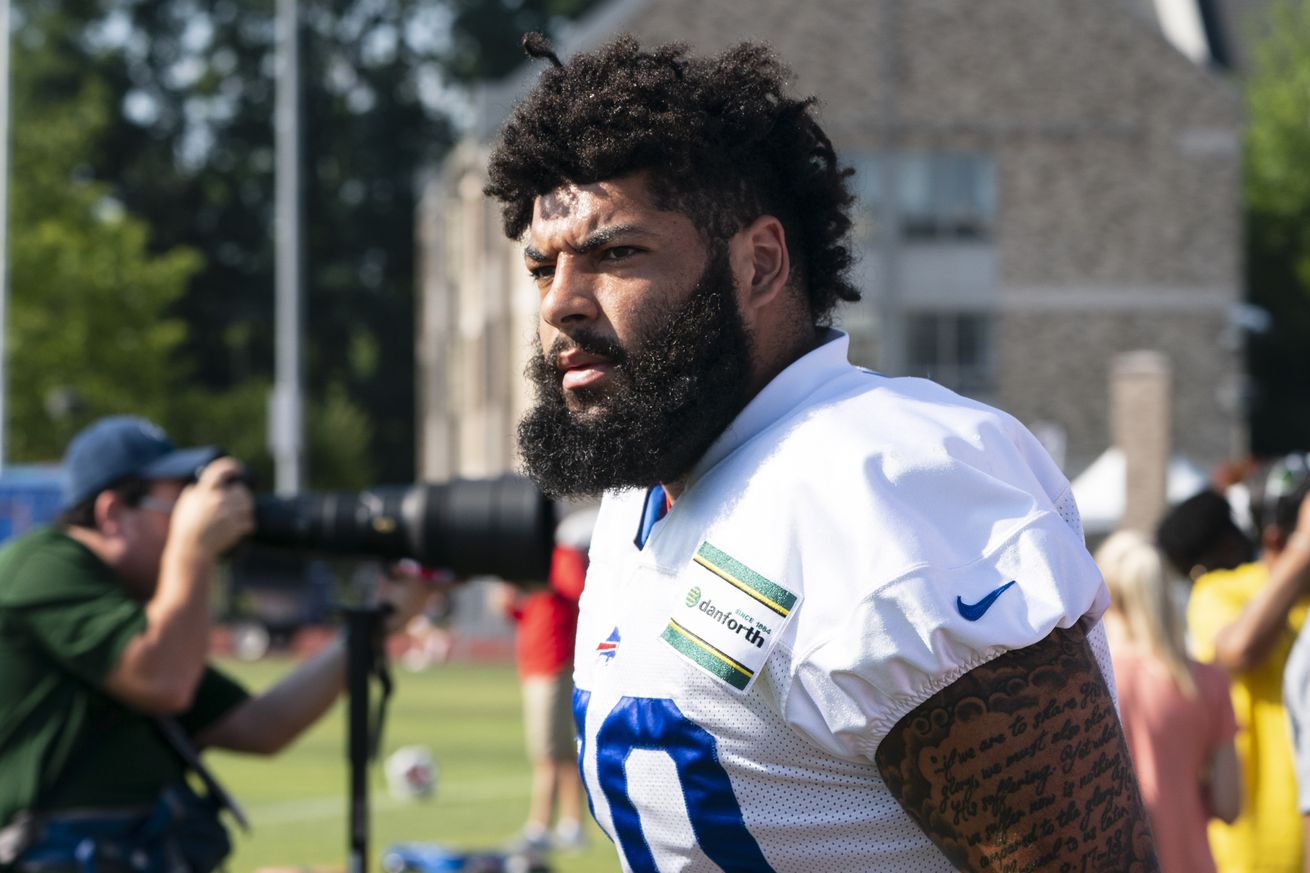 In an anything-but-normal offseason, who has the most to prove?

Although the Buffalo Bills are likely to make a few more changes here and there, the team’s 2020 roster is essentially set and we’re now beginning to see where the in-depth competitions for spots will happen. More so than any other year, thanks to the COVID-19 situation, it appear that training camp will be the primary place to measures players’ performance and their value to the team.

Which Buffalo Bills have the most to lose during this hopefully soon critical time? ickBat and Grif have their lists and explain why. Don’t be shy about adding your own below.

NickBat: Ford’s rookie year was up and down and left Bills fans questioning where his best output would come; guard or tackle? The Bills did not select an obvious replacement or challenger that would kick Cody Ford inside and they did re-sign Quinton Spain who started every snap at guard in 2019. While not impossible to still move Ford inside it does seem as though the Bills are ready to commit 2020 to him as the team’s RT.

The caveat to Ford’s continuing stranglehold on the right tackle position are two facts: First that 2020 is not a typical offseason where young player development has the same level of value as experience. Second is that Darryl Williams is a Buffalo Bill. Although Williams has had two seasons that were not up to snuff, he has also been an All-Pro and is with a team that has a history with him, which may allow him to be in the best possible position to succeed. If Ford fails to show the necessary progress, he may lose what he currently seems to have a firm grasp of.

Grif: Ford finds himself in a weird spot in Buffalo. He didn’t play particularly well when it came to pass protection last year, but the coaches still had enough faith in him to have him swap starts with veteran Ty Nsekhe. Now, the team has brought in another potential starter in Daryl Williams. If Ford demonstrates that his play hasn’t improved much since last season, then it’ll be interesting to see if the coaching staff is again patient with the young man, moves him to guard or just takes away a starting spot from him entirely.

NickBat: I have to admit, at this point Trent Murphy is too easy of a target for a list such as this. Murphy’s contract is hefty and most of it can be saved if he is released. The Bills drafted A.J. Epenesa with their first pick (post-Stefon Diggs trade) and also brought in two additional free agents to take snaps at defensive end in Mario Addison and Quinton Jefferson.

Still, Murphy is a reliably hard worker and a “pro’s pro” in the most challenging offseason in recent memory. His familiarity, reliability, and experience make him more valuable than he otherwise would have been if 2020 was not affected by COVID. Still, if he shows to be a true disappointment in camp the Bills have several options to take his place.

Grif: Murphy has been an undeniable disappointment since signing with the team. He ended 2019 with only 36 tackles and five sacks—although those stats represent an improvement from the previous year. He may have already lost his starting position with the team bringing in free agent Mario Addison. Then with highly-drafted rookie A.J. Epenesa waiting in the wings as well, it’s not hard to envision the team choosing to go with the youth movement and rolling with the rookie and second-year player Darryl Johnson as the primary backups.

On top of that, Murphy carries a $9.8 million cap number and could yield $7.5 million in cap savings if cut. In a potentially tight cap situation in the coming year, those savings could be the difference between keeping a key upcoming free agent and waving goodbye. Murphy will need to prove he’s healthy and ball out to stay on this team past cut downs.

NickBat: Hauschka’s reliability in 2019 waxed and waned. The confidence in the distance of his kicks over 50 yards (or maybe even less) isn’t exactly strong. These factors alone would make Hauschka’s performance in camp and preseason something to watch even against a camp body. Add to the mix that the Bills drafted mega-leg rookie Tyler Bass from Georgia Southern and it all adds up to Hauschka being under the microscope with legitimate competition nipping at his heels.

Grif: The drafting of Tyler Bass in the sixth round should have set off alarm bells in Hauschka’s mind. The veteran has been a solid addition since head coach Sean McDermott’s first year, but some high-profile long-distance misses—not to mention a 76% field goal percentage for the past two years—just isn’t good enough. As such, for the first time in several years, there will be a true kicking competition in training camp and the preseason. If Hauschka can’t put forth an exemplary performance, he could quickly be jettisoned.

NickBat: Isaiah McKenzie plays an important role in the Bills’ offense as the primary (by a large margin) jet-motion weapon. Although the Bills didn’t acquire a player with that exact skillset as their calling card, they did bring in three WRs via trade and the draft in Stefon Diggs, Gabe Davis, and Isaiah Hodgins. With virtual roster locks John Brown and Cole Beasley along with return specialist Andre Roberts all also in the receivers’ room, it starts to look tricky for McKenzie to keep a spot in 2020. His margin for error seems quite small.

Grif: Foster’s star was on the rise following the 2018 season, but then the Bills added a bunch of new faces to the wide receiver group including Cole Beasley, John Brown, Duke Williams and Andre Roberts. Suddenly, Foster was at the bottom of the wide receiver depth chart. Now Buffalo has made the position even more competitive by trading for Stefon Diggs and drafting Gabe Davis and Isaiah Hodgins. This ensures that there will only be a couple spots available for the 26 year old. It’s not an impossible task for Foster, and maybe his best route to survive is to lean in to his special teams contributions.

Grif: Patrick DiMarco’s snap counts have remained steady in offensive coordinator Brian Daboll’s system for the past two years at about 16% of the snaps. He’s just not utilized much in this offense. Where the veteran’s value comes in is ostensibly on special teams, but he only was in on 37% of those snaps last year. Then in the offseason the team went ahead and signed former Toledo fullback Reggie Gilliam as an undrafted free agent. Not only is Gilliam surprisingly athletic, he’s also a special teams phenom, having blocked six kicks over two seasons. DiMarco should be dead-set on proving his special teams value over the course of camp.