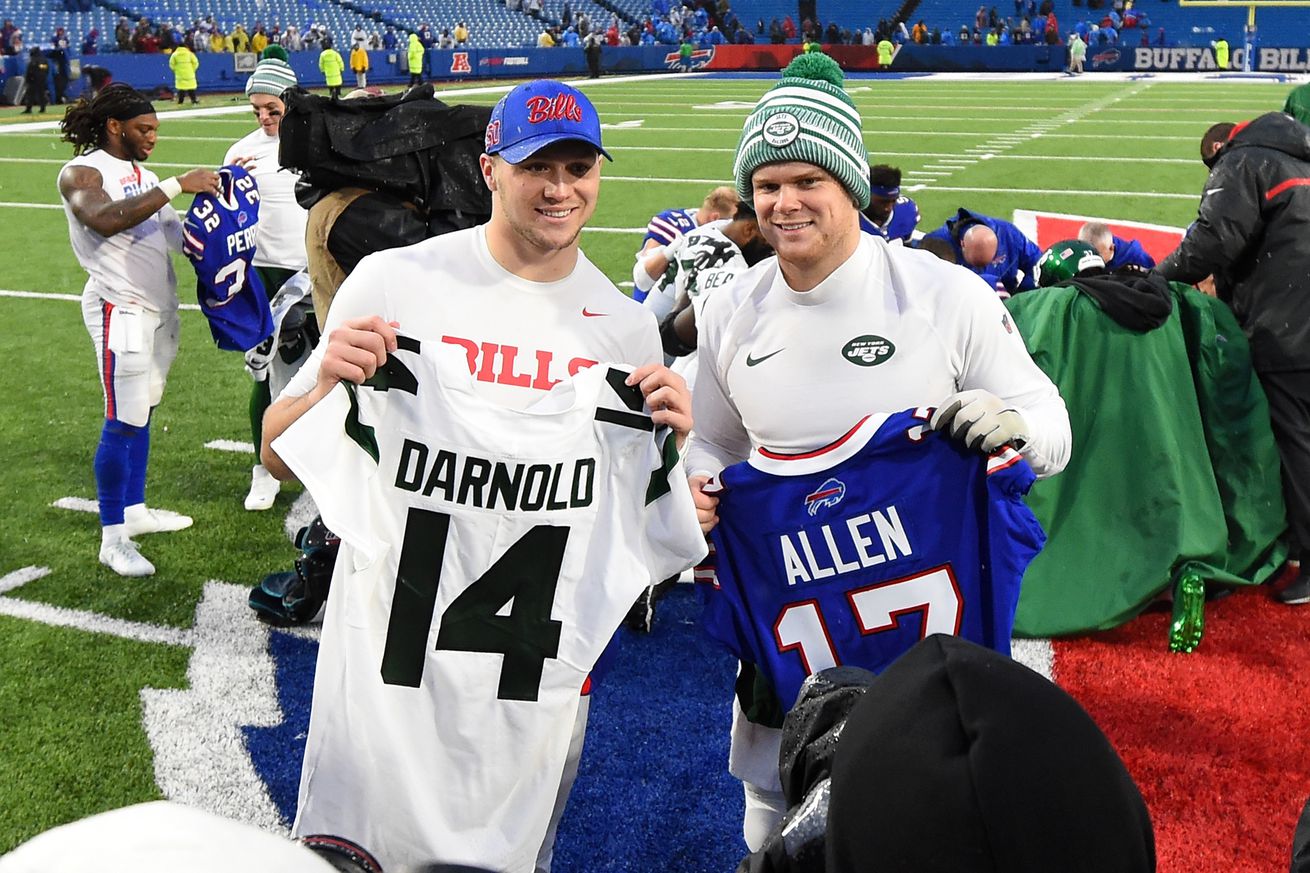 Football is back! Here’s how to watch the Bills in their 2020 opener.

The Buffalo Bills are widely considered to be the favorites to win the AFC East this year, but when the Bills kick off the 2020 season Sunday hosting the New York Jets, the game won’t garner much national television coverage, despite pitting two quarterbacks taken in the top 10 of the 2018 NFL Draft.

As Josh Allen and the Bills welcome Sam Darnold and the Jets to Bills Stadium for the 1 p.m. EDT kickoff, the game will be the featured national CBS broadcast among the early games only for fans living in the Bills’ and Jets’ primary markets.

CBS’ No. 5 broadcasting team of Andrew Catalon and former Bill James Lofton will be on the call for the Bills/Jets clash, which is technically the fourth meeting between Allen and Darnold since they were both drafted.

After splitting their first two match-ups, Darnold guided the Jets to a 13-6 win in the 2019 finale in a game where Allen played only two series as the Bills rested most of their starters with nothing to play for after wrapping up the No. 5 seed in the AFC the week prior.

The areas that can see the 2020 season opener between Buffalo and New York are highlighted in orange (map courtesy of 506sports):

The early CBS audience is split between watching the Miami Dolphins travel to the Tom Brady-less New England Patriots (in red), the Cleveland Browns at the Baltimore Ravens (blue), the Las Vegas Raiders at the Carolina Panthers (yellow), and the Indianapolis Colts at the Jacksonville Jaguars (teal). The late game on the map features the Los Angeles Chargers at the Cincinnati Bengals (green).

This is the 120th meeting all-time between these teams. Buffalo leads the all-time series 63-56, winning the 2019 season opener 17-16 at MetLife Stadium before dropping the 2019 regular season finale.

This is also the third time in four seasons the Bills and Jets will meet to open the season. Besides winning the 2019 opener, Buffalo handed the Jets a 21-12 setback on Sept. 10, 2017.