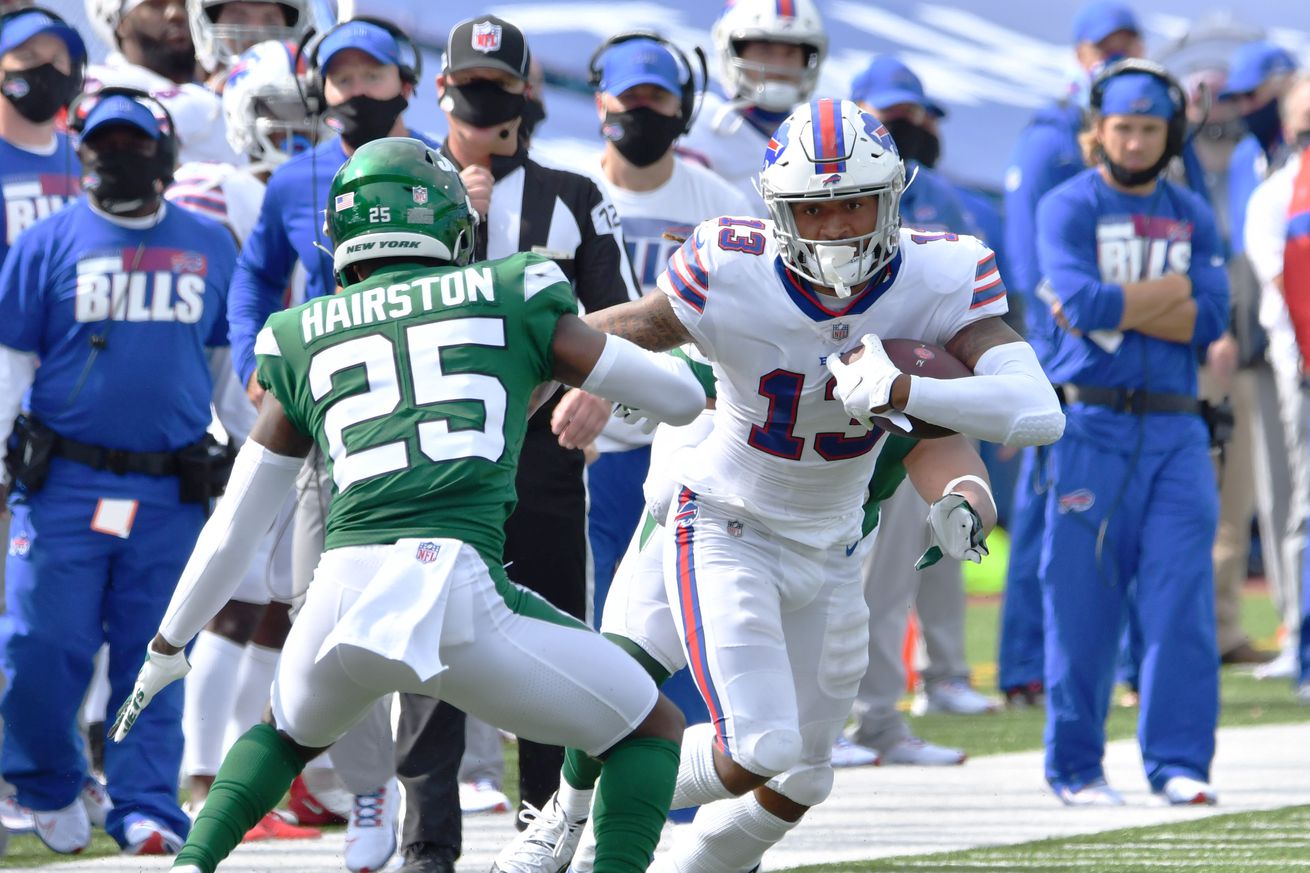 The 2020 rookies make their premier

The Buffalo Bills won their opener against the New York Jets in a game that wasn’t as close as the final score would indicate. Both sides of the ball were dominant, and if it weren’t for some miscues by Josh Allen and Tyler Bass the game would have been a complete blowout. It was an encouraging performance overall however, and that includes some of the key rookies. More about how each rookie performed against New York below.

Epenesa was surprisingly listed as inactive, with the coaches deciding to go with second-year player Darryl Johnson, likely because of his special teams abilities. The move may not be a complete indictment of the rookie’s skills at this point, as the coaching staff may just feel more comfortable with the veterans.

Moss had the same number of rushes as teammate Devin Singletary for the game, but as Buffalo’s game plan clearly called for heavy passing, Moss spent more time in pass protection and being a check-down option. He did demonstrate some good hands, as he reeled in three passes for 16 yards and a touchdown pass. When his number was called in the running game, the blocking up front did him no favors and he only managed 11 total rushing yards.

Josh Allen’s first pass of the 2020 season went to the rookie wideout, who somewhat surprisingly saw a significant amount of snaps on offense—mostly in four-wide receiver sets. Davis caught two balls for 16 yards, lined up as a big slot option. The former fourth rounder did have several rookie mistakes, which were mostly in his blocking assignments. In the first drive, he completely missed a block on cornerback Bless Austin, who tackled Allen for a loss. Overall it was a decent start for Davis and is a performance he can build on. It will be worth tracking if his utilization stays at this level.

Fromm was a healthy scratch for the Jets game, a position he should find himself in for the entire season, if all goes well for the team.

The rookie kicker had a shaky start to his Orchard Park kicking career, with two missed field goals of 34 and 38 yards. To his credit, the 38-yard kick may technically have been good, and he did settle down to make a 22-yard field goal in the fourth quarter. He was also able to boom all of his kickoff to the end zone. Not a strong start for the former sixth rounder, however.

Jackson remains a member of the team’s practice squad and was therefore unable to play against the Jets.

A mainstay on special teams, Gilliam also managed to get in the game late in the first quarter, lined up as a fullback. As it was a designed play-fake by Allen, he did not have to do much more than block the man in front of him.