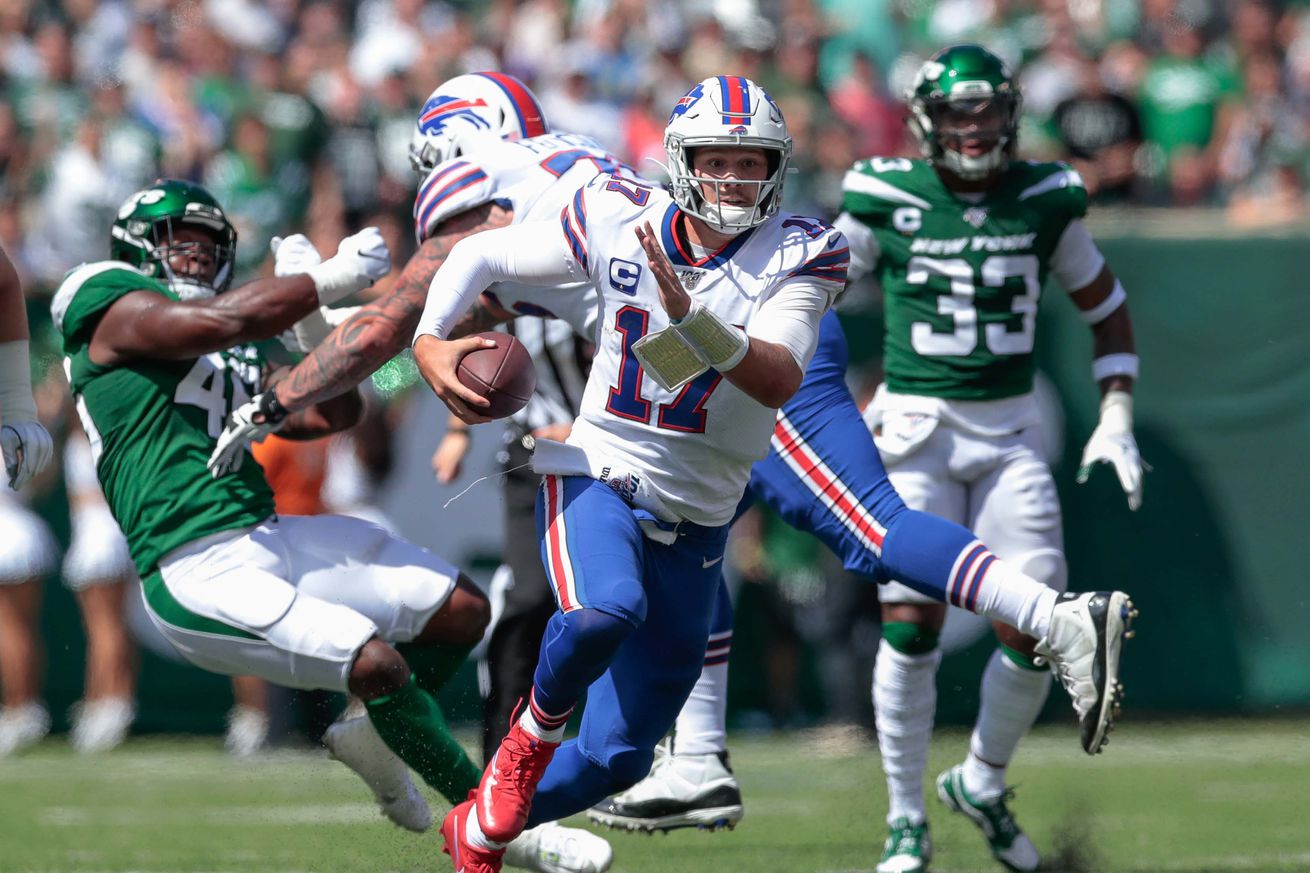 Are you ready for some FOOTBALL?

Are you ready for some FOOTBALL?

With expectations high for the Buffalo Bills entering this most unusual of NFL seasons, the Bills kick off their quest for a third playoff appearance in the last four years at 1 p.m. EDT Sunday at Bills Stadium (formerly New Era Field).

The Bills (10-6, the No. 5 seed in the AFC in 2019) added plenty of talent on both sides of the ball—from wide receiver Stefon Diggs and running back Zack Moss as a boost to the offense to defensive ends Mario Addison and A.J. Epenesa, defensive tackles Vernon Butler and Quinton Jefferson, linebackers A.J. Klein and Tyler Matakevich, and cornerback Josh Norman. Josh Allen made strides during his second season as a starter, and needs to continue his development for the Bills to make a deep run in the playoffs. Top to bottom, general manager Brandon Beane has built a talent-laden roster, and the Bills are a legitimate contender to win the AFC East for the first time since the 1995 season.

Meanwhile, the New York Jets (7-9 in 2019) traded away their best defensive player (All-Pro safety Jamal Adams) and lost linebacker C.J. Moseley (COVID-19 opt-out), while bringing in wide receivers Breshad Perriman and Josh Doctson, offensive lineman George Fant, quarterback Joe Flacco, running back Frank Gore, cornerback Quincy Wilson and more in free agency. This is also the third year for Sam Darnold as the Jets’ starting quarterback, but unlike Allen, the Jets have not succeeded in surrounding Darnold with talented weapons on offense.

Darnold (the No. 3 overall pick in the 2018 NFL Draft) and Allen (No. 7 overall pick) have split their first two career match-ups. Technically, these two have squared off three times, with Darnold guiding the Jets to a 13-6 win in the 2019 finale in a game where Allen played only two series as the Bills rested most of their starters with nothing to play for after wrapping up the No. 5 seed in the AFC the week prior.

Besides having a new name for the stadium, the Bills’ home opener will be missing one noticeable component: fans in the stands. Bills Mafia will have to settle for watching the games at home (no fans are allowed for at least the first two home games).

This is the 120th meeting all-time between these teams. Buffalo leads the all-time series 63-56, their most recent victory coming after rallying from a 16-point second-half deficit to win the 2019 season opener, 17-16 at MetLife Stadium. Allen scrambled for a three-yard touchdown run early in the fourth quarter, then found John Brown for a 38-yard TD to put the Bills ahead by one with three minutes remaining. On the ensuing possession, defensive end Jerry Hughes got pressure on Darnold, forcing an incomplete pass to seal the win.

The Bills later dropped the 2019 regular season finale to the Jets in Western New York.

This is also the third time in four seasons the Bills and Jets will meet to open the season. Besides winning the 2019 opener, Buffalo handed the Jets a 21-12 setback in Week 1 on Sept. 10, 2017.

Buffalo is currently listed as a 6.5-point favorite. Here are all the ways to catch Sunday’s game from home: