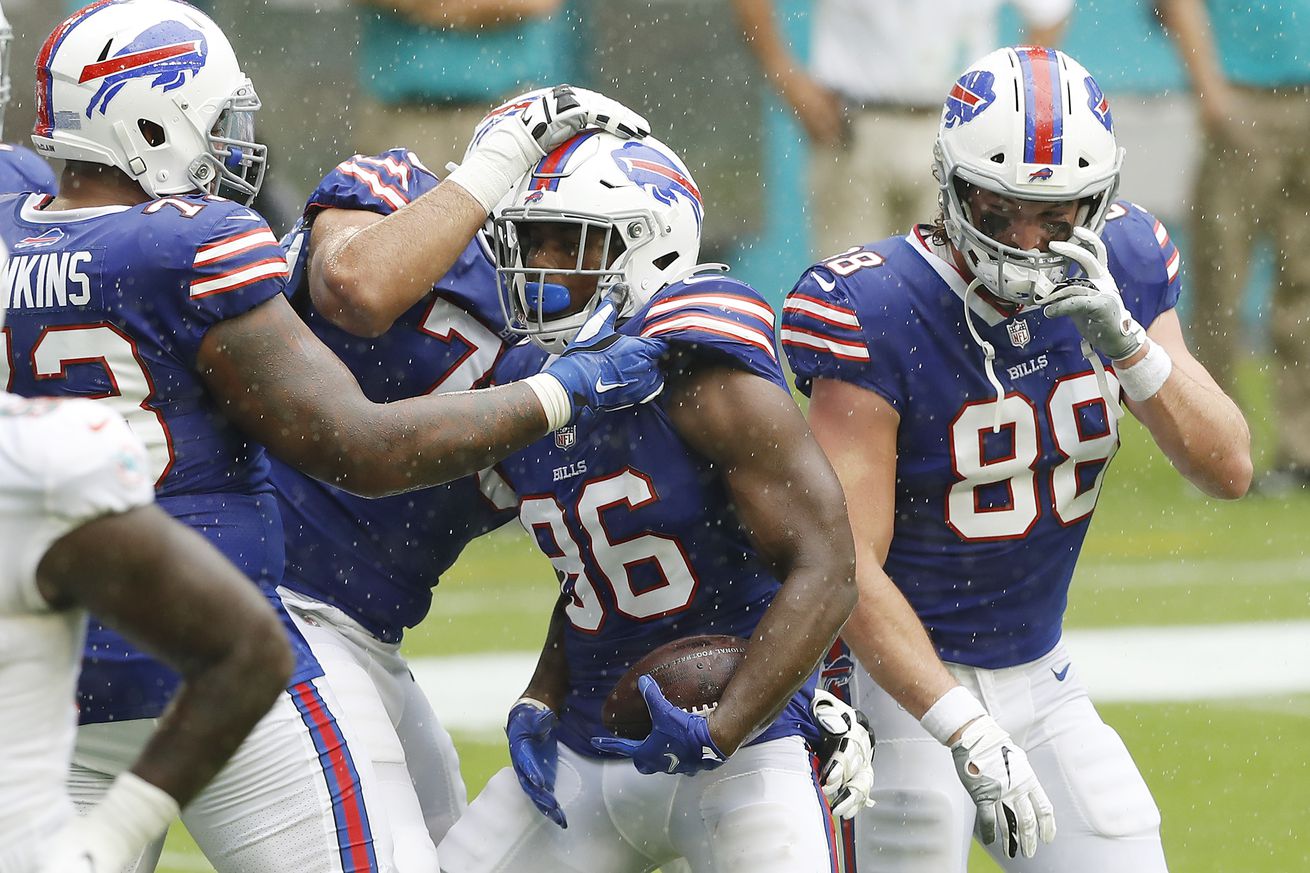 The Buffalo Bills won their second straight game against a division opponent, this time against the Miami Dolphins. It was an increasingly less rare offensive shootout, between Josh Allen and Ryan Fitzpatrick, with Allen finishing the day with career highs in yards and zero interceptions. With the quarterback’s big day, several offensive rookies were able to get involved and produce for the first time this season. More about how each rookie performed against Miami below.

Epenesa was active for the game and saw a handful of defensive snaps lined up as the right defensive end. He looked pretty spry in his limited time rushing the passer, but didn’t collect any statistics partially due to Fitzpatrick getting the ball out of his hands quickly.

The rookie only saw eight rush attempts, as the offensive strategy was again pass heavy, but he was much more productive than last week’s game against the New York Jets. Moss finished with 4.6 yards per rush and looked a bit more decisive in hitting the hole. He also had a long run called back due to a dubious “blindside” block called on Isaiah McKenzie. Overall, it was a step forward for the former Utah running back.

The offensive coaches’ usage of Davis is curious, as it’s obvious they want to get him the football any way they can. Davis was used as a wildcat runner, in a play early in the game that didn’t result in any yardage gained. Then in the fourth quarter, on his only passing target, Davis was starting to run across the back of the end zone, saw Allen scramble and reversed course, and was able to get open for an athletic, diving catch. It was a standout play for the rookie, who continues to see heavy usage in the red zone.

Fromm was again healthy scratch for the Dolphins game, a position he should find himself in for the entire season, if all goes well for the team.

The rookie kicker bounced back from his poor start to the season against New York. He made a 39-yard field goal in the second quarter, and made all four of his extra points. Once again, he was also able to boom all of his kickoffs to the end zone, forcing touchbacks. As we move through the season, it will be interesting to see if the coaches trust him with kicks from 50+ yards.

Jackson remains a member of the team’s practice squad and was therefore unable to play against the Dolphins.

While he remained a mainstay on special teams, Gilliam was able to catch his first touchdown on a short swing pass from Josh Allen. On the play, Gilliam was lined up as a fullback, flared out and was able to demonstrate some strong hands on the catch, as the ball was a bit behind him. It’s clear the coaches trust his talent as a receiver, and is likely to see more red zone opportunities.