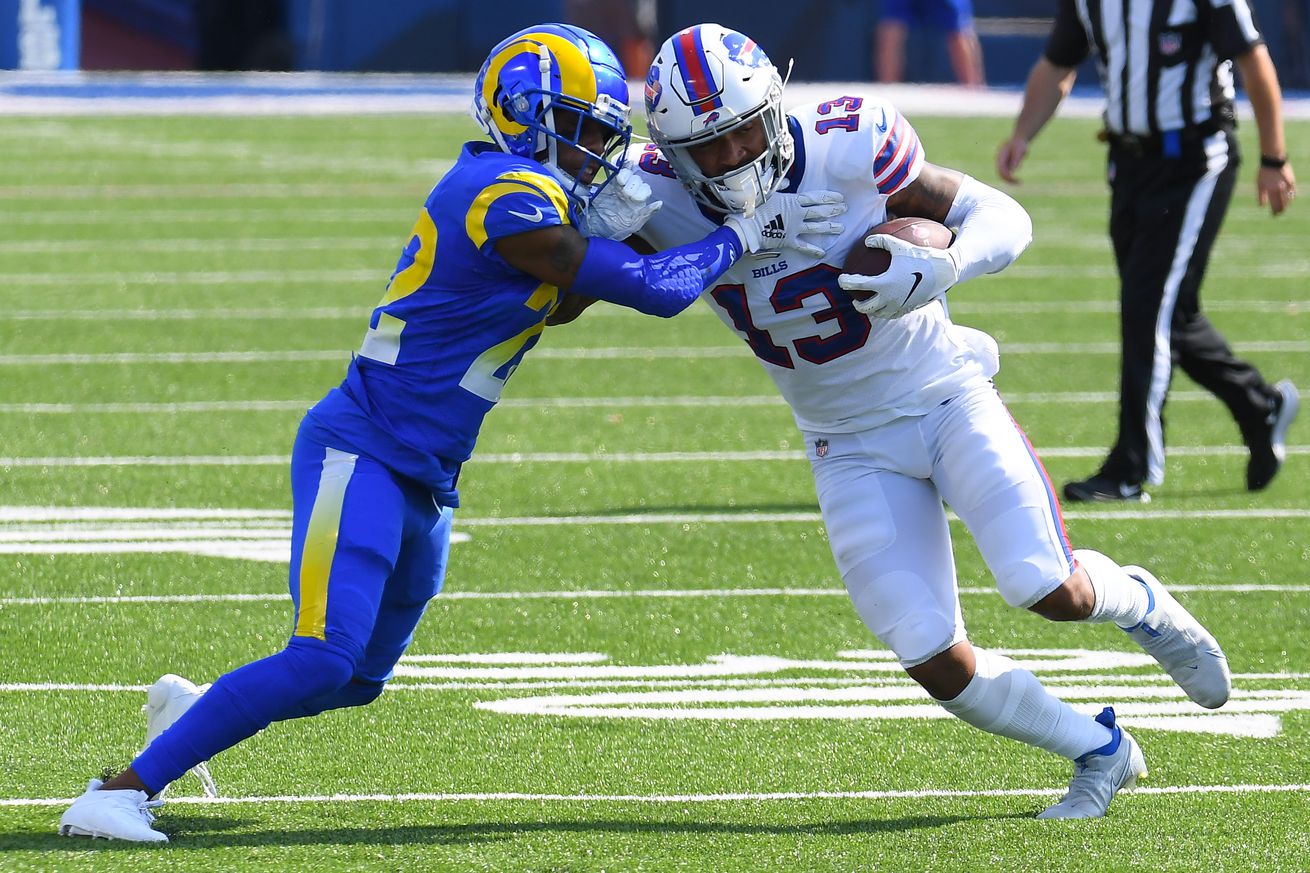 Davis has a big half, and Epenesa earned his first sack

The Buffalo Bills won their third straight game of the 2020 season, against a very talented Los Angeles Rams team that managed to claw their way back down 25 points. After the Rams came back in the fourth quarterback, Josh Allen was handed the ball with 4:30 left in the game, down four points, and managed to throw a touchdown pass to Tyler Kroft with 14 seconds to spare. It was another big day for Allen, and one of his primary targets was rookie Gabriel Davis. More about how each rookie performed against the Rams below.

The Bills coaches saw fit to activate Epenesa instead of Darryl Johnson, and the rookie rewarded that trust with the first sack of his career, on a shoe-string tackle of Jared Goff. Considering it was a part-time role, the rookie was solid in coming down with that sack, another tackle-for-loss, and two other quarterback pressures.

The rookie appeared on the injury report with a toe injury this week, and as a result, he was held out of Sunday’s game.

With John Brown leaving the game early, Davis out-snapped all other receivers with the exception of Stefon Diggs. With that much time on the field, perhaps it’s not surprising to see the rookie wideout impress, with a productive first half: four catches for 81 yards. Several of his catches were difficult, but his smooth movement and soft hands were evident. He also drew a controversial pass interference in the fourth quarter that allowed Buffalo to ice the game on the very next play. A big step for the rookie, and let’s remember, he’s still only 21 years old.

As with the previous two games, Fromm was again healthy scratch for the Rams game. This should remain the case throughout the season.

Bass wasn’t asked to kick any field goals, as the team was more interested in scoring touchdowns when in the red zone, but the rookie kicker did go 5/5 on extra points and boomed each of his kickoffs out of the end zone for touchbacks.

Jackson remains a member of the team’s practice squad and was therefore unable to play against the Rams.

After catching his first touchdown last week, Gilliam only saw the field for one offensive snap against Los Angeles. He was a regular on special teams again, however.