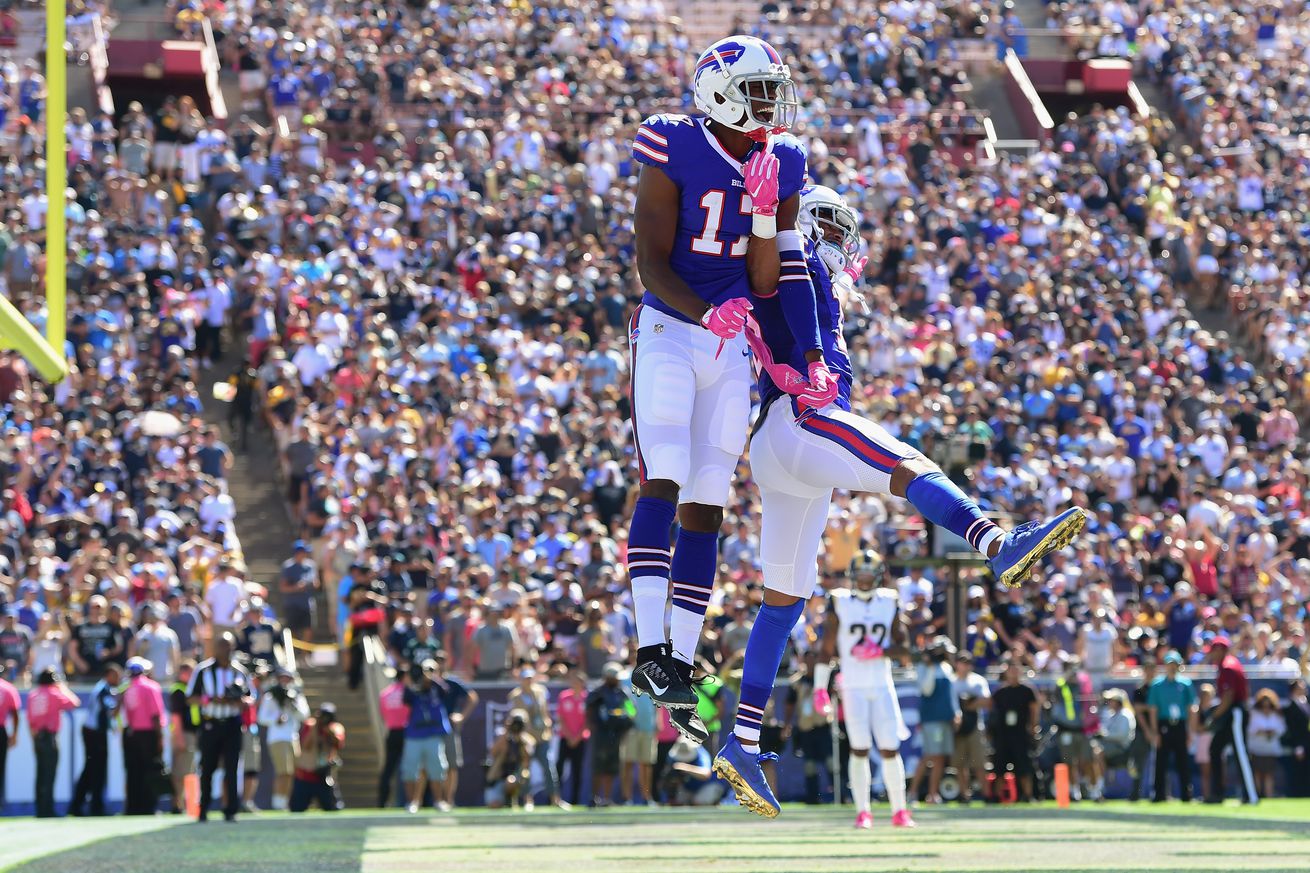 The Bills are looking for their second straight 3-0 start.

The Bills and Rams are two of the 11 remaining undefeated teams in the NFL heading into Week 3, and this is the only Sunday showdown between two unbeatens (the Kansas City Chiefs travel to face the Baltimore Ravens on Monday night).

Buffalo is searching for its second straight 3-0 start, and when the Bills win their first three games, it’s usually a good omen for a playoff berth. Buffalo has opened 3-0 11 times in their history, with eight of the previous ten squads qualifying for the playoffs.

Josh Allen is coming off his best game as a professional, tossing for a career-high 417 yards with four touchdowns in a 31-28 win over the Miami Dolphins. Wide receivers Stefon Diggs (eight catches for 153 yards and a TD), Cole Beasley (5 for 70) and John Brown (4 for 82 and a TD) combined for two receiving TDs, 17 catches and 305 yards for the Bills new-look offense. The Bills also ran 23 times for 112 yards vs. the Dolphins, led by running back Devin Singletary (10 catches for 56 yards), who will shoulder a larger share of the running responsibilities with backfield mate Zack Moss ruled out with a toe injury.

All-Pro defensive end Aaron Donald was limited to one tackle and one QB hit (no sacks) as the Rams failed to bring down Carson Wentz in the win but did pick off Wentz twice. After a 21-3 lead had been whittled down to 24-19 with 12:07 remaining, the Rams outscored the Eagles 13-0 down the stretch to improve to 2-0.

This will be the 13th meeting all-time between the Bills and the Rams.

The Bills lead the series 7-5, with Buffalo winning three of the last four meetings, including a 30-19 triumph in Southern California on Oct. 9, 2016. Tyrod Taylor passed for two touchdowns, LeSean McCoy rushed for 150 yards, and Nickell Robey returned an interception 41 yards for a TD in the win.

The last time the Rams came to Western New York, they were the St. Louis Rams and they defeated the Bills 15-12 on Dec. 9, 2012. Fitzpatrick tossed a two-yard touchdown pass to Lee Smith for a 12-7 lead late in the third quarter, but Sam Bradford threw a 13-yard TD pass to Brandon Gibson, then hit Chris Givens for the two-point conversion with 48 seconds remaining to lift the Rams to victory.

Buffalo is currently listed as a two-point favorite. Here are all the ways to catch Sunday’s game from home:

Channel: The game will be carried locally on FOX on WUTV 29 and CFTO 9 in Buffalo, WUHF 31 in Rochester, WSYT 68 in Binghamton, Elmira, Syracuse and Utica, and WYDC 48 in Elmira. View the broadcast map.