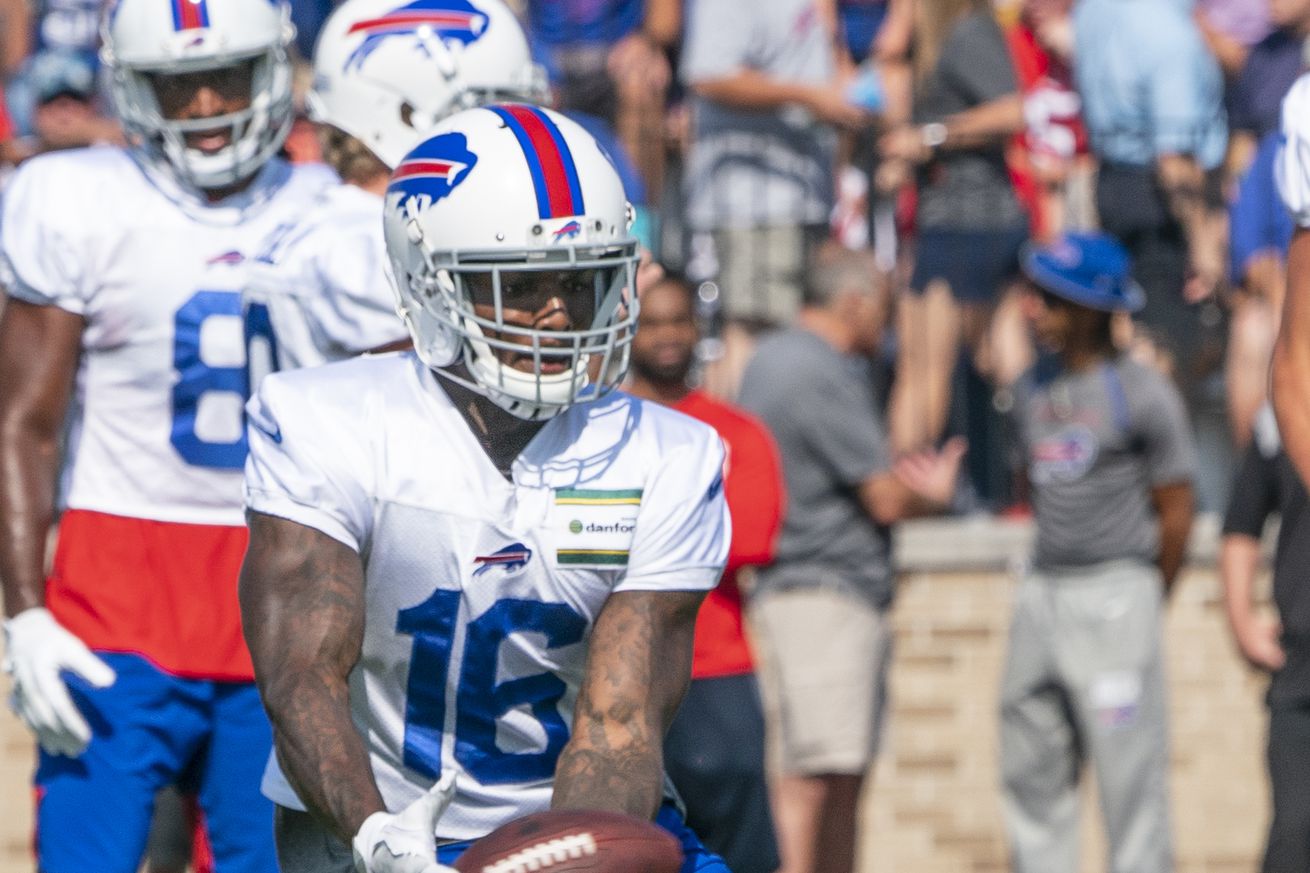 more players on the injury list right off the bat.

The Buffalo Bills were on the field for the second consecutive day on Tuesday, but several teammates were not in action. The biggest storyline out of the early going is the short-term injuries going through the team. Lots more from Friday below.

Always a concern at training camp, they are creeping in after only one day of practice. The biggest name on the injury report is DT Ed Oliver, who stretched with the team before working with trainers during practice. He was also limited on Monday with a hip injury.

Wide receiver Robert Foster missed practice and is in the concussion protocol. He’s fighting for a roster spot but will be out for at least a few days. Also missing practice was WR Gabriel Davis, who bruised his leg yesterday. He isn’t going to lose a roster spot, but completely sat out Tuesday after impressing on Monday

Another guy locked in a roster battle who missed practice was FB Patrick DiMarco, who saw Reggie Gilliam make a big catch down the seam over the linebacker today. DiMarco is dealing with neck soreness.

Jon Feliciano (torn pec) and Tommy Sweeney (PUP with a foot injury) are still out, as well.

Isaiah Hodgins and Vosean Joseph were once again in red non-contact jerseys.

There was some good news, too! Cornerback Levi Wallace and right tackle Ty Nsekhe returned to practice after sitting out yesterday.

For the second day, RB Zack Moss stood out. While there isn’t live tackling, he’s moving well and not letting guys get great hits on him and doing good things in the passing game. Fullback Reggie Gilliam is also looking good in pass drills.

Stephen Hasuchka made more kicks today than Tyler Bass did yesterday. The veteran was 6-of-7 including 2-of-3 over 50 yards. Bass kicked yesterday, going 6-of-9.

Defensive end Mario Addison turned heads, blowing past guys one-on-one in pass rush and moving the pile with his strength on a bull rush. If you were worried about losing Shaq Lawson, you probably don’t need to be. The defensive line in general had a solid day according to Matt Parrino.

Isaiah Hodgins continues to pop up in beat reporters’ tweets and practice recaps and might be playing his way onto the roster early on here in camp. He was a bubble player heading in.