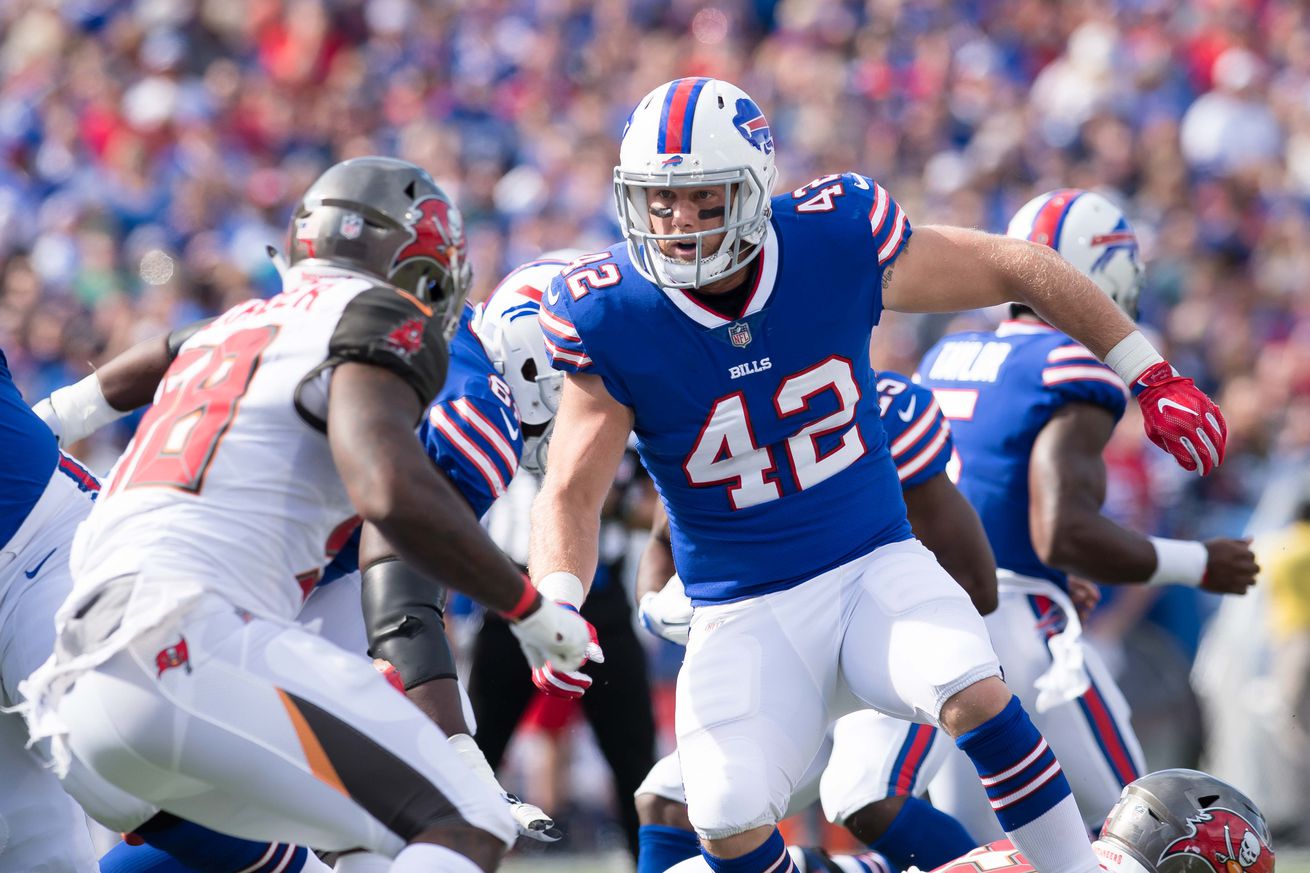 On a day with no media access, we give an injury rundown.

The Buffalo Bills don’t have a public practice on Wednesday and will conduct a live scrimmage on Thursday night, so it’s a good time to take stock of the injuries affecting the roster battles. Some are starting to become problematic.

We’ll go in order from furthest potential return to closest.

Feliciano remains on the shelf due to his torn pec. He’s likely going to make the initial 53-man roster and then be placed on injured reserve. Then he’ll be eligible to come back a few weeks later under the revised IR rules for 2020.

Sweeney is still on the Physically Unable to Perform list with what’s rumored to be a broken foot. The longer this drags on, the more likely it is they eventually place him on injured reserve to stash him for a season kind of like what they did with Jason Croom last year. He could be back next week, too. We don’t know when he suffered the injury.

Norman injured his hamstring over the weekend and could be out a few weeks. Levi Wallace—the incumbent starter—is the next man up, which is a pretty good place to be. Head coach Sean McDermott indicated it could still be a while before we see the veteran CB back on the field.

We don’t have anything official on DiMarco other than he has a sore neck, but he’s been out for a week and a half now. That’s a long time considering he’s in a pretty serious fight for his job with UDFA Reggie Gilliam.

Jones injured his knee. Knowing his role is pretty darn safe as the team’s top gunner and special teams ace, they are likely going to err on the side of caution and keep him off the field until he’s 100%.

Wade tweaked his quad on Monday causing him to miss Tuesday. Soft tissue injuries like this can be hard to predict, but we haven’t heard that it’s a particularly serious injury.

Thompson sat out Tuesday with knee soreness. Playing for a roster spot, we doubt he’s going to miss Thursday’s scrimmage.

Foster suffered a concussion early on in training camp but has been working back. On Tuesday he participated in team drills with the red non-contact jersey—the last step of the protocol before he’s fully cleared.