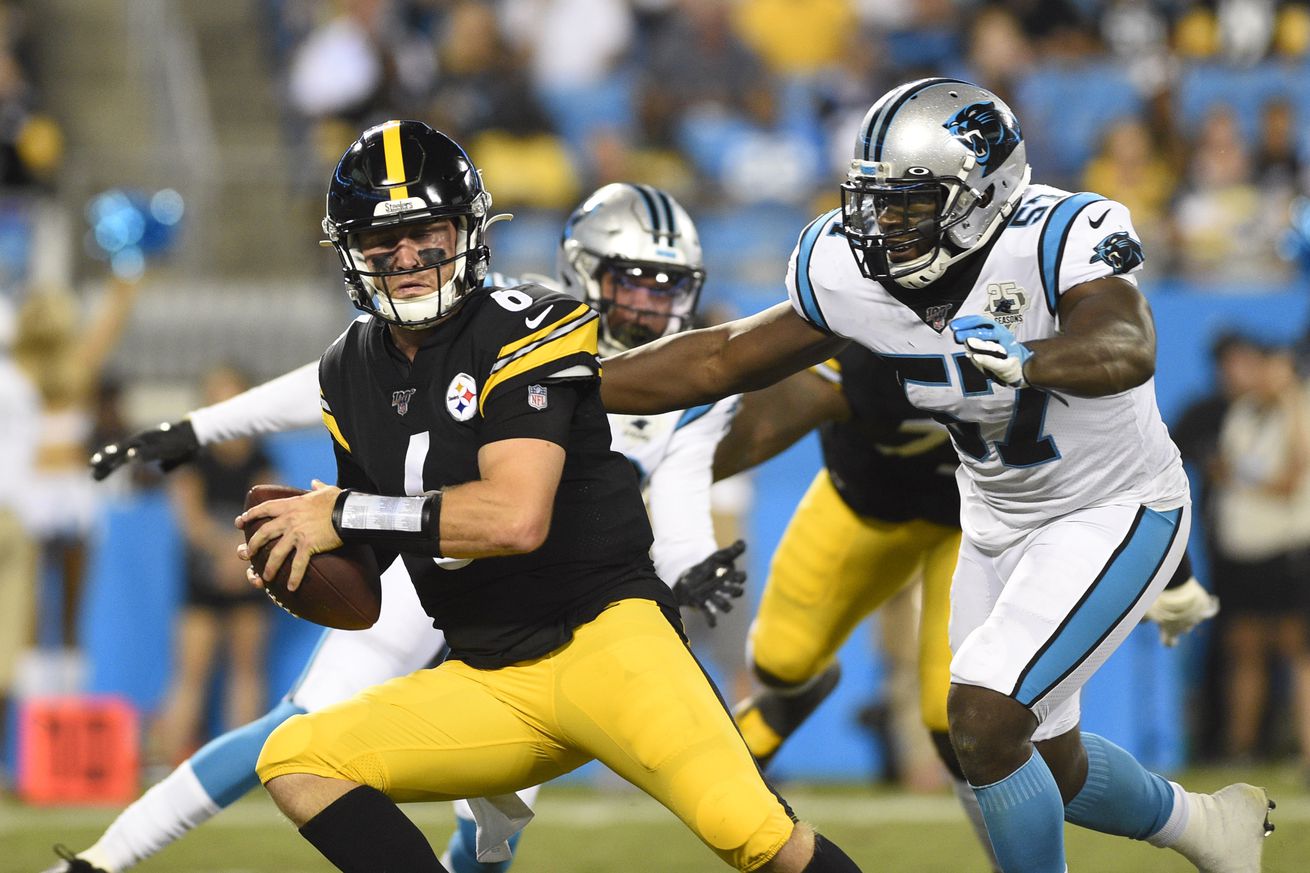 A cheap trade to jump ahead of the waiver wire.

The Carolina Panthers have traded linebacker Andre Smith to the Buffalo Bills, who coordinated the deal after Carolina announced their intent to waive the third-year player. Smith, a former seventh-round pick by the Panthers, joins the Bills for the price of a seventh-round pick in the 2023 NFL Draft, per NFL Network’s Ian Rapoport. Yes, that’s 2023, as in three full years down the line. The Bills were just looking to skip ahead of the waiver claim line.

Smith was picked in 2018, in the same seventh round pick that the Bills traded to the Panthers as part of their deal for Kelvin Benjamin. In his two pro seasons, he’s appeared in 19 games. Last year, Smith had five tackles playing primarily on special teams.

The deal gives the Bills another chance to evaluate their special teams core in the remaining two weeks before their season opener. When it comes to the linebackers: Tremaine Edmunds, Matt Milano, A.J. Klein, and Tyler Matakevich are roster locks. But Tyrel Dodson, Vosean Joseph, and Corey Thompson can’t say the same, and the latter two have dealt with injuries this summer. Smith may be able to stick in Thompson’s place as a backup who mostly plays during the kicking and punting plays.