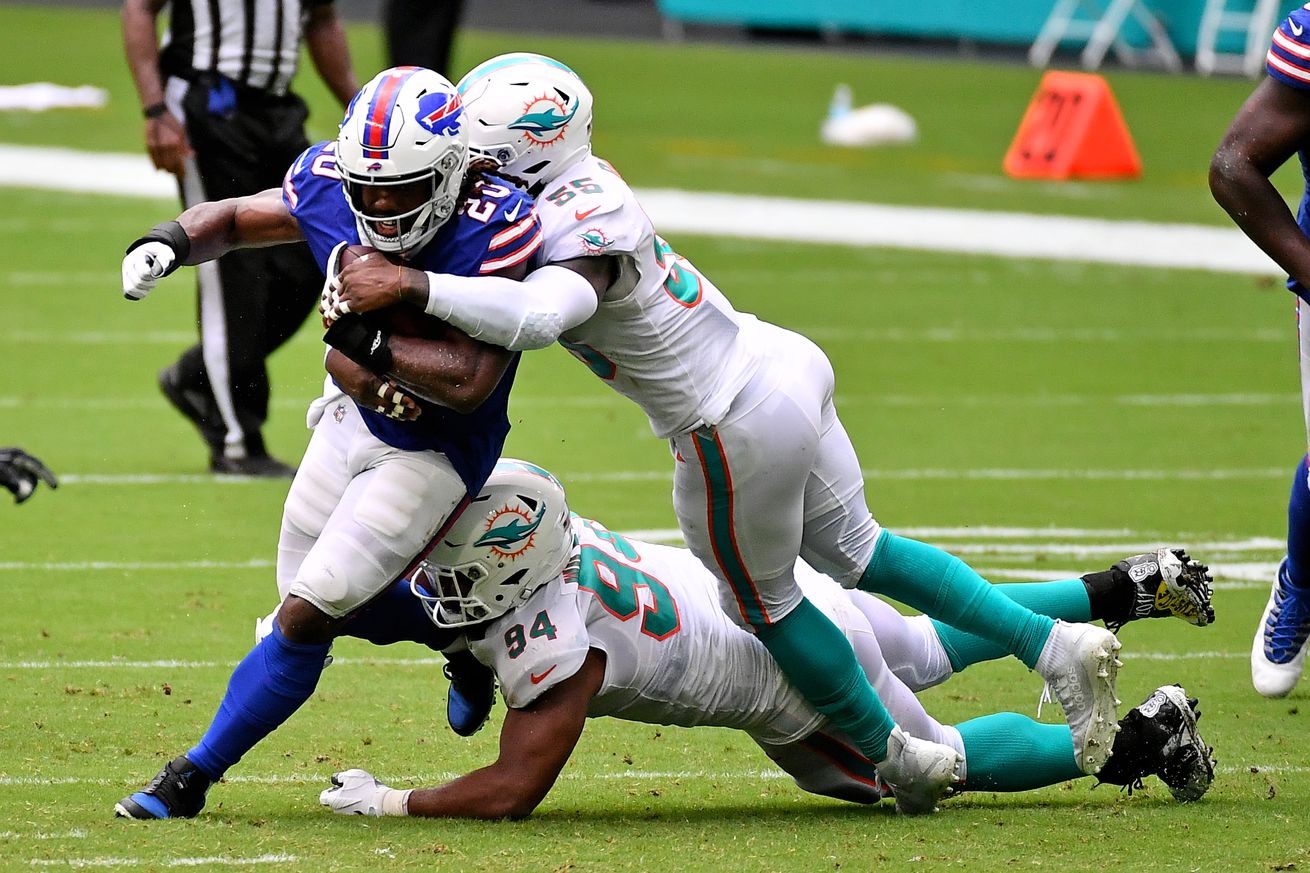 Eight starters showed up on the list in some fashion.

The Buffalo Bills went into Miami with three linebacker injuries. They returned home with a whole lot more. In Wednesday’s practice report, ahead of the team’s battle with the Los Angeles Rams, a whopping eight starters were listed on the report, which featured 11 names in total.

We’ll start by getting two names out of the way who showed up for unexciting reasons. Defensive end Jerry Hughes did not practice, but it was a veteran rest day. As has been the custom for this season, rookie quarterback Jake Fromm was a limited practice participant because he’s working in isolation from the rest of the team.

Next are the holdover injuries from Week 1. Both Tremaine Edmunds (shoulder) and Matt Milano (hamstring) were limited participants in practice. It’s a good sign for Milano, who didn’t practice at all last week. Edmunds was still wearing a no-contact jersey, and worked off to the side during the open portion of practice. Reserve Del’Shawn Phillips (quad) didn’t practice.

Tre’Davious White was listed as a limited participant with a shoulder injury. He wore a no-contact jersey in practice, but had some competitive reps in one-on-ones and didn’t seem to be held back by an ailment.

A host of other Bills didn’t practice on Wednesday. Ed Oliver (knee) was seen on the field, but without any pads. Zack Moss (toe), Dawson Knox (concussion), and Cole Beasley (hip/thumb) all didn’t practice. Neither did Taron Johnson (groin). Oliver, Moss, and Knox had all suffered injuries during the game against the Dolphins, though the former two returned to play out the string. But Beasley and Johnson’s injuries were news.

Some of these players could be back in fighting shape before long. Last week John Brown missed Wednesday’s practice with a foot injury, only to be fully cleared by Friday. But the early signs aren’t looking good ahead of Sunday’s showdown with the 2-0 Rams.