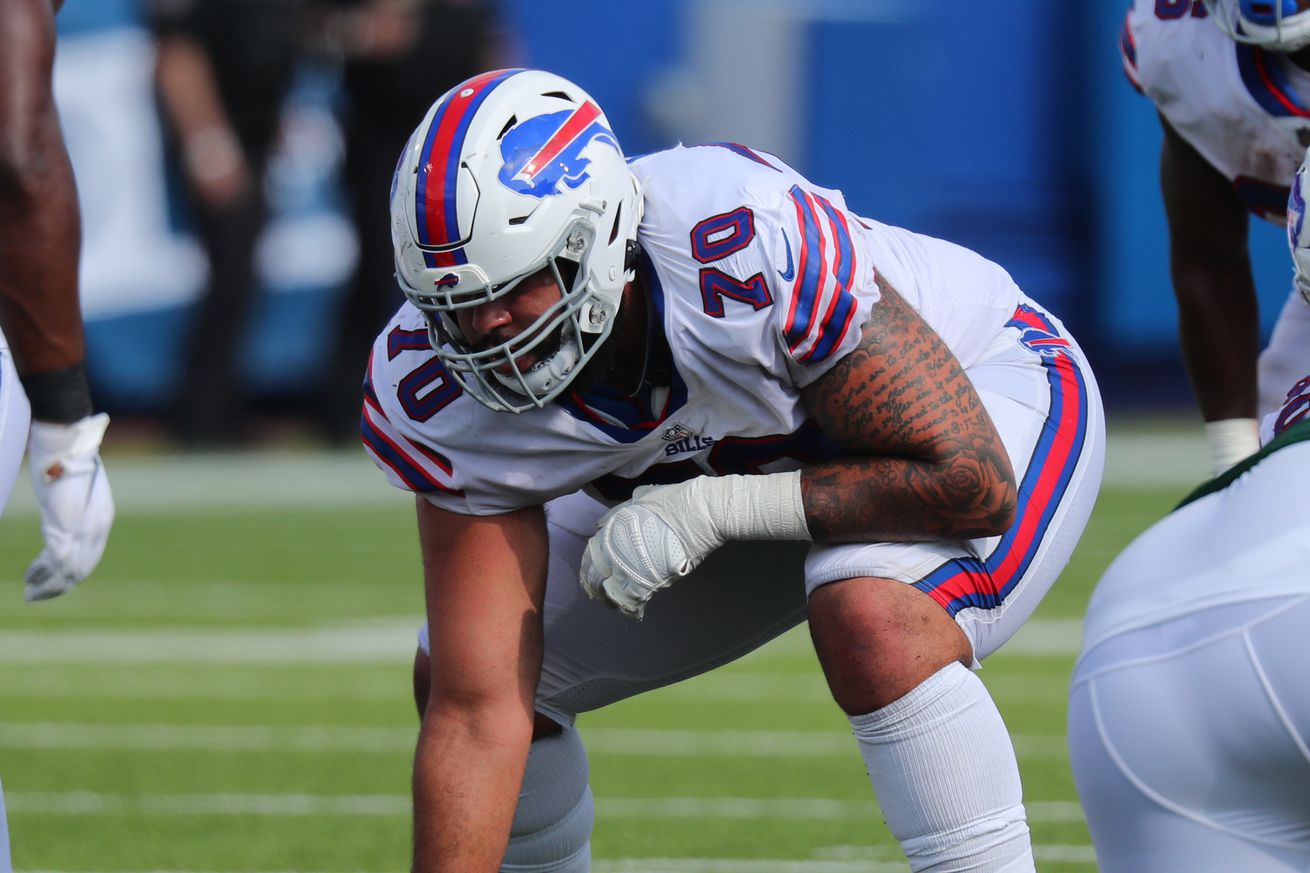 The Miami Dolphins were a tougher out than many expected but the Buffalo Bills scored their second victory of the season in Week 2. Josh Allen had the best game of his career for the second week in a row as well. Let’s see who pitched in and how much in our weekly look at snap counts.

The 100% club was a little off this week with four of the usual six members hitting that mark. Josh Allen, Dion Dawkins, Mitch Morse, and Darryl Williams making the cut. Cody Ford and Quinton Spain were the two who fell short. Ford was replaced by Brian Winters during the game, then Ford took over for Spain for a few snaps. So much for not rotating offensive linemen.

Though Stefon Diggs had more targets, John Brown had a higher percentage of playing time. The rest of the wide receiver group played out as expected with Cole Beasley up next followed by Gabriel Davis, Isaiah McKenzie, and Andre Roberts.

Devin Singletary remained in the lead for RB snaps but the Bills are running a committee approach for sure with Zack Moss nearing 50% himself. Based on counts, the Bills had at least one snap with both on the field at the same time.

In a bit of a shock, Tyler Kroft played more than Dawson Knox at the tight end spot. Reggie Gilliam contributed in that role for a mere three plays but managed to get a touchdown out of it.

Nobody made it to 100% on defense this week. The closest players were the usual group of Jordan Poyer, Micah Hyde, Tre’Davious White, Levi Wallace and the linebackers. Subbing in for the usual Tremaine Edmunds and Matt Milano were Tyrel Dodson and A.J. Klein. Levi Wallace was the lowest of this group with 87%.

Levi Wallace was followed closely by Taron Johnson as the Bills remain dedicated to running a nickel defense. Adding up the snaps, the Bills ran nickel 85% of the time this week. That’s actually a small decrease from Week 1.

Jerry Hughes and Trent Murphy remain the highest snap totals for purely defensive end. Mario Addison subbed in quite a bit on both sides of the line as defensive end, but the numbers suggest Addison was used as a tackle and linebacker throughout the game, reinforcing his status as the new hybrid player. A.J. Epenesa saw his first game action this week as well with 17 reps.

The defensive tackles are looking to be game-plan-dependent like the rest of the team. Quinton Jefferson saw the most snaps this week, followed by Harrison Phillips and Ed Oliver. Last week it was Oliver, Jefferson, then Phillips. Vernon Butler is right in the mix despite coming in fourth. Oliver did leave the game briefly with an injury.

The core group looked much the same as last week. Tyler Matakevitch led the way again, but saw an increase from 69% to 83%. Last week, Matakevitch was the only player to break 60%. This week Dean Marlowe, Siran Neal, Jaquan Johnson, Taiwan Jones, and Deon Lacey broke that threshold. Most of these players were at 67% except Johnson who hit 70%. Neal, Johnson and Jones were all part of the core group in Week 1. Darryl Johnson and Tyler Kroft were in the club Week 1, but not against the Dolphins. Both still played on special teams, but saw a small reduction to fall from the core group listing.