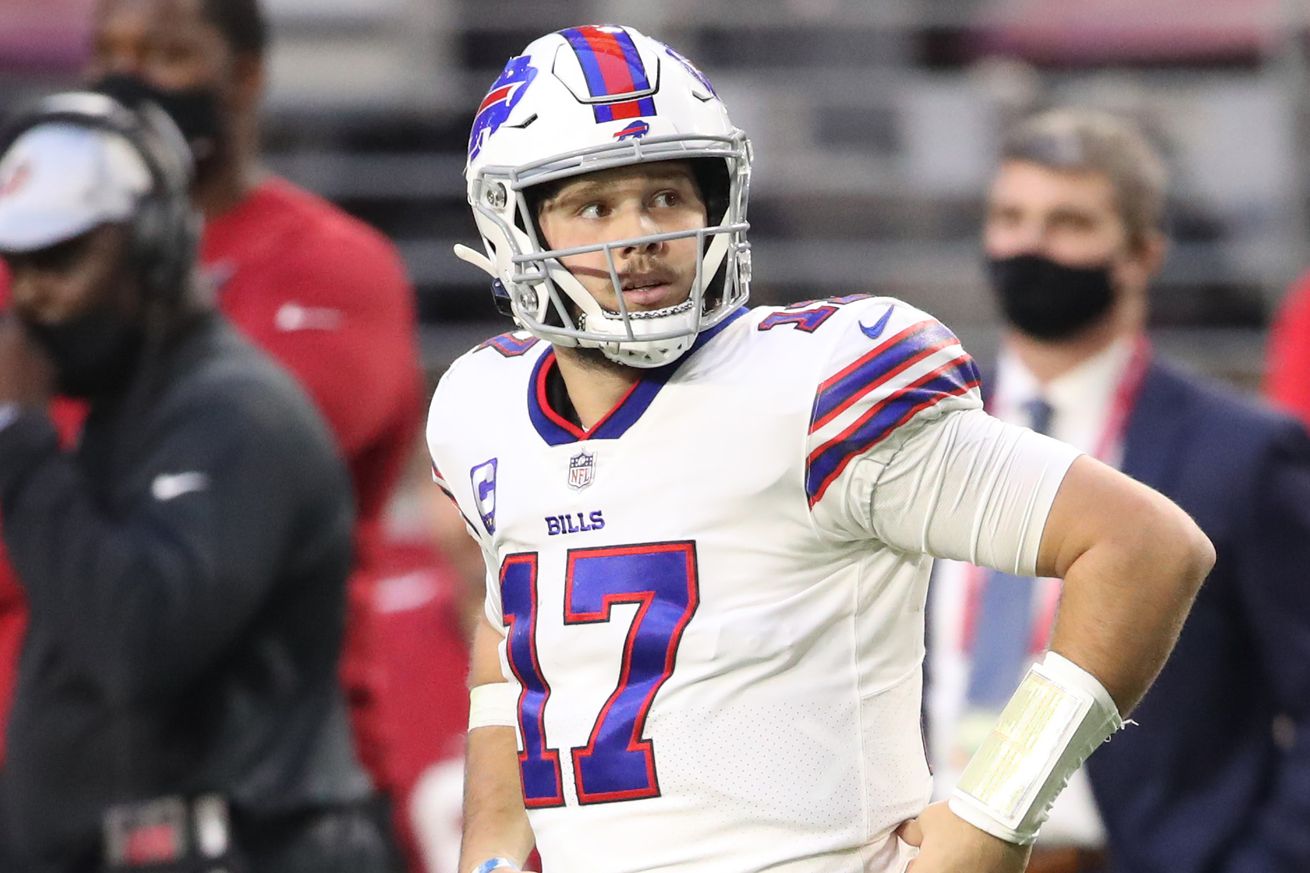 I know this is gonna sound crazy, but stick with me for a second. There was more than one play in the Buffalo Bills’ loss to the Arizona Cardinals. It might not be apparent in game highlights but I swear it’s true. Under the assumption that lots of plays occurred and, theoretically, helped determined the outcome of the game let’s see who played and how much.

The entire 100 percent club made it this week, which is the first time in what feels like forever. Jon Feliciano, Dion Dawkins, Darryl Williams, Ike Boettger, Brian Winters, and Josh Allen all made it through the game intact. That’s good news going into the bye week where dinged up players have a chance to get healthy as well.

Stefon Diggs flirted with the club as he has all year. After Diggs it went Cole Beasley then John Brown, likely as a result of the latter injuring his ankle late in the game. Gabriel Davis saw a typical amount of time on the field as did Andre Roberts. Isaiah McKenzie’s nine snaps isn’t a lot but represents a bit of an uptick from the last couple weeks.

Zack Moss and Devin Singletary continue to split mostly evenly. Moss had the edge in counts for the second week in a row.

With Tyler Kroft not making the trip, Dawson Knox received the lion’s share of snaps at tight end. Lee Smith had his highest total of the year and rookie Reggie Gilliam only nominally saw the field on offense.

This is an interesting week for the defense and the 100 percent club. With five players making the cut, a first glance suggests that the group was only one short of expected. Only four fall under “expected” this week. Jordan Poyer, Micah Hyde, Tre’Davious White, and Tremaine Edmunds specifically. Usually the second linebacker and another outside corner would make the list. A.J. Klein fell a bit short at linebacker and Taron Johnson isn’t an outside corner though he joins the club this week.

A.J. Epenesa suffered a concussion in the first half, which limited his time on the field. It’s likely that without an injury we’d have seen less Darryl Johnson and possibly Trent Murphy. Mario Addison and Jerry Hughes led the way as always, with a perfect match in snap counts at 49 each.

Defensive tackle has been a week-to-week plan. This week Vernon Butler took the top spot with Quinton Jefferson and Ed Oliver barely trailing in the second and third spots. Justin Zimmer rounded out the group. Harrison Phillips was a healthy scratch again.

Tyler Matakevitch (who else) was on top of the pile here with 82 percent of special teams snaps. Next up is Darryl Johnson at 76 percent. Darron Lee, Andre Smith, and Jaquan Johnson all tied at 64 percent of playing time. The only new name is Lee who was signed to the practice squad two weeks ago.