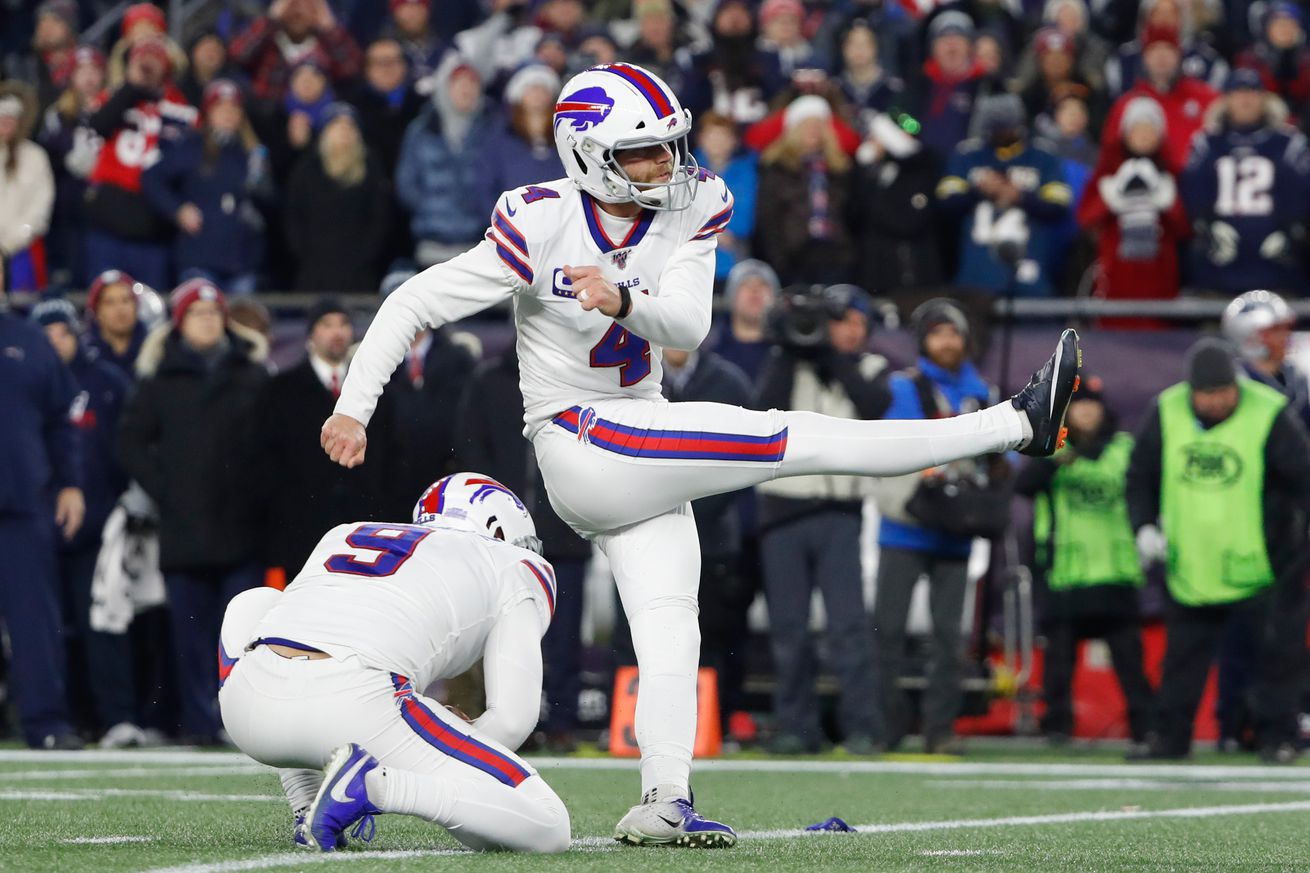 Tyler Bass and Corey Bojorquez are your champs.

Hauschka is the biggest name on the list. The move saves Buffalo $2,175,000 in salary in 2020 and $1.5 million in cap space. The veteran has been declining in recent years, especially beyond 50 yards. He has been under 80% in overall field goal percentage the last two years and was just 1-of-5 from beyond 50 in 2020.

Bass was selected in the sixth round of the 2020 NFL Draft and always had the inside track to the roster because of it. After kicking inside the stadium during today’s scrimmage, the Bills made the decision to hand over the keys to the kid.

The Bills signed Edwards just this week after releasing Kaare Vedvick. Bojorquez has been in Buffalo for 1.5 seasons after being claimed off the New England Patriots in 2018.

Just this morning, head coach Sean McDermott said he was considering keeping two kickers on the roster as a way to buffet against a late-week COVID-19 test. That appears now to have been just a bit of puff.