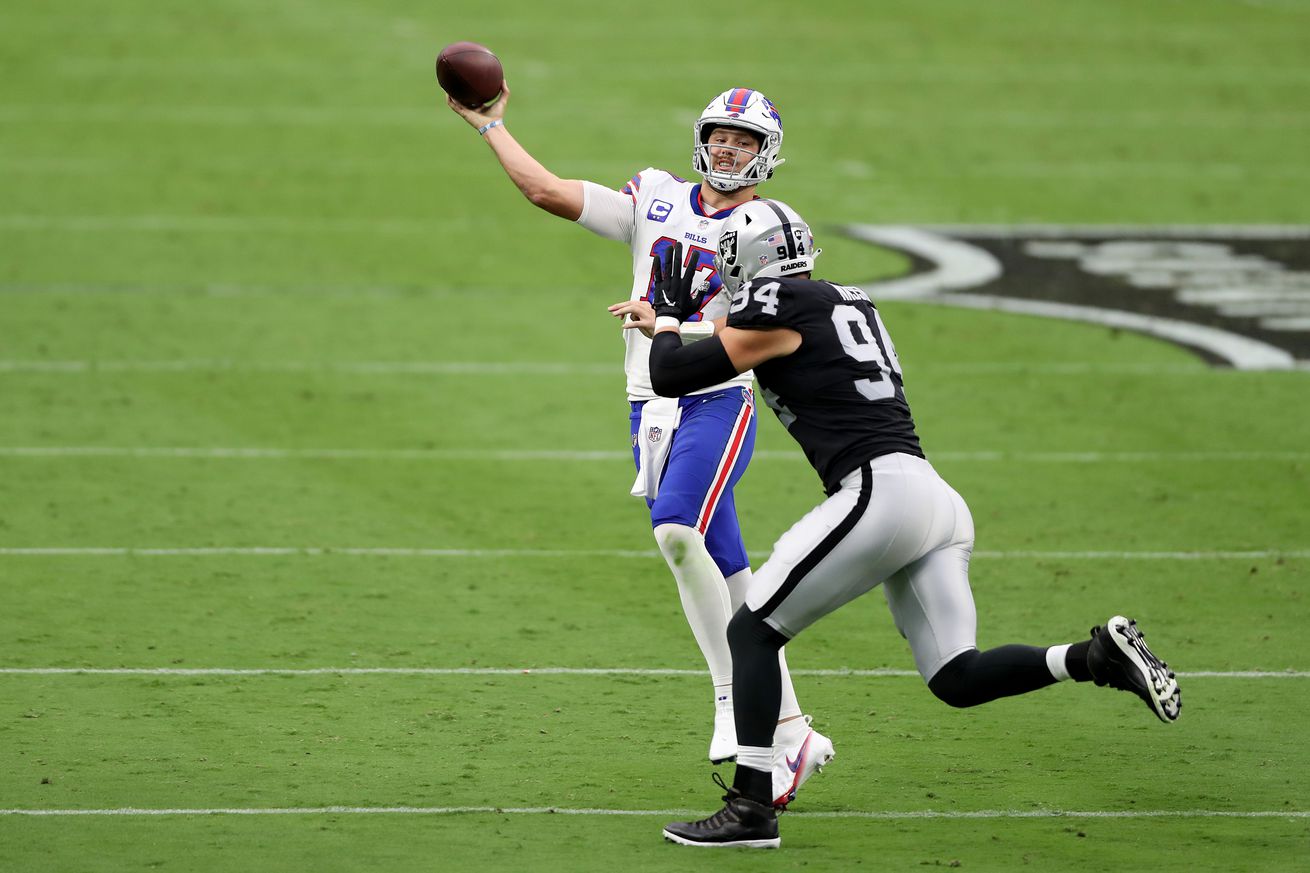 Buffalo Bills quarterback Josh Allen has left the game against the Las Vegas Raiders and immediately headed to the locker room. He was tackled on a third-down throw and banged his left arm against the turf as he was being brought to the ground. Allen immediately grimaced when he hit the ground, and shook his non-throwing hand as he got up. It could be a shoulder jam or a broken bone in his left arm.

WTH is 99 doing other than launching & targeting.. no flag.. now Allen is hurt pic.twitter.com/46gd6Cc0AB

Allen broke his throwing shoulder collarbone while he was at Wyoming.

Matt Barkley is the only other quarterback active against the Raiders. Jake Fromm is inactive and Davis Webb remains on the practice squad. Obviously, the offense would need to change a bit for Barkley who doesn’t have the arm or athletic ability of Allen.